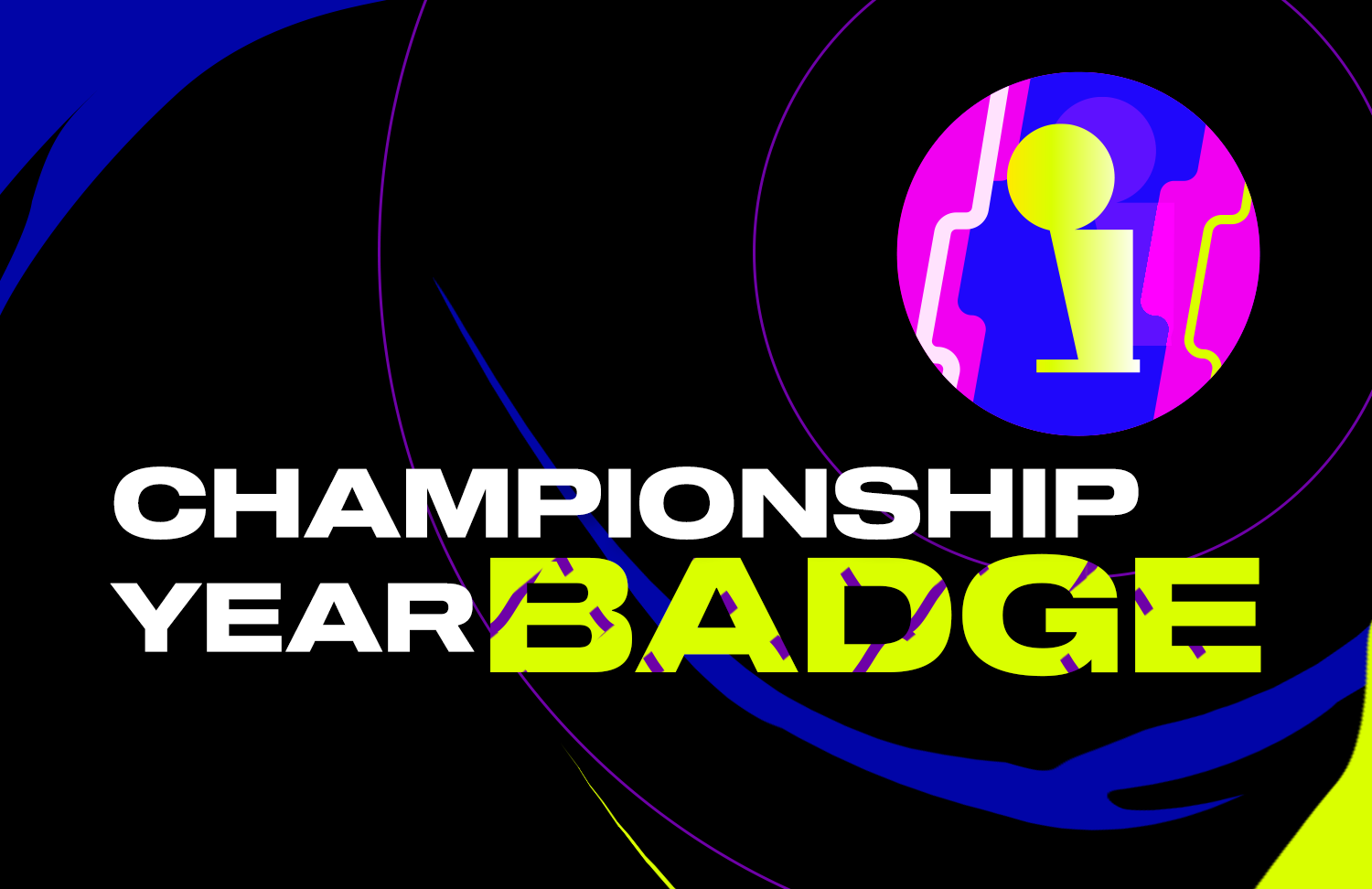 Greatness deserves to be recognized and celebrated. At NBA Top Shot, we crown each season’s champion with a badge acknowledging their achievement and the dedication it takes to reach the pinnacle of basketball — the Championship Year Badge.

The Championship Year Badge is applied to every single Moment for the 2021-22 Golden State Warriors, making it easy to find, filter and identify the Moments that make up a season that culminates with the Larry O’Brien Championship Trophy.

When NBA Finals packs drop on Thursday, June 23, the Common and Legendary Moments coming out that capture the best of the Golden State Warriors six-game Finals performance will all sport the Championship Year Badge.

Every Golden State Warriors Moment, dating all the way back to October 19, 2021, has the badge.

Steph Curry’s record-setting and history-making three-pointer in Madison Square Garden has the badge.

‍Steph Curry’s first buzzer-beating game-winner ever has the badge.

‍Klay Thompson’s comeback after 941 days away from the game, which features his narration about his personal and professional journey, has the badge.

‍Andrew Wiggins’ monster dunk from the Western Conference Finals, capturing the first-time All-Star’s rise and redemption, has the badge.

‍Jordan Poole’s first Legendary Moment, a beautiful three in a breakout third season, has the badge.

‍Draymond Green’s Metallic Gold Christmas dish, showcasing all the hustle and energy that defines his game, has the badge.

‍Gary Payton II’s gravity-defying Throwdowns dunk, with a sick assist from Steph Curry, has the badge.

‍Rookie Jonathan Kuminga’s first-ever points, a three-pointer worthy of a Splash Brother, has the badge – making it one of the only Moments to have 5 badges.

Juan Toscano-Anderson. Kevon Looney. Moses Moody. Andre Iguodala. Nemanja Bjelica. Every single Golden State Warriors Moment from their historic 2021-22 season now has a Championship Year Badge on it, and you can collect them today to commemorate this incredible season and celebrate your fandom.

New to NBA Top Shot? Badges are how we make it easy to discover significant Moments that capture NBA history.

The Championship Year Badge is applied to every Moment captured as a NFT and digital collectible during a NBA and WNBA team’s championship season.

The MVP Badge is applied to every Moment from a NBA and WNBA MVP player’s MVP winning season.

The Challenge Reward Badge is applied to every NBA and WNBA Moment earned by completing a Top Shot Challenge — these Moments were never released in a pack drop and minted to match the number of completions from each specific challenge.

A number of Rookie Badges exist — Premiere, Year and Mint — specific to a Rookie’s First Game, First Season, and whether or not the Moment itself was minted on the blockchain during that rookie season, help capture every Rookie Moment over time on Top Shot.

Congratulations to the Golden State Warriors on being the champions of the 2021-22 NBA season!