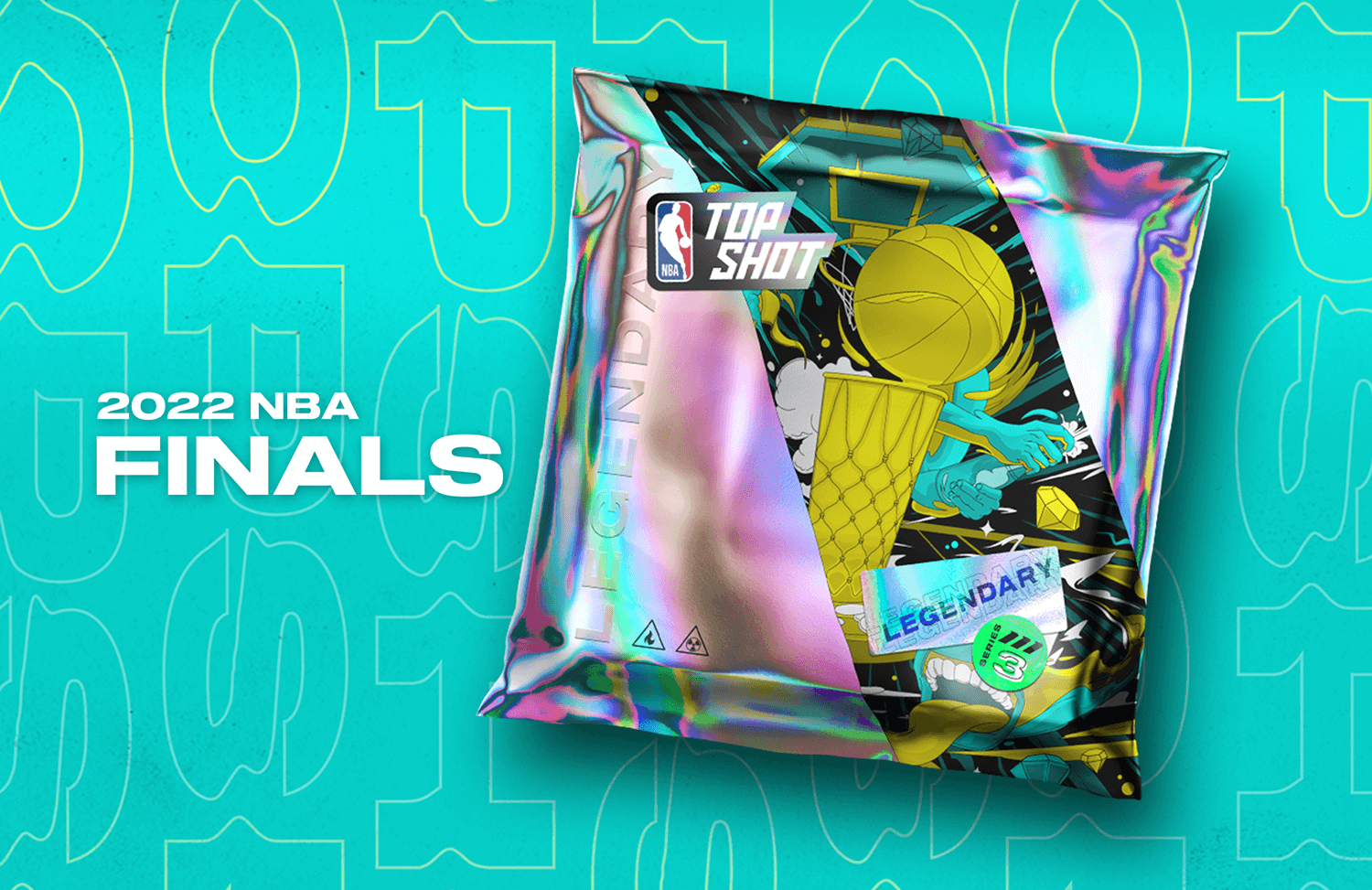 The NBA Finals have come to a close, with the Golden State Warriors crowned as NBA champions despite a valiant effort by the Boston Celtics. With history written and the Larry O'Brien Championship Trophy back in The Bay, we’re gearing up for exciting Legendary and Common pack drops that will capture each team’s heroics as digital collectibles.

On Thursday, June 23, 2022, the best highlights and most important plays from the NBA Finals will be released as NBA Top Shot Moment™ NFTs. The final chapter in a Playoffs story to remember.

Our curation team has been bookmarking their favorite plays from each game, and we look forward to revealing and discussing every NBA Finals Moment with our NBA Finals Mint Reveal Show on Wednesday, June 22.

With more details on Thursday's NBA Finals drop now available, we've updated this blog post with additional information for our collectors and community.

Legendary NBA Finals packs will be available across 4 Queues, with 510 total packs available, each containing:

These packs will be available for $999 each, and anyone who purchases one will also receive a $200 NBA Top Shot Marketplace Credit in their Dapper Wallet within a week of the drop.

The Queue details can be found here:

Holding a complete duplicate set, for example, two of each 2021 NBA Finals Legendary Moment, does not make you eligible for two airdropped Legendary packs. This has been our stance and approach for the duration of Series 3.

9,000 2022 NBA Playoffs: Finals packs (4pm ET) will be available across one General Queues with no Total Drop Score requirement to participate, with each containing:

These packs will cost $19, and in addition to joining the Queue for the chance to add one to your collection, there will be opportunities to win these packs as prizes from NBA Top Shot Challenges and other social games and contests we’ll be running in the coming days and weeks.

Collectors who hold every 2022 NBA Playoffs Moment to date – excluding the Finals Moments being released in this drop – will receive one airdropped pack.

A maximum of 7 airdropped 2022 NBA Playoffs: Finals packs could be earned if a collector held all of the eligible complete sets at the time of the snapshot.

As we celebrate the Golden State Warriors championship-winning performance and the best of the Boston Celtics Finals efforts, we’re excited to roll-out a special new experience for our Legendary NBA Finals pack drops that we think you’ll love.

We are constantly exploring ways to improve the pack drop experience and how collectors can secure the newest packs in different ways. For the Legendary NBA Finals pack drop, we’re rolling out the first iteration of an “allowlist” concept that gives a small subset of eligible collectors the guaranteed opportunity to purchase a pack.

At Friday, June 17 at 3pm ET, we took a blind snapshot of every collector holding a #75 serial Moment from Series 3 — the season celebrating the NBA’s 75th anniversary. Every #75 serial Moment held qualified as an entry into a random drawing for our “Queue Allowlist.”

30 lucky winners were chosen — each winner has the guaranteed right to purchase an NBA Finals Legendary Pack in a special Queue that will remain open for 24 hours to maximize convenience for each participant.

Here’s a full list of all 30 winners for the #NBA75 Legendary Queue Allowlist.

Winners will be able to join the #NBA75 Legendary Queue Allowlist and only the 30 accounts chosen will be eligible to join, any time between 4pm ET on June 23 to 3:59:59pm ET on June 24, and purchase a Legendary NBA Finals pack containing a Legendary Series 3 Moment minted to /75, in addition to a Rare ATTW4 Moment and 7 Common Series 3 Moments, for $999 – with a $200 NBA Top Shot Marketplace Credit being delivered to their account shortly after.

As we look ahead to the 2022-23 NBA season and other drops during Series 4, expect to see different versions of the Queue Allowlist — all designed to reward collectors with guaranteed access to purchase coveted packs — in a format that prioritizes convenience for members of our community.

Please keep in mind that there is a 1 Legendary Pack limit per collectors across this drop, so if you want to test your luck in a Priority or General Queue, you are free to do so, but by purchasing a pack in that more traditional sense, you are forgoing your right to take advantage of the Queue Allowlist and that spot will not be awarded to a different collector.

We'll see you this Wednesday for our NBA Finals "Mint Reveal" — your first look at every new Moment dropping this Thursday — and look forward to seeing you Thursday in the Queue.
‍
This post was updated on Monday, June 20 to reflect drop-specific and Queue-specific details, including airdrop qualifications, and details of our Legendary Drop allowlist qualifications and winners.
‍
This post was updated on Wednesday, June 22 to share that Jordan Poole will be the Legendary Challenge Reward.