8 Of The NBA’s Under The Radar Breakout Ballers 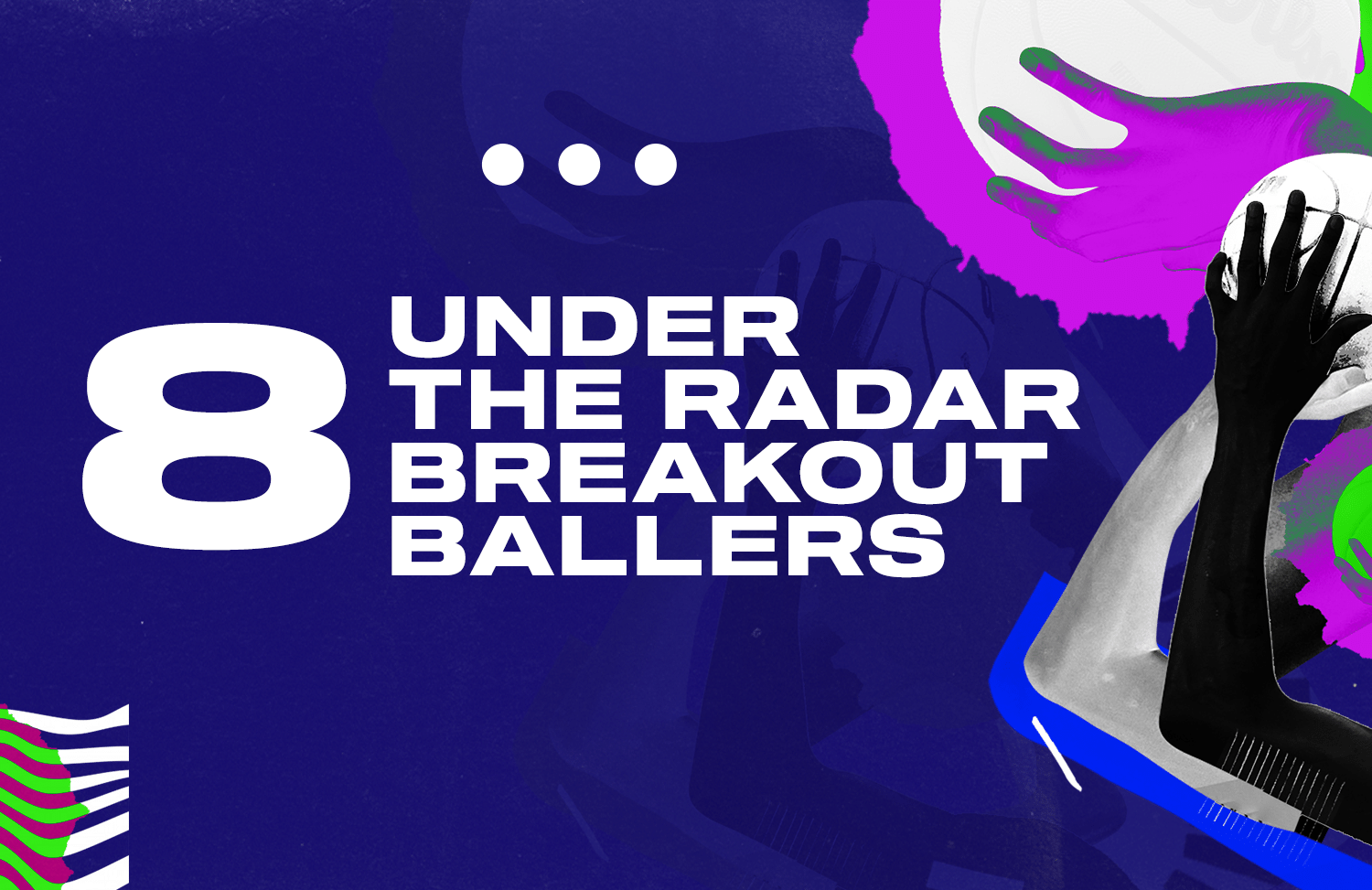 Not every player can make the cut for the festivities, whether it’s the NBA's Three-Point and Slam Dunk Contest, Skills Competition, Rising Stars Game, or All-Star Game, but that doesn’t mean they aren’t having seasons worth celebrating.

Today we’re shining the spotlight on eight players who are flying under the radar and having sneaky good seasons.

Darius Garland’s breakout, 2021-22 campaign has placed him amongst the NBA’s top lead guards at the tender age of 22.

Compare his third-year numbers to Chris Paul’s and that’s when things start to get interesting.

DG’s game comes from a similar mold — quick, smaller PG with an advanced IQ as a playmaker, scorer and expert game manager.

Though Garland is playing slightly less minutes per night than Paul in his third season, he’s in a similar territory in terms of his points & assists receiving a boost from high shooting percentages.

Following the footsteps of one of the greatest point guards of all-time is a daunting task, but if Garland’s Year 3 is any indication, he’s in for a highly successful career.

Without much national fanfare, Boston’s Robert Williams III has quietly become a very reliable starting center on both ends of the floor.

This season, Year 4 of his career and second as a full-time starter, compares favorably to three-time Defensive Player of the Year Rudy Gobert.

Like Gobert, Williams III is primarily counted on for finishing off looks in the paint at a very high rate (currently shooting 73% from the field) — whether via a feed up top or following a screen — and doing whatever it takes to prevent the opposition from scoring.

While Gobert (7’2) and Williams III (6’8) have different builds, both of them follow a similar game plan as help-side shot-blockers who can (more than) hold their own against smaller perimeter players.

Gobert’s on a different level than mostly everyone on defense, though it’s worth noting how he’s fully developed on offense: Rudy perfected how to put up numbers without needing to be the focal point as a scorer.

With each passing season, his scoring continued to rise.

Williams III has a promising stat line despite playing less than 30 minutes/night. Similar to his counterpart, he’s developing on the same team that drafted him: underrated for a big man’s development in this age.

Do we have another future All-Defensive center on our hands?

You can never have enough shooters on your team! Miami struck gold (twice) with Max Strus and Duncan Robinson: two undrafted snipers who add an always-desired style of high-volume, movement and spot-up triples.

Both players worked their way through Miami’s Summer League system, then later with their G League affiliate and eventually converted their two-way contract into a full-time deal.

With players in and out of the lineup all year long, Miami, led by long-time coach Erik Spoelstra, has been able to maximize its roster and get the best out of young, hungry talent.

Strus is no exception, going from a part-time role at the end of 2020-21 to increasing his scoring avg. by five points from his sophomore season to just over 11 points/night.

Robinson saw a huge uptick a couple of years ago when he broke through under Spoelstra as well: earned a full-time, starting role and upped his average by over 10 points from the previous year.

Orlando’s Cole Anthony is another young playmaker on the rise.

It’s always encouraging to see a jump in multiple areas of production going from one year to the next - Anthony’s upped his average in points, rebounds and assists from his rookie season while taking on the burden as a top threat for the Magic.

His Year 2 production stacks up with Kyle Lowry’s second season with the Toronto Raptors back in 2013-14. After previous stops in Memphis and Houston, Lowry found a home in Toronto and really polished his already effective, all-around game.

Anthony and Lowry approach things differently on the court, though both compete with a huge chip on their shoulder — neither one is ever looking to back down from a challenge.

Further evolution in every part of the game will put Anthony in a nice position for a long, successful career like Lowry’s.

Tyrese Maxey’s sophomore surge draws visions of a future All-Star selection at some point. Like former Sixers guard Jrue Holiday, Maxey carries himself well beyond his years as a lead guard.

He’s usually composed and is very effective at manipulating his speed to create advantages depending on the matchup. And while Holiday’s “calm, cool, collected” demeanor is in some contrast with Maxey’s style, their early production matches up to a great degree — Year 2 from both players is virtually identical, with Maxey getting the slight nod in points (16.4 ppg to 13.5 ppg) and field goal percentage (46% to 43%).

With Holiday’s incredible success in (and after) Philly, Maxey’s prospects look great.

It’s a beautiful nightmare when a player realizes they can drop a triple-double on any given night.

It’s just as incredible to witness someone who’s fully able to influence all areas as it is terrifying for opponents to deal with.

Dejounte Murray is experiencing that sort of revelation lately — this season, he’s averaging over 19 points, 9 dimes, 8 rebounds and 2 steals while trailing only Nikola Jokić in triple-doubles (10).

Murray’s numbers are ridiculous, which is why they must be compared to the work of a legendary, do-it-all PG like Jason Kidd.

Kidd was known for racking up triple-doubles while remaining an active defender with a place on the leaderboards in steals. When he led the Nets to their second consecutive Finals in 2002-03, Kidd’s production wasn’t too far off from San Antonio’s rising guard this season.

For Murray to have comparable stats to a Hall of Famer like Kidd shows his great upside moving forward.

Desmond Bane’s quick ascension as a scorer is reminiscent of the impressive, early start to Eric Gordon’s career.

Gordon, like Bane, provides a consistent source of points while maintaining efficiency as a three-point marksman.

When you analyze both guards, there’s a few similarities: strong frame, bullseye spot-up shooters and can put the ball down and score in the lane if defenders lock in on preventing outside shots.

Memphis’s second year guard just doesn’t waste many opportunities on the floor. In his second season, Bane’s converting almost three triples/night on just about 7 attempts — which lines up with Gordon’s stats during his Houston days (avg. 3 triples on over 8 attempts).

If Bane can hover around or over 40% from deep, the sky’s the limit in terms of maximum scoring upside.

Portland Trail Blazers point guard Anfernee Simons is another player who draws strong comparisons to a current teammate who also significantly improved from one season to the next.

CJ McCollum captured Most Improved Player in 2016 after a huge uptick in minutes and scoring production: went from avg. 6.8 ppg in under 16 minutes/night to 20.8! ppg in just under 35 minutes/night.

Though injuries may have forced Simons into a larger role than anticipated, he’s stepped up to the plate in big fashion - during the month of January, Simons averaged 23.1 points, 6.7 assists and 2.9 rebounds on 46% shooting, creating a ridiculous offensive rhythm as a scorer, high-volume shooter & shot-creator.

Studying under both CJ & All-Star Damian Lillard has done wonders for Simons’s development - he’s unlocked parts of his game through patience, learning how/when to attack in the offense and operating without turning the ball over.

NBA Top Shot's 2022 NBA All-Star Weekend celebration will take place throughout February. See you at the next pack drop!

Editor’s note: This is purely an editorial piece celebrating some of the NBA’s talent that you may not have noticed are playing exceptional basketball. In no way does it foreshadow future challenges or Flash Challenges featuring these players, or hint at upcoming NBA Top Shot sets. Thank you and enjoy.