Anatomy of a Champion: the 2021 Milwaukee Bucks 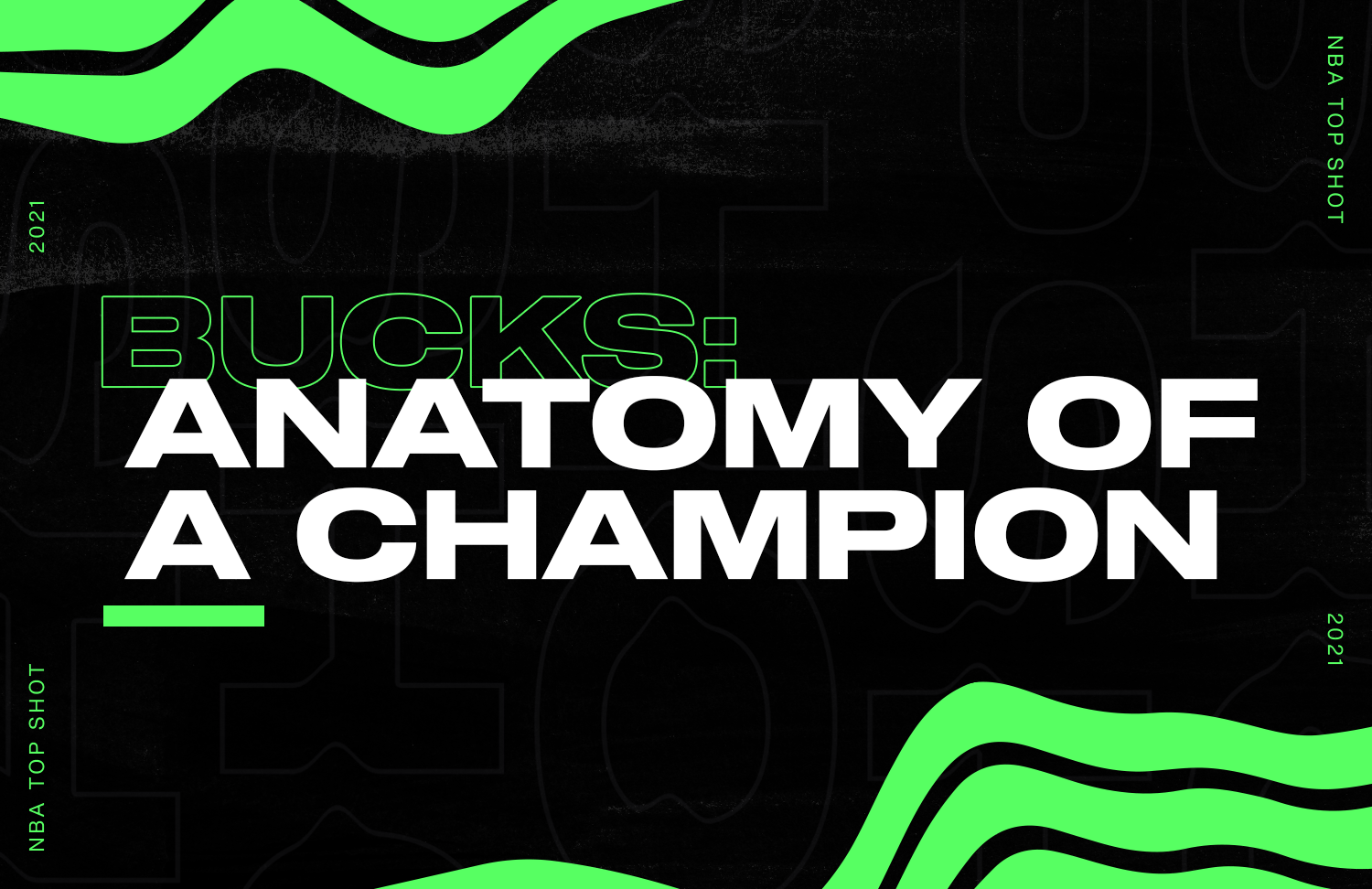 The Milwaukee Bucks went all in... and it paid off.

A popular strategy in the NBA is doing whatever it takes to build a championship contender around a superstar player. Teams do this to maximize the window of opportunity to win an NBA championship. We’ve seen this recently with the Lakers, Nets, Clippers and Sixers. But, as we all know, it doesn’t always work out. In Milwaukee’s case? Well... you know the rest.

Let’s take a quick look at how the Bucks built a championship team.

Giannis Antetokounmpo is a generational talent and the Bucks obviously want to make sure he stays in Milwaukee. His contract was set to expire after the 2020-2021 season, and they had to make moves to guarantee that he would remain with the franchise. Khris Middleton, Donte DiVincenzo and Brook Lopez were returning starters, but the franchise knew they needed a little bit more to get across the finish line.

The most impactful acquisition of the year for the Bucks was Jrue Holiday. After the failed trade with the Kings, swapping DiVincenzo for Bogdan Bogdanovic, the Bucks turned their sights toward Holiday. This led to a 4-team trade that saw the Bucks give up Eric Bledsoe and George Hill along with three first-round picks and two first round pick swaps (which allows a team to trade places with them in the draft). However, the importance of Holiday cannot be overstated. Holiday, a now 3-time All-NBA defender, may not put up superstar numbers and may not even be a household name, but he’s a glue guy and the type of player that other players love playing with because he makes them better.

Jrue splits the D and blows by Trae Young for the nice one-handed jam. The Bucks lost this one, but tightened up the D and punched their ticket to the NBA finals.

Additionally, the Bucks signed free agents Bobby Portis and Bryn Forbes, two players who were instrumental in their Championship run, providing much-needed offense from the bench. In fact, Portis and Forbes were the two best 3-point shooters in the league off the bench at 47.13% and 45.16%, respectively. These players helped the Bucks become the highest scoring team in the league this season with 120.1 points per game.

Forbes hits the corner three as the Bucks rout the Heat and quickly advance to round 2 of the playoffs.

Holiday leads the break and finds a streaking Portis for the dunk. The Bucks were able to down the Hawks thanks to a big game from Portis giving them a 3-2 lead in the series.

Lastly, and possibly most importantly, was the trade deadline deal for defensive specialist, P.J. Tucker. Tucker took over the starting lineup spot from DiVincenzo who got injured in the first round and never relinquished that spot on the march toward a championship. With the offensive additions of Portis and Forbes and the defensive additions of Tucker and Holiday, the Bucks patched up all their needs and marched confidently toward their first championship in 50 years.

Tucker strips Durant and leads the break ending in an explosive alley-oop to Giannis. Tucker’s defense on Durant changed the whole series.

When you search for the Milwaukee Bucks on the Top Shot marketplace, you’ll see that every Bucks moment from Series 2 has been given a championship badge to commemorate their incredible accomplishment. You can use the Marketplace filter to quickly see all the Moments with this badge. To do this, visit the Marketplace and click or tap the “Filters” button. Once the filter menu opens, find the “Badges” section and select the “Championship Year” badge.

TAKE ME TO THE MARKETPLACE FOR SOME CHAMPIONSHIP MOMENTS

This figures to be a very busy off-season as teams try to reposition themselves to compete for a championship, however, the Bucks are returning every major contributor except Tucker whose contract has expired. Tucker is an unrestricted free agent, and we’ll see if the Bucks attempt to sign him to a new deal. (Bryn Forbes is a RFA)

Congratulations to the Milwaukee Bucks!