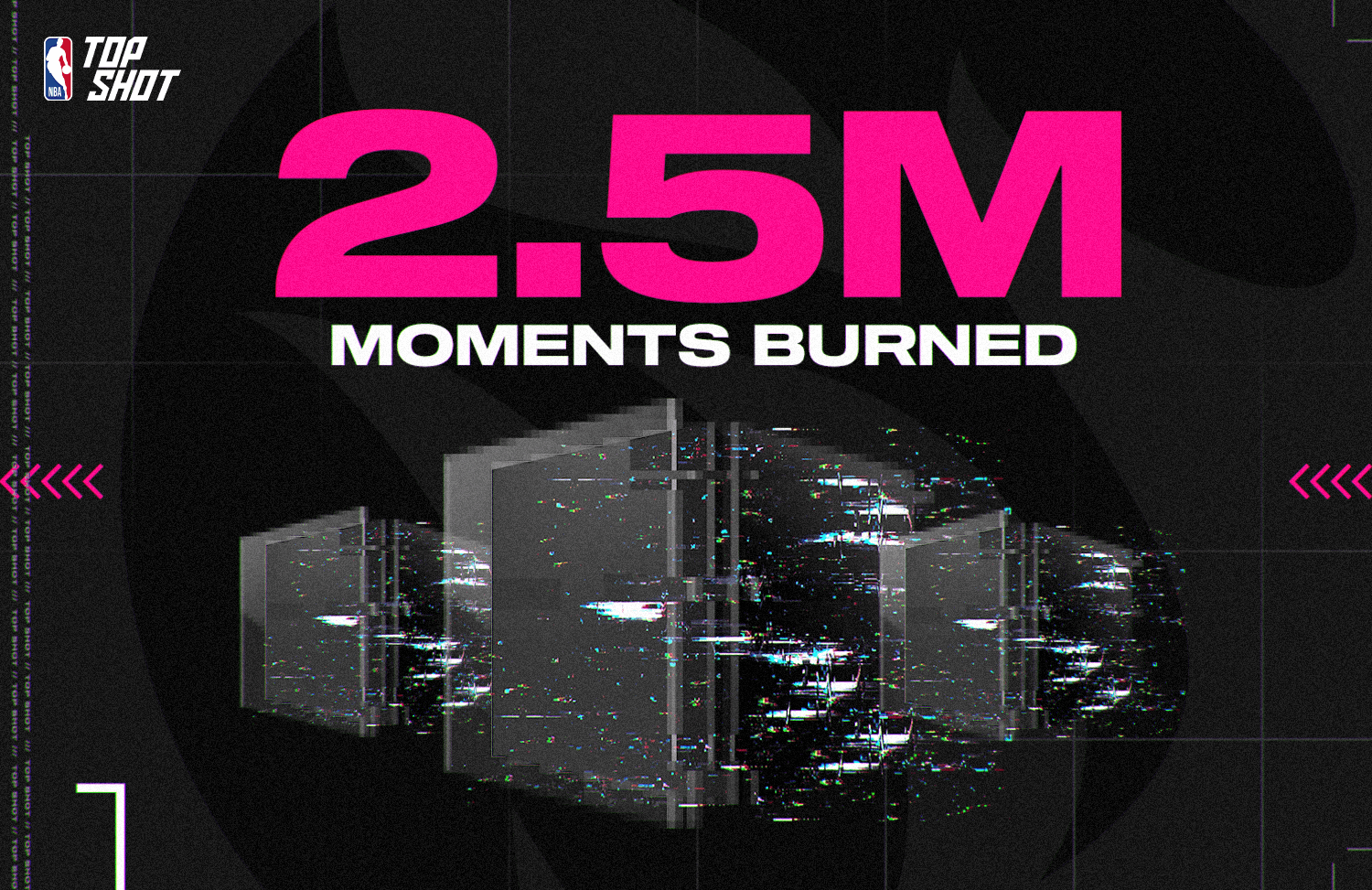 Update: The Great Burn has concluded. 2,571,263 Moments have been burned and permanently removed from NBA Top Shot's supply. A full list of Moments burned in this process can be found here. This blog has also been updated to correct that no Early Adopters Moments were burned as part of this process.

The flames are spreading fast, burning all the way back to Series 1.

As you read this, more than 2.5 million unsold Moments from the NBA Top Shot vault are being permanently removed from circulation in real-time.

The Moments being burned include some of the most coveted unreleased collectibles in Top Shot history.

Back in Series 1, NBA Top Shot partially held back supply* on some of the best Moments in its inventory.

The thinking for partial releases in 2020 was simple: “why rush to get this supply out now?” when there was time to figure out a more elegant solution to distribute these Moments later.

As time has gone on, we see that the “wait and see” approach has added more uncertainty to collecting at the high end, off-setting the upside that’d come from finding the perfect distribution mechanism one day. As a result, we are making the important decision to remove the uncertainty from the market and effectively finish the distribution of these Moments by burning the Moments that are unreleased.

Which Moments are included in the burn? Glad you asked:

This burn, which can take upwards of 48 hours to complete, will include heavy hitters:

Thousands of other S1 grails from the likes of Nikola Jokić, Anthony Davis, RJ Barrett, Karl-Anthony Towns and Derrick Rose are also among the Moments being burned.

That’s right – thousands of high-end Moments from Series 1 that never got released in 2020 will be permanently destroyed over the next 48 hours, ensuring some of the most incredibly collectible Series 1 editions will preserve their extreme scarcity forever.

‍The few Series 1 Legendary Challenge Rewards in our possession will be distributed at a later date in a way that promotes scarcity.

For a long time, the conversation around burning of Moments has focused on big numbers — and those are important, but quality of the Moments getting burned matters too.

Series 1 Moments, including many Top Shot Debuts, will stand the test of time as immortalized grails on our platform.

Collectible tributes not just to the first months of NBA Top Shot and the league’s best talent, but to one of the most significant seasons in sports history, period.

To accompany the heavy hitters from Series 1, we’ll also be burning millions of unpacked and unreleased Series 2 and Series 3 Base Set Moments.

Among them, we will not be burning any Serial Numbers between #1-99, Top Shot Debuts or rookie debuts. Saved from the burn, these Moments will be sent to the Locker Room for collectors to redeem through Trade Ticket packs throughout the season.

When the show is over, we’ll recap the Moments from Top Shot’s inventory that are gone forever.

This NBA season is going to be different, in the best way possible. It starts now.