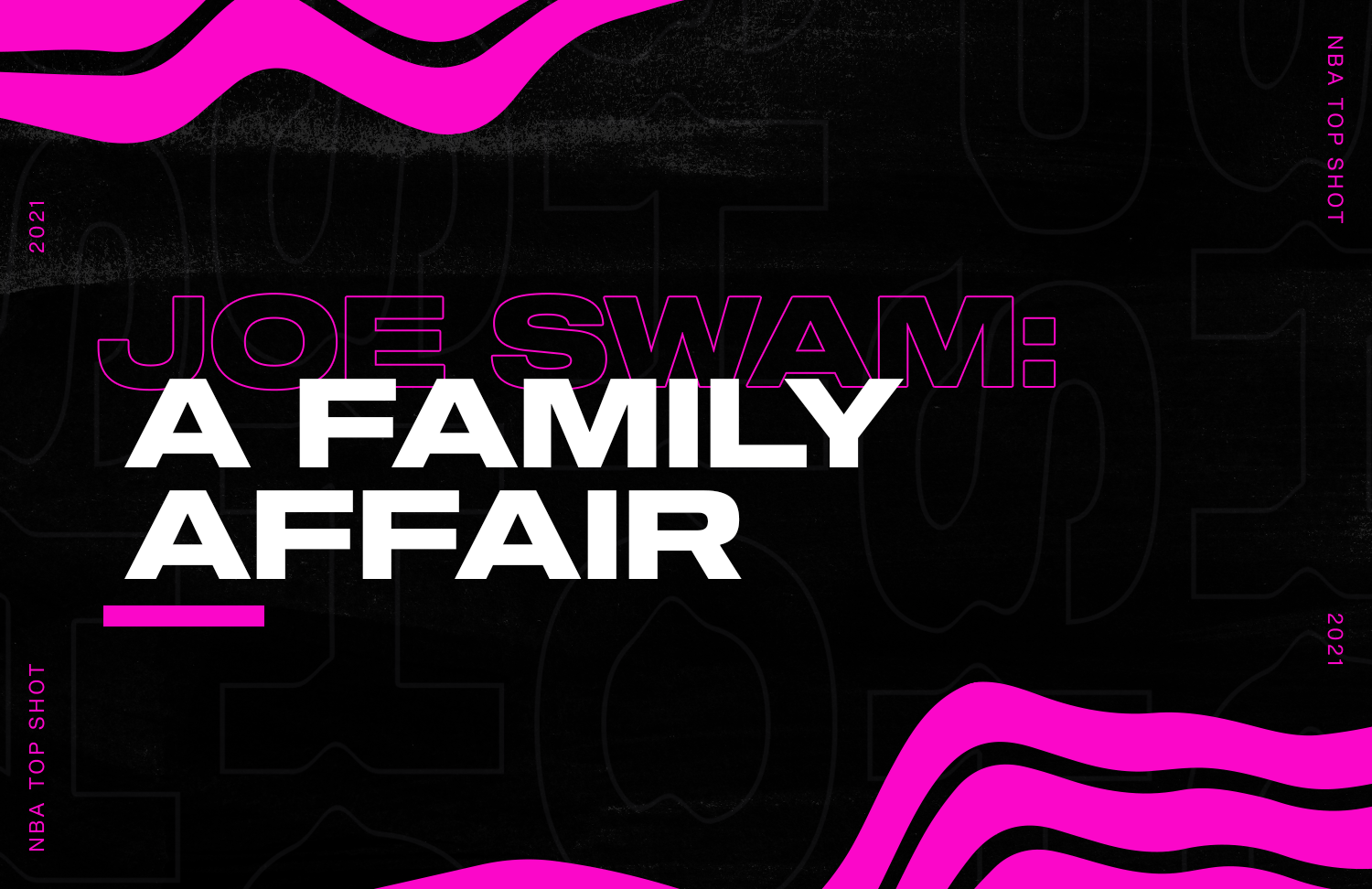 With less than a minute left, I stood for the huddle. I was only loosely paying attention when I heard Mike say my name.

Mike was our team captain. I was the twelfth man on our twelve-man roster. Coach stared at me. “Why didn’t you tell me, Joey?” I shrugged. He agreed to put me in the game, but Mike insisted I score a basket. A play was quickly drawn up. We broke the huddle and returned to the court.

It was the playoffs. The largest crowd of people I’d ever seen in my life. I didn’t care about any of them. I only cared about one. My mom had never been to any of my games before. Ever. But there she was. Sandwiched between my father and her father.

The ref handed me the ball. I inbounded it to Mike, ran under the basket, then back towards the foul line. I looped tight around a pick, caught a perfect pass from Mike, and let the shot go. It went in.

I hadn’t thought about that day in probably 20 years. Until yesterday. I was looking at Top Shot Moments with my son. We were showing each other our favorite game-winning shots. Damian Lillard's game-winner against Chicago did the trick. It wasn’t my first time seeing it and I can’t explain why Mike’s gesture came racing back to me at that moment. Maybe it was the celebration with his teammates afterward. Maybe sitting there with Jeffery pushed that memory to the top of the stack. I don’t know.

There’s one thing I do know. Since I’ve joined NBA Top Shot, memories like these have become the rule, not the exception. My first purchase was the Seeing Stars pack on March 5th. I bought it sitting in my car during my lunch break. I got three Moments in that first pack. But I also got so much more.

They’ve rekindled my love of basketball. During the season I found myself staying up late to watch West Coast games. I spent hours last week watching YouTube highlights trying to find the sleeper pick in the NBA Draft.

Top Shot has introduced me to new and interesting people. I’ve developed real friendships and connections with people I’ve never met in person. Some of them live on the other side of the world! After six years of avoiding Twitter like the plague, I now find myself checking it first thing when I wake up in the morning.

Most importantly, Top Shot has allowed me to connect more deeply with my son. His love of the game has been staring me in the face for years now. Top Shot allowed me to see it. We attended his first NBA game this season and we’re already plotting out which games we’re going to next season.

I messaged Mike’s wife on Facebook this morning. I asked her to have him call me. I haven’t talked to him in years and I’d really like to thank him for that moment so long ago. I can’t wait to tell him about Top Shot and how Lillard’s game-winner made me think of him.

To me, this is the beauty of Top Shot. I fully expect that 10 or 20 years from now, Jeffery will watch a Rui Hachimura Moment and be transported back to a game we went to or a conversation we had. Debut moments, MGLE drops, showcase quests…all of these (TO ME) are a Trojan Horse for something much more important. Community and connection. As we close Series 2 and look at the road ahead, it’s tempting to look back at mint counts and how many Giannis Moments exist. Those are all fine things to consider, but I’ll leave that for the smarter people in the room.

Top Shot is a conduit for human connection and I’m so grateful to be a part of this community. Thank you!