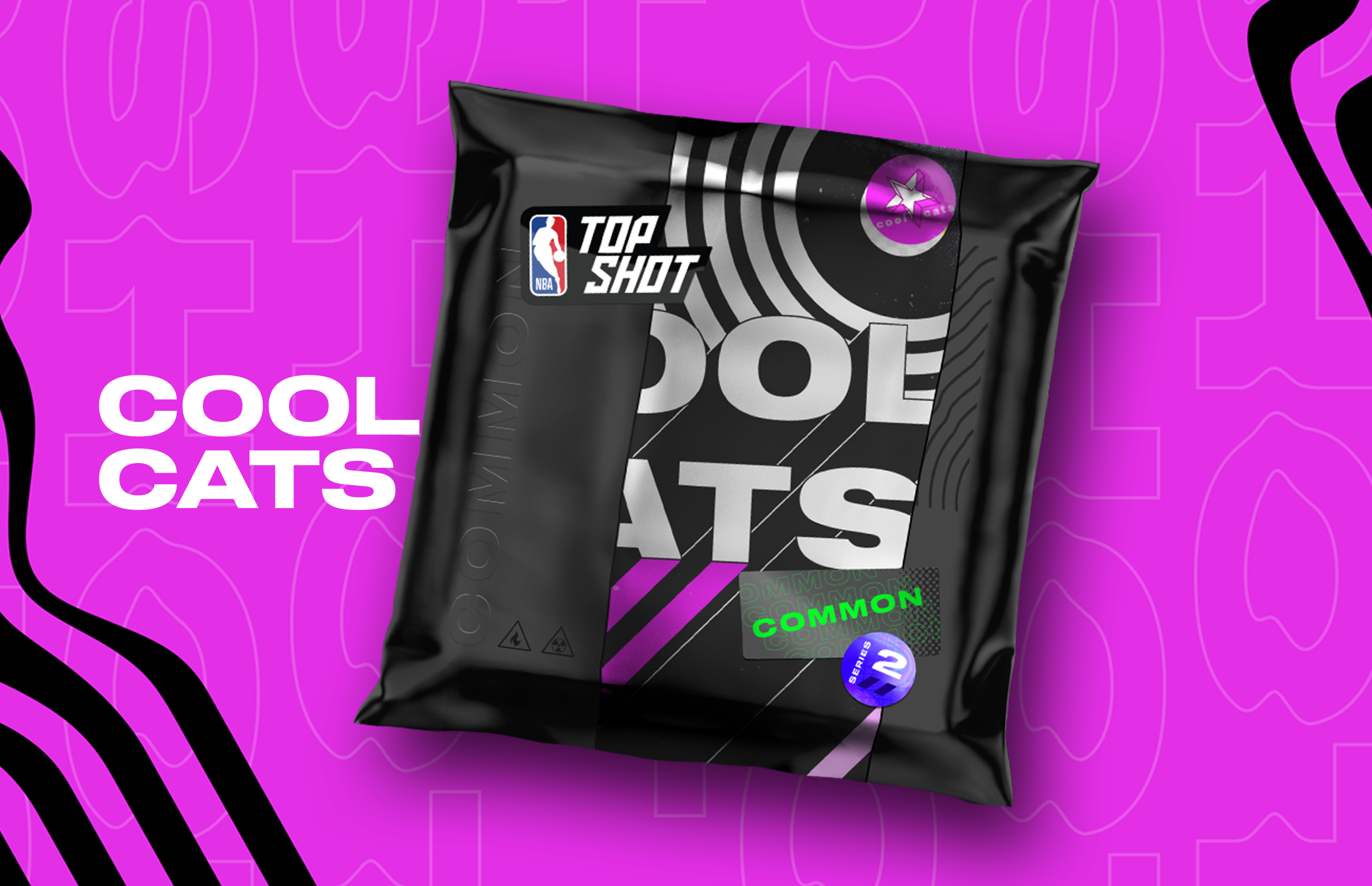 Unless you’ve been living under a rock, you probably know that 2021 has kicked off with some blockbuster acquisitions. We are, of course, talking about the record-breaking sales on NBA Top Shot in the last week. The James Harden trade was pretty cool too, though!

Another reason to be excited: on Monday, January 18th at 5 PM PST, we’re dropping new Cools Cats packs. This is our third drop of the year and every pack features four Series 2 Base Set Moments and one Limited Edition Cool Cats Moment.

And in case you can't make it on Monday, we're going to be dropping more of these packs on Tuesday, January 19th at 9 AM PST. This second drop is a precautionary measure to ensure collector's can access these packs smoothly. As you've probably noticed, we're experiencing exponential growth, and we don't yet know how much traffic to anticipate for the first drop. Breaking it up into two drops will help ensure a smoother experience for our collectors.

This is an Open Set with more Cool Cats drops coming later, but once these two drops sell out, this round of LE Moments will only be acquirable through the Marketplace, so don’t take a cat nap on the drop.

Want up-and-coming star Moments from players in both conferences? We got you. Want epic defensive plays? We got you. Kudos if you picked up that the theme of these packs is a nod to CryptoKitties, the Dapper Labs project that helped start it all.‍

UNIQUE TO THIS DROP:

Some of the Moments you can snag in this Cool Cats pack include:

Here’s a complete list of every Moment available in these time-limited packs (while supplies last).

And as always, if there's a particular Moment you need to complete your set, you can hit the Marketplace to see what your fellow collectors are offering up. There's always a value play to make over there.

WHAT ELSE IS GOING ON?

Records keep shattering. That's what. We've seen $1+ Million in Marketplace transactions in the last 24 hours alone. Think about that for a second.

Also notable that we've now crossed the $12M threshold for total sales on NBA Top Shot (between packs and Marketplace). January has been crazy, but we're still just getting started.

We have more collectors coming to the site than ever before, so our engineers are working overtime to ensure the site matches the visitor volume we're now seeing. We appreciate your patience.

Ray Allen rocks the rim in the reward for our last Run It Back Challenge, which is currently on the clock. This 2014 NBA finals dunk is the first Ray Allen Moment on NBA Top Shot, making it even rarer than other rewards. This Moment will never be available in packs, so don't miss out on your chance to earn it the old-fashioned way.

Cody Zeller is one of the NBA Top Shot community’s favorite players, so it’s only fair we feature him as the rare reward in our latest Metallic Gold LE Challenge! Despite being a true 7-footer, Zeller shows off the handles and athleticism to beat his man off the dribble and punch it home.

Collect at least one of every required Moments and hold them in your collection until the timer runs out to earn yourself these rare, never-to-be-sold-in-packs rewards!

Stay tuned for more updates coming later in the week. Until then, happy collecting.