11 NBA Players Who Crafted Their Game To A New Level 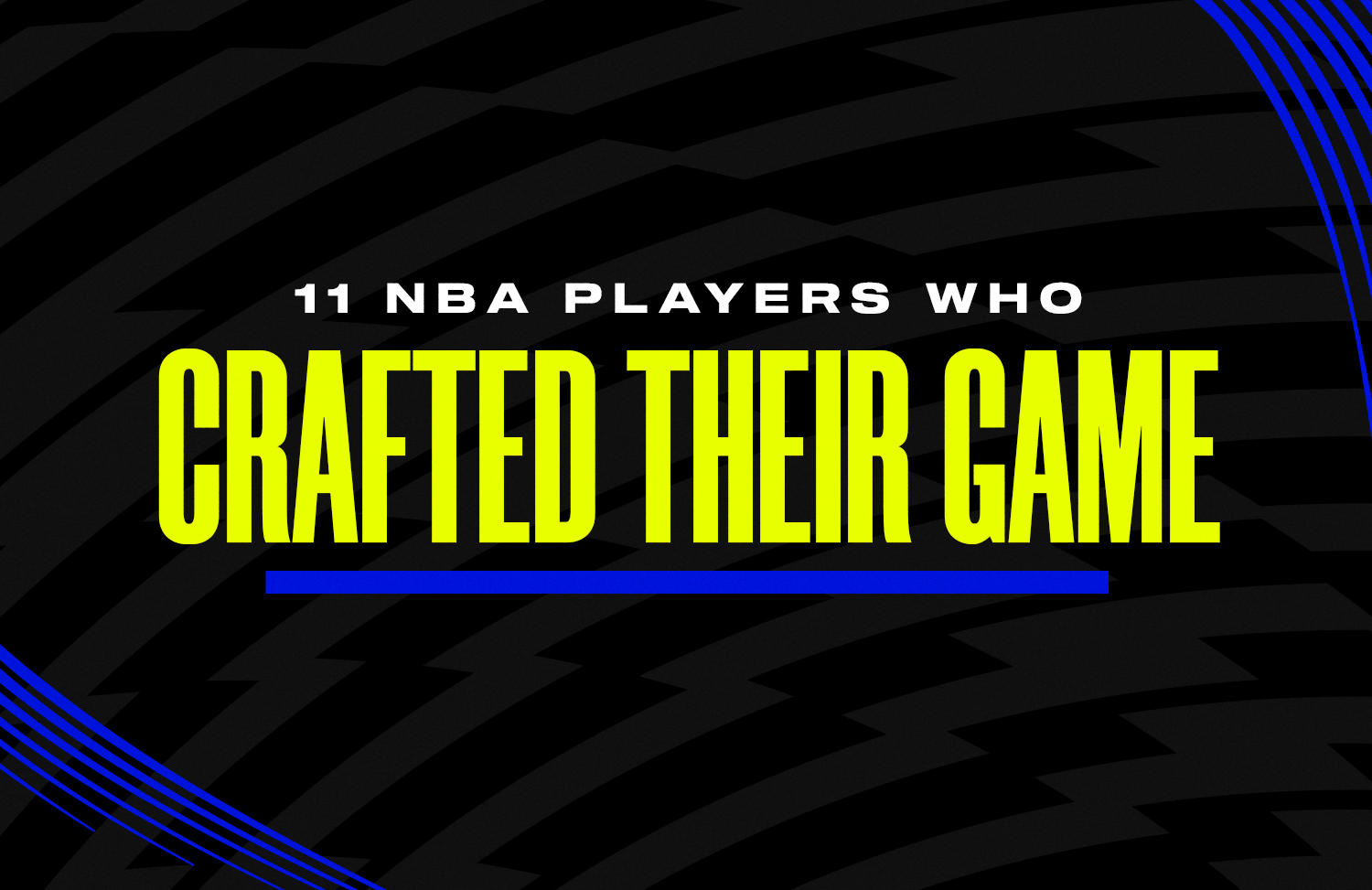 The NBA’s brightest stars weren’t just born with greatness — they put in the work to improve their game. Countless hours in the gym, getting shots up, making sacrifices to reach the next level, all help them hone their craft.

Members of the NBA Top Shot community put in the work, too, scanning the Marketplace for amazing Moments, completing challenges and lining up for packs to grow and enrich their collection. That includes the brand-new Squad Goals, the very first Rare set you can earn from Crafting.

Crafting is a new NBA Top Shot Challenge format that allows you to earn new Moments and rewards for your collection by burning existing Moments.

Each Crafting Challenge reduces the overall number of Moments to exist — and gives members of the community the opportunity to unlock special, scarce new Moments by participating. By not participating, collectors can watch the Moments required in the challenge become more limited as the Moments are burned by other members of the Top Shot community.

Making sacrifices to get better Moments and improve your collection sounds pretty familiar to the athletes who grind to take their abilities to new heights. They put in the effort and reap the rewards. Hoopers obsess over their craft. Each year, certain players are recognized as the best of the best at it — the Most Improved Players of the Year.

In honor of crafting your game to reach the next level, and the launch of our new Crafting Challenges, today, we pay tribute to the NBA athletes with MIP honors.

Out of college, Kevin Love had the potential of a double-double player. In the 2010-11 NBA season, he took that promise to another stratosphere.

Love was able to get after it on the glass, recording a league-high 15.2 RPG, 20.2 PPG and made his first All-Star appearance. Years later, Love grabbed additional boards, shot more threes and started showing off his outlet passing abilities with LeBron James, Kyrie Irving and the 2016 Cavaliers title team.

In his MIP year, 2017, Antetokounmpo made a six-point leap in his PPG average (16.9 to 22.9). He also reconstructed his 3-point shot, which is a work in progress to this day. There were always flashes of third-year Giannis becoming a star on both ends – he’s surpassed that, as Milwaukee’s-own face of the league.

What a season to take strides! Toronto’s Pascal Siakam took home the trophy in June of 2019, the same month in which he helped the Raptors win an NBA title over the Warriors.

After coming off the bench his first two seasons, Siakam came alive as a starter in Year 3. His scoring vastly improved, a clear trend with the MIP award, as he averaged 16.9 PPG (up from 7.3 PPG). Siakam came a long way – from NBA Basketball Without Borders standout to spin-move specialist and NBA Champion.

When Paul George stepped in to replace an injured veteran teammate in the Indiana starting lineup, his range and athleticism was on full display. During the 2012-13 regular season, he led the Pacers in scoring at 17.4 PPG, and was the only player in the NBA to record at least 140 steals (143) and 50 blocks (51) on the year.

He took the Pacers to the No. 3 seed in the Eastern Conference and established himself as a budding two-way star in the league.

The beginning of Jimmy Butler, the hard-nosed competitor, began in Chicago. In a system famous for long minutes and intense defense, Butler thrived in a high-usage role.

In 2014-15, he led the league in minutes per game (38.7), and he finally found his offensive groove. He set career-high marks for nearly every statistical category (scoring, assists, rebounds and steals).

His 20 PPG was good for 15th in the NBA, and also good enough for a 1st-time All-Star appearance.

It’s still early in Ja Morant’s career, but all signs indicate the league is in good hands with the young All-Star guard from Memphis. Morant took home the Rookie of the Year award in 2020, but his improvement this season was too massive to ignore. He finished with a staggering 27.4 PPG and hit on 49.3% of his field goal attempts.

The Grizzlies shocked most media experts when they ended up with the 2nd-best record in the NBA.

When McCollum won MIP in 2015-16, he shared the backcourt with Damian Lillard on one of the youngest teams in the league (24.6 years).

McCollum completed a 14-point improvement in his scoring average from the year before.

Dragic took home the hardware in the 2013-14 season. The young Slovenian began his NBA career in Phoenix, was let go, went to Houston, and then signed back on with Phoenix in 2012 free agency. In his early return to the Suns, Dragic’s efficiency was spectacular.

He averaged over 20 points per game while shooting over 50% from the floor and 40% from deep.

On July 6, 2017, Victor Oladipo and Domantas Sabonis were dealt to Indiana in exchange for Paul George. While Pacers fans were weary of the trade, Oladipo gave the organization plenty to be excited about in his MIP, Indiana-debut season.

He averaged a career-high 23.8 PPG and led the league with 2.4 steals per game.

The only two players to average 20 PPG and 2 SPG that year: Oladipo …. and – here’s that name again – Paul George.

Julius Randle and Brandon Ingram were Lottery-pick teammates with the Lakers from 2016 to 2018. From Los Angeles, Randle and Ingram’s next destination was New Orleans.

Randle played the 2018-19 campaign with the Pelicans, but after the season, in June of 2019, he declined his second-year option with the franchise and signed on with the Knicks.

In July of 2019, the Lakers made the blockbuster deal for Anthony Davis, which sent Ingram to the Pelicans.

Shortly after, Randle signed a three-year deal with the Knicks.

While No. 1 Draft selection Zion Williamson recovered from knee surgery in the 2019-20 season, Ingram put together an offensive explosion for New Orleans, averaging 23.8 PPG in 62 appearances.

The next year in New York, Randle transformed his game. His shooting range expanded, as he finished the year averaging a double-double (24.1 PPG, 10.2 RPG) and shot 41.1% from beyond the arc.

Ready to take the next step in your Top Shot journey? Take on a Crafting Challenge today.