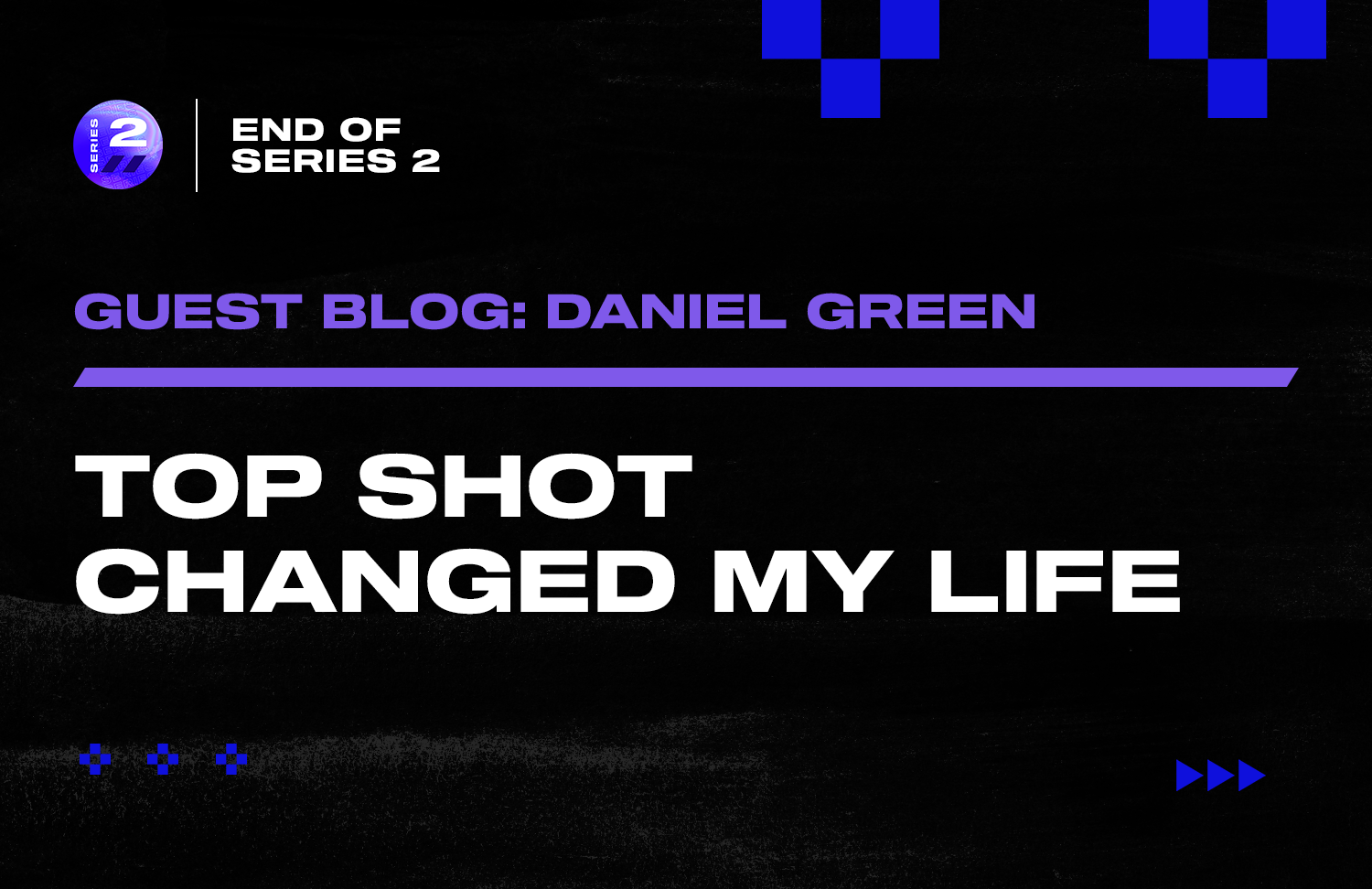 Last year was the most challenging of my life, and I was in a pretty dark place.  I got incredibly sick with COVID, and for over five months I was essentially bedridden.  During this scary and lonely time, I had a lot of time to think - both about my past and my future.  And you know the phrase saying you shouldn’t live life with regrets? Well, I had a lot.

I had worked hard to build a solid career as an attorney, but I felt stuck, frustrated, hamstrung and unhappy at my job.  I liked the law, but it wasn’t my passion.  My passion was and has always been basketball.  And while I would lie sick each night unable to sleep due to Covid, I would constantly tell myself that if I got through this I would find a way to follow my passion.

Thankfully, I did recover by the beginning of 2021, but now what was I to do?  I had done a ton of NBA Daily Fantasy Sports (“DFS”) content in the past, but honestly, after seven years of grinding in that space, the passion I had for DFS had waned a bit.  I needed something new, fresh and exciting to ignite me.  I don’t really believe in fate, destiny, karma or any of that stuff - but on February 26, 2021 - a date I will always remember - I discovered NBA Top Shot (“TS”).

I don’t think words will do justice as to what I felt when I first laid eyes on TS.  It was as if my entire body was awakened and jolted into action immediately.  The first Moment I watched was a De’Aaron Fox 15K.  He steals the ball against Denver, Jokic is disgusted in the background, and Fox blazes as a one man fast break and puts in a layup against MPJ.  What was this sorcery that I had just watched!?!?

Well, this sorcery was the most amazing and revolutionary product that I had ever seen.  I spent the next several hours (ok, maybe days) watching every Moment on the platform.  And there were plenty that I watched over and over again.  The iconic LeBron no look 3.  The Luka Bubble 3.  The Vince Carter “Shot That Ended the World.”  The Kobe Tribute Dunk.  Zion’s debut Moment - a herculean block.  KPJ’s Windmill Rookie Moment.  The list goes on and on.

I knew instantly that my life had been changed in some way, but even I could not have predicted what was to come next.  Well, what came next was no sleep!  Who had time to sleep in this insane new TS world.  I would not dare take my eyes off the site, as a Stress Test could be released.  Or maybe a new Challenge would be unleashed on the collector base.  What if I missed a snipe on the glorious site(s) LiveToken and/or MomentRanks.  God forbid, what if a player got injured or traded, and I missed the pump!  I would never have forgiven myself.  Ok, did I maybe take this a little too far?  Probably.  But I was hooked.  I was excited.  And most importantly, I had found a way to follow my true passion - basketball.

The next two months were honestly a blur.  I would always have several tabs related to TS open on my monitors: Discord, LiveToken, MomentRanks, and of course, TS itself.  I gobbled up every ounce of information I could find about TS, which led me into the exciting and daunting world of NFTs.  I watched every stream and video I could find and listened to every podcast too on the topic.  There was a lot of great content out there already, but I almost instantly felt that I could be an asset to this space.  The space was filled with a lot of crypto people and NFT lovers who got into TS early, and I felt I could provide a different perspective.  I wanted to focus more on the basketball aspect and collecting this amazing product.  I wasn’t focused on profits and flipping (maybe to my detriment), but I genuinely enjoyed collecting the greatest Moments over the last two NBA seasons.  And this is what I wanted to share with other people.  I wanted everyone who loves basketball to discover this NBA haven and join what felt like this super cool and hip secret society.

As stated above, I did have a following due to my DFS days, so I immediately told them all about TS.  Some were interested, some were not.  And I found this unacceptable.  I needed a bigger and better way to share my love of TS with the community.  So, I made the decision to start streaming TS content on Twitch.  And well, I have streamed TS every single night for the last four months (Note, I took one day off during this time to upgrade my software. Don’t hold it against me).  Most nights, I stream four to five hours (or more), and sometimes we lose track of time and end up streaming until three or four in the morning.  As I come upon my four-month anniversary of streaming, I will have streamed over 500 hours of TS content.  That last sentence is pretty wild for me to read out loud.

Life is short and fragile.  Last year taught me that the hard way.  So, this year, I am trying to take advantage of what I learned and simply following my passion.  I made the decision to leave my legal career and stream TS full-time a couple months ago.  Was this scary? Yes.  Was this a risk?  Yes.  Do my family and friends think I’m crazy? Maybe. But, do I think I made the right decision? Hell, yes.  I honestly have never had more fun in my “career” than I have had these last few months.  I somehow might be more busy now than I was as an attorney, but I am having an absolute blast doing what I love.

And I have only become more motivated to continue to expand our community to help spread the word about TS.  We just launched our website, which will be inundated with TS content, our YouTube channel is being launched next week, and like TS - we’re in beta!  We are in the beginning stages of what has already been an incredible journey, a journey that ties me, my community, and TS at the hip.  I don’t know where we’re headed except that we’re headed there together, and it is going to be one heck of a ride.

I have built an amazing community with some of the kindest people I have ever met.  I have gotten so much support and words of encouragement that at times, I feel embarrassed and that it is unwarranted.  And let’s not pretend this has been an easy ride.  I have had a ton of detractors too, as TS has had a lot of bumpy times these last few months.  But that’s ok.  Life is not supposed to be easy.  TS is not going to be perfect.  I am for sure am not perfect, as I am flawed and all my flaws are on display each night on stream.  BUT, you know what else is on display each night on stream - my passion for Top Shot.  My passion for my community.  And most of all, my love of basketball.