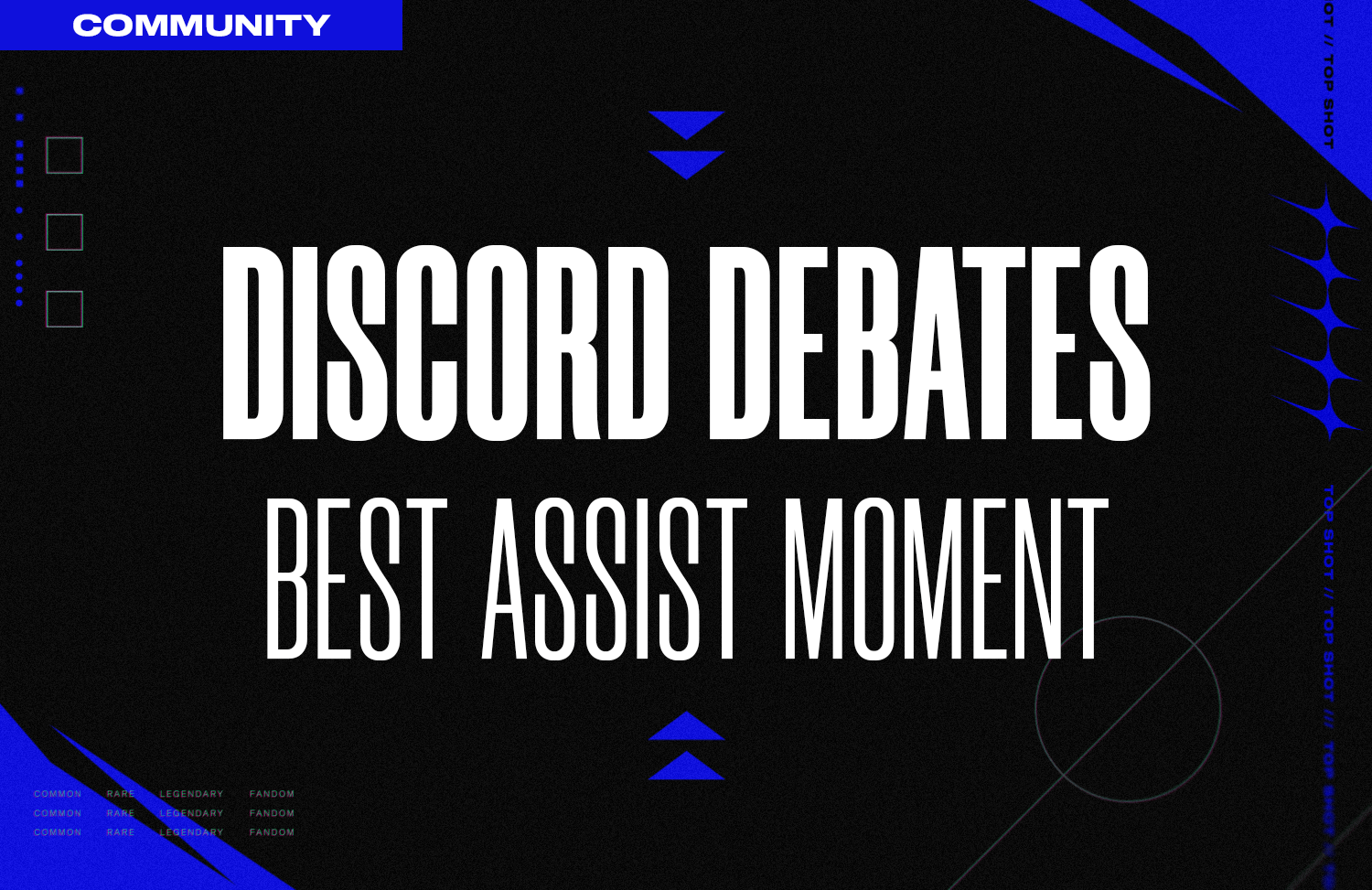 It’s safe to say that you haven’t quite experienced passion in its fullest form until you’ve stepped onto NBA Top Shot’s Discord server.

What's Discord? It's a consistent, daily hub of emotion, advice, excitement and everything in between, shared by members of our community and moderated by members of the Top Shot team. It's a tight-knit group of collectors who aren’t shy about making their opinions and hot takes public. NBA Top Shot's Discord is like pulling up a barstool next to another sports fan, except they can be anywhere else in the world.

This week, our Discord communities fandom and passion was to put to the test with the first-ever edition of NBA Top Shot’s Discord Debates.

On Monday night, Discord users of all different viewpoints came together to argue their stance on one preeminent topic: “What is the greatest assist Moment on NBA Top Shot?”

Celebrating #NBAAssistWeek with some of the best dimes on Top Shot. 🔥

Two hours, 600+ comments and a few sharp rebuttals later, the list of submissions and suggestions were scaled down into a top five before the back-and-forth got started. As voted by the community, the five most popular assist Moments in the running:

The debate raged, with arguments made, rebuttals given, votes taken, and lots of opinions, before those involved in the first ever Discord Debates — along with a wave of Grizzlies fans who came out of the woodwork towards the end of the voting period, came to this conclusion:

To call something the “greatest” it needs to be a perfect concoction of a few things:

Some of the game’s greatest assists often come after a concerted effort to get a defensive stop. In LaMelo Ball’s Series 3 Hustle and Show Moment, he showed how it’s done on both ends of the floor. In an undeniable effort towards getting the ball, Ball literally tips it over the head of Giannis Antetokounmpo before spinning his body to deliver an in-air behind-the-back dime to a leaking teammate … all in one motion.

It wasn’t a postseason game, but it was both a showcase against the then-defending champions, as well as a rare display of IQ, raw talent, and prescient understanding of how a play looks even before it happens. Ball is taking the NBA by storm, and his whirlwind of a pass here deserves its flowers.

My honorable mentions? This underrated Paul George pass, stretching out to set up a teammate, and … how about a name you weren’t expecting? This Solomon Hill full-court touchdown pass into an alley-oop? Needless to say, this is very tough.

But now, staying true to the form of a great assist, I hand it off to you.

If given the chance to take a pick on NBA Top Shot’s greatest assist Moment, which would you pick?

Did the community let a perfect pass slip through their fingers in deciding the best Moment, or were they pinpoint and accurate in their nominations?

Explore every Assist Moment on Top Shot here, and  be sure to tune in on Monday at 8 pm ET, as we debate our next topic: the most clutch bucket on Top Shot.