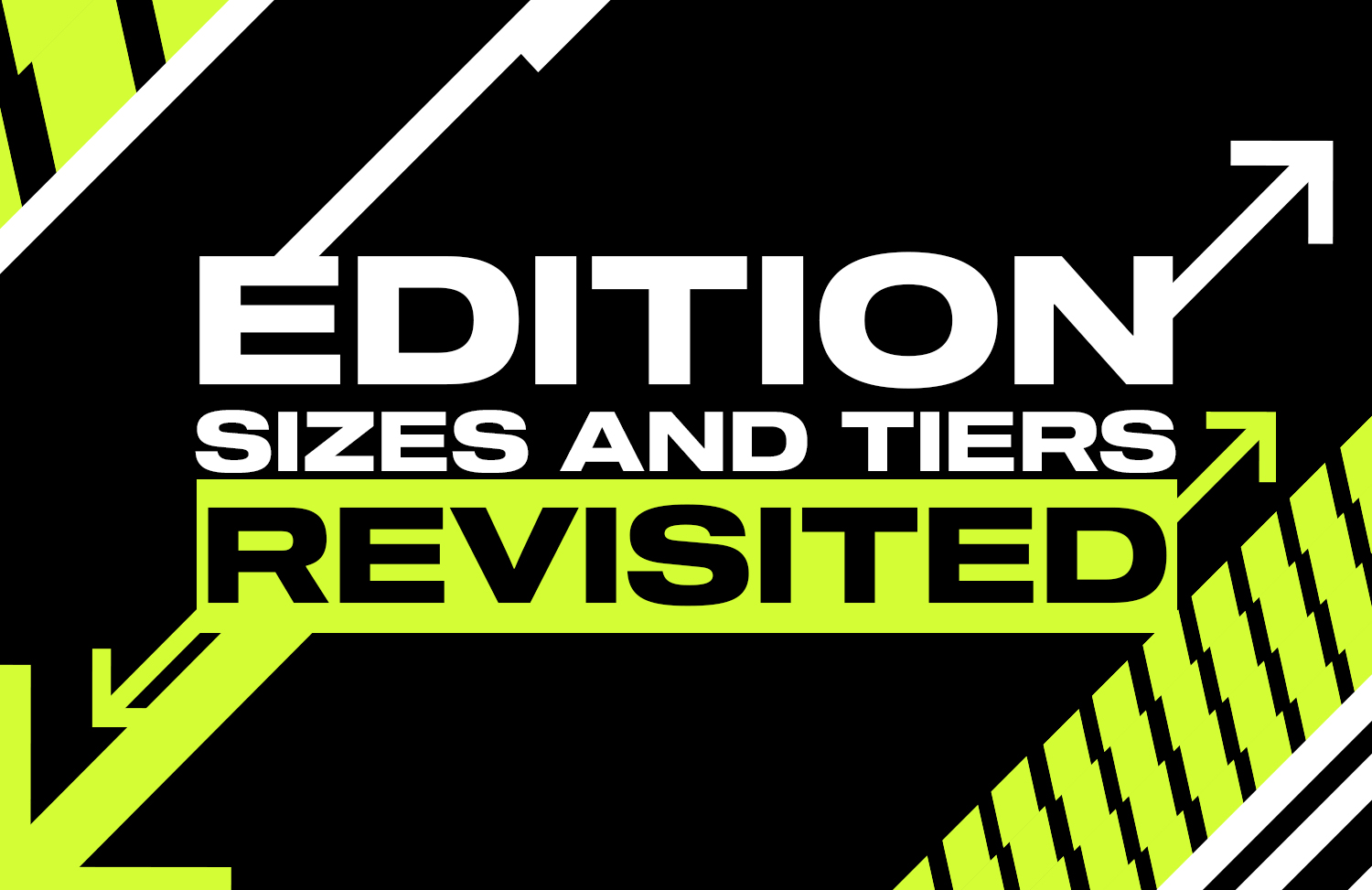 We Knew This Day Would Come

Ever since the initial days of our closed beta with limited collectors, we've communicated that the Edition Size ranges that qualify for each classification tier - common, rare and legendary - would be subject to change based on the number of collectors in the ecosystem.

What qualifies as a common today, we said, may not necessarily qualify as one tomorrow if the number of NBA Top Shot collectors increases dramatically.

Starting with our next rare pack drop, Rising Stars on Sunday, March 7, we've officially adjusted the ranges of Edition Sizes that qualify for each tier. With a couple special cases we'll get to in a minute.

While these are the new ranges for each tier heading forward, we're not going to hit the upper limits of these ranges right away. Of course, it’s also worth reiterating that anything that's already been minted and retired (i.e. any Moment labeled LE as opposed to CC) is locked in with that Edition Size now and forever.

As for future releases in this current series, Series 2, we're committing to rare Edition Sizes no less scarce than /3500. In other words, you won't see any rares /4000 or /4200 or /4999 in Series 2 even though you could theoretically see them in Series 3 and beyond.

These new Edition Size ranges aren't set in stone for all time, they'll continue to adjust infrequently if needed for future sets. Once hundreds of millions of NBA fans around the world discover NBA Top Shot, it'll be pretty clear that rares /4999 won’t be nearly enough to allow everyone to have a reasonable chance to collect their favorite players’ Moments, for example.

That said, as we've done so far, we'll continue to ensure that rares remain rare and that legendaries remain legendary, so even if 100 times as many collectors show up, that doesn't mean that Edition Sizes will also increase 100x.

What About Those Exceptions?

When we started Series 2, which feels like a decade ago at this point, we made the call to cap all "three-star Rookie" (i.e. Rookie players’ Moments from their debut game in the league, minted in their rookie season) Base Set Moments at an Edition Size of 4,000 regardless of when we added them to the Base Set. This ensures that anyone wanting to compare these rookies against each other will be able to essentially compare "apples to apples."

Because of this, we're indoctrinating not only existing "three-star Rookies," but also any other “three-star Rookies” who make their Top Shot Debut in the Base Set this season at a 4,000 edition size.

Likewise, we intend to stick with the same Edition Size of /499 for Series 2 Metallic Gold LE, so that this complete set of rare Moments (outside of Challenge Rewards) remains consistent, even though this falls outside the new range for rare Moments moving forward.