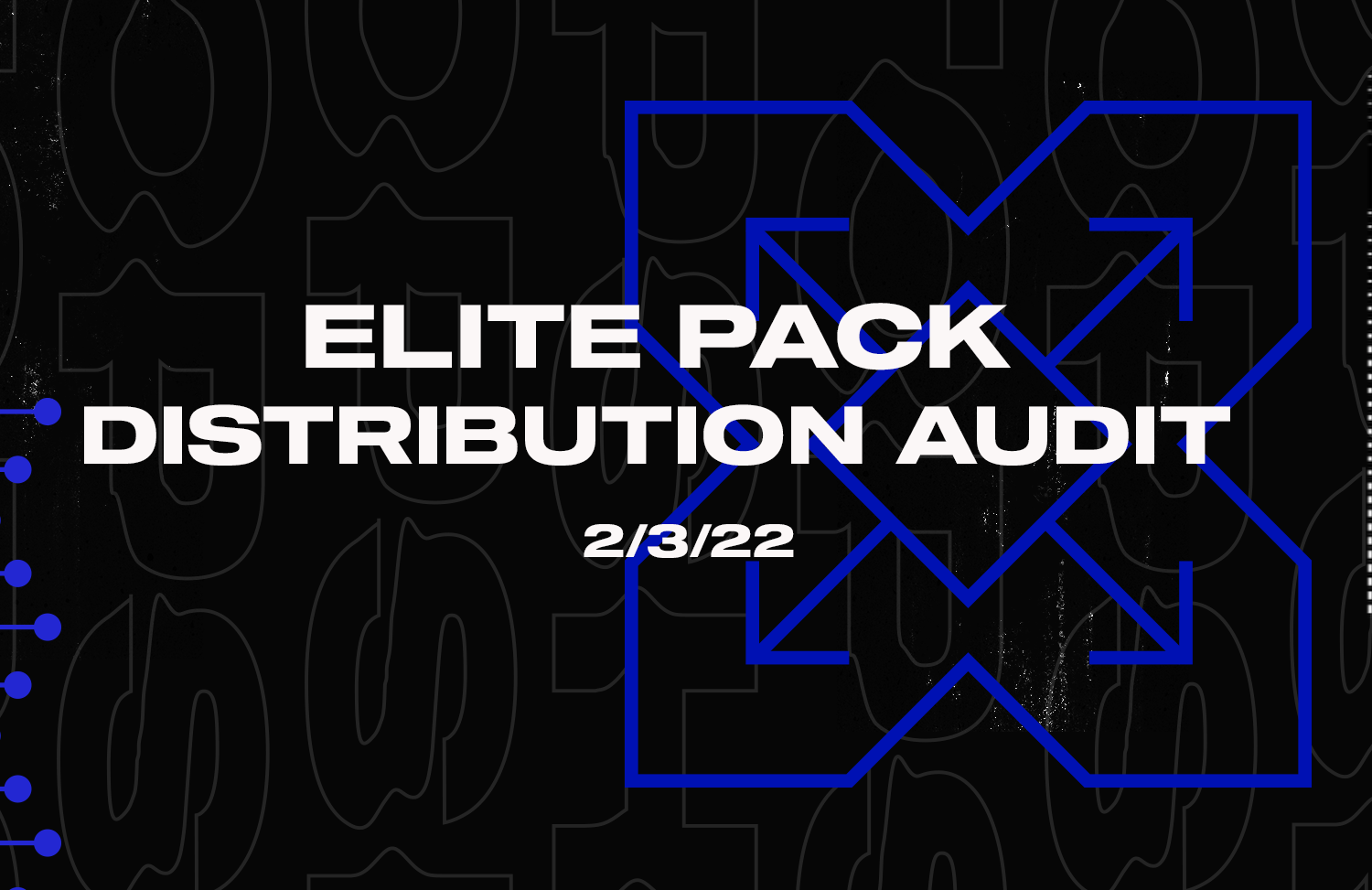 In everything we do, we want to create the best possible experience for our global hoops community -- while constantly pushing the boundaries of what's possible in this space. To that point, our team has been working tirelessly to debut a new model of pack drops in February. Today was our first day in this new pack model. Unfortunately, the drop didn’t go as planned.

Earlier this afternoon, we heard reports of collectors near the end of the Elite Pack Queue pulling an outsized share of the Rare and Legendary Moments from the drop. Upon further investigation, the randomization at purchase checkout for Elite Packs had a bug due to a new way the packs were distributed.

Historically, we randomized our packs as they were created. For example, all Holo Icon packs were created and randomized at the exact same time. This means that the serial numbers and players involved in each pack are completely random.

We then merge these 3 sub-packs (GRG, MGLE, Holo) into one listing: in today’s case, Elite Packs.

Although each user’s position in the queue was randomized, the distribution sequence of the packs was not randomized. Our intent was to have all three potential types of sub-packs (Holo Icons, MGLE, Game Recognize Game) interspersed at random throughout the Queue.

Most of the last packs sold from the Queue were Game Recognize Game sub-packs, as some collectors who had reserved those packs failed to complete checkout, and the packs were re-added to the back of the Queue.

The team had done several rounds of testing to prepare for today’s drop, but unfortunately, the focus of our team’s tests involved using Trade Tickets as the currency to purchase and did not involve Dapper Wallet. The Stress Test earlier this week focused on the quantity of packs a collector could purchase (based on Drop Score). The issues we experienced today were introduced as a result of the moving variables of today’s new packs.

As a result, the bug in the pack purchase experience wasn’t discovered until today. This issue didn’t occur with our pack airdrop earlier in the day as they were properly randomly distributed.

To remedy this situation, we will be crediting every collector who purchased a pack today with $49 in Dapper Balance per pack purchased.

Progress won’t always appear to be linear, but we are learning and improving daily.

We appreciate your passion, patience and understanding. We can’t wait to build this future with you.