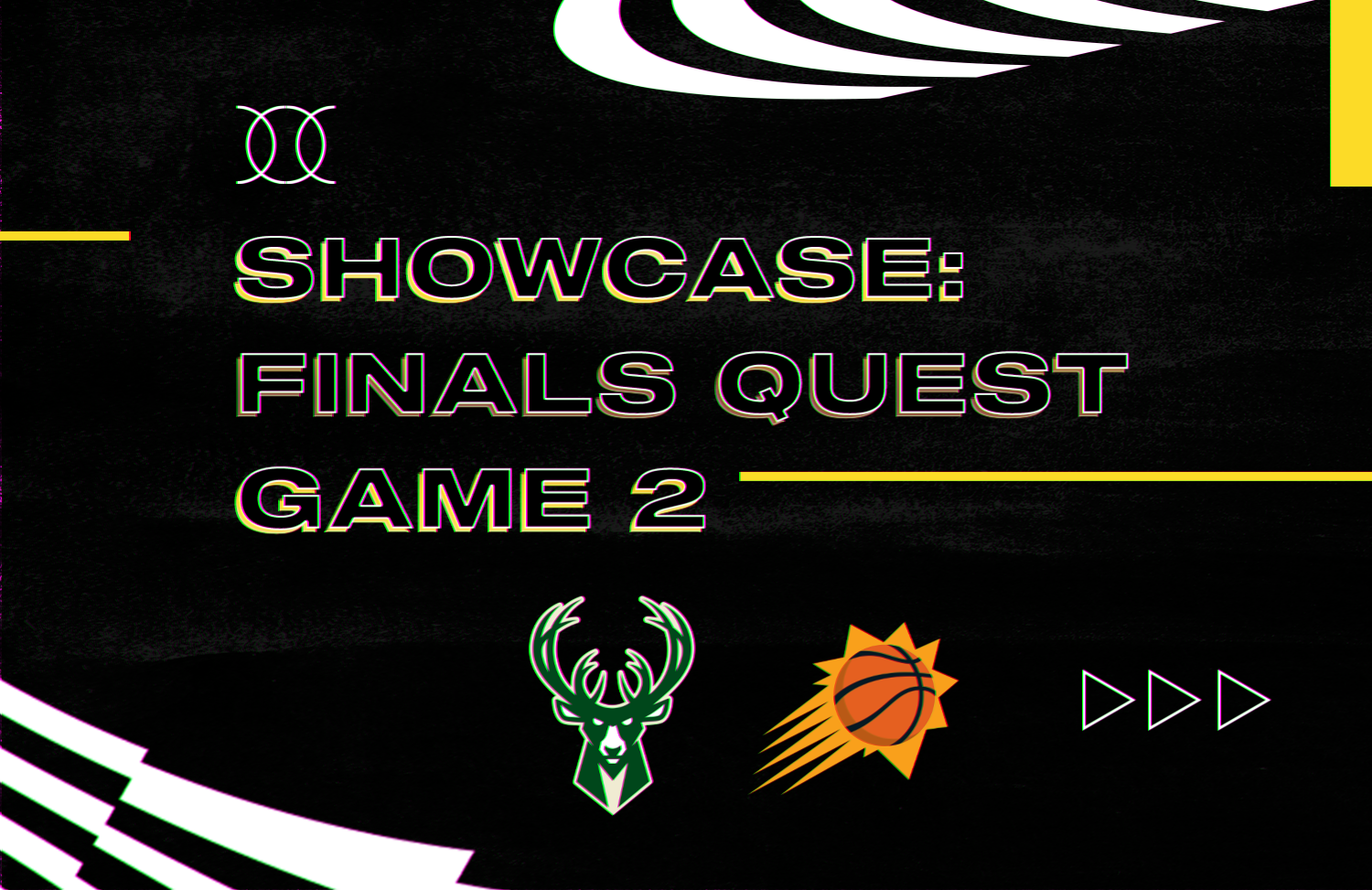 Congratulations to the 500 Collectors who will be receiving a 2021 NBA Playoffs Pack.

NOTE: There was a three-way tie from players with one assist each. For this Quest, the final player to round out the Top 10 will be Mikal Bridges.

Tuesday night, Giannis made his return to the hardwood for Game 1 of the Finals, but it wasn’t enough to deny the squad from the Valley -- or a possessed CP3, who went off for 32 points in his Finals debut.

The first Finals Quest featured some Suns lighting up the scoreboard, but for tonight’s Finals Quest Game 2, we’re going to change up the game plan.

To get in the game, you will still need to create a Showcase with seven (7) Moments -- but this time you’ll need to feature players with the most assists from Game 2.

Just like the NBA Finals, as the series progresses, the stakes get higher, so for tonight’s Finals Quest, we are upping the prize from 100 to 500 2021 NBA Playoff Packs.

Here are the exact details on how to get in on the action for Finals Quest Game 2.

So as long as you put exactly 7 Moments from 7 of the 10 players who led the Bucks & Suns Thursday night in assists in a Showcase and name your Showcase Finals Quest Game 2 by Friday, July 9th at 4:00 PM PDT, you’ll earn a chance at a 2021 NBA Playoffs Pack.

In addition to giving away 500 NBA Playoff Packs this game, you will also have the opportunity to earn a legendary NBA Finals pack or a rare Conference Finals pack.