Raise Your Game with Finals Quests 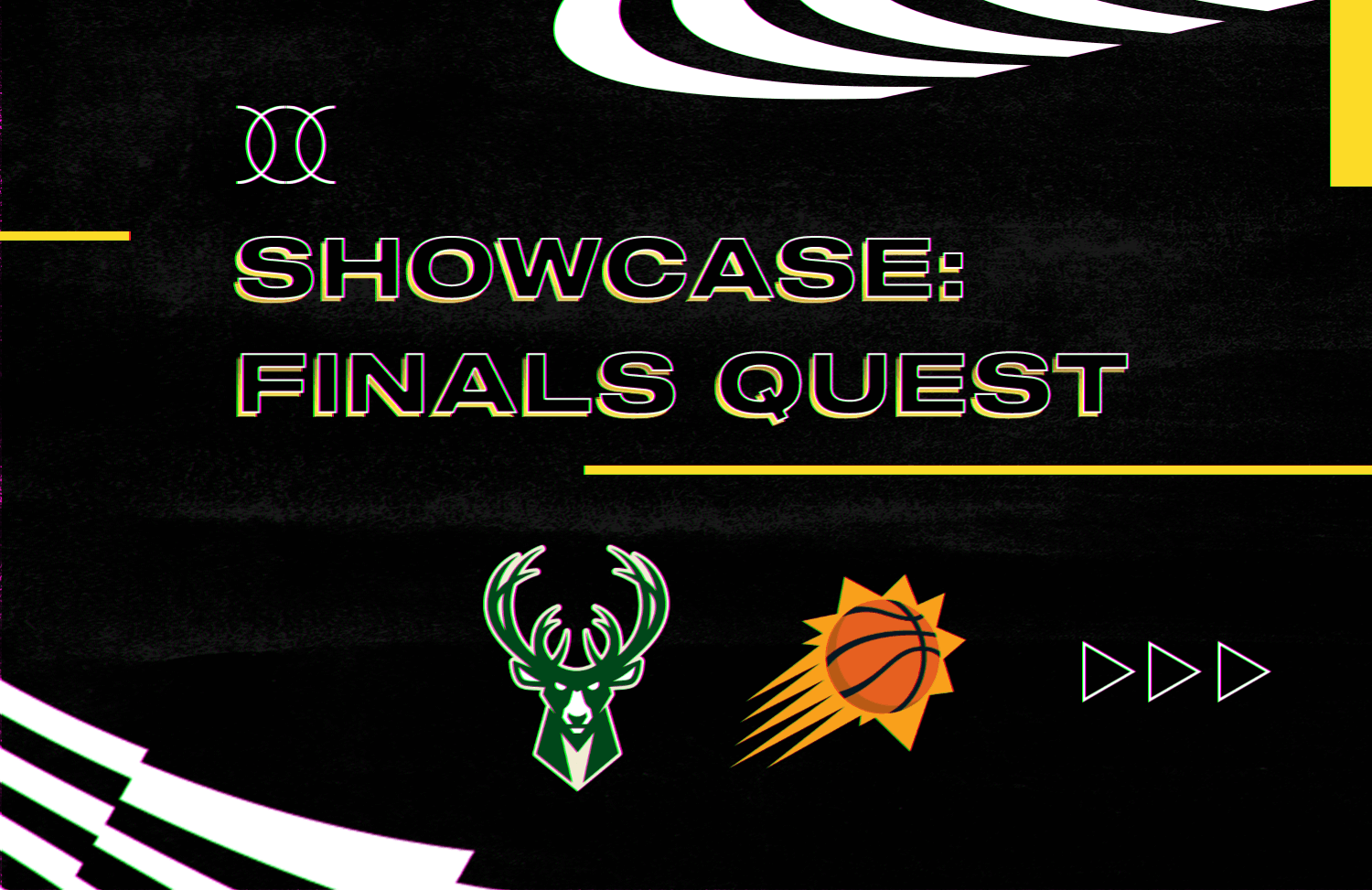 This time of year, you gotta bring your best every night.

With the NBA Finals between the Phoenix Suns & Milwaukee Bucks starting Tuesday, we’re excited to introduce you to our first-ever Finals Quest -- taking place for every game of the Finals, with every entry getting you a chance to win a Legendary pack.

To join in for Game 1, create a Showcase with seven (7) Moments based on the guidelines below and earn yourself a chance at a free 2021 NBA Playoffs Pack.

So as long as you put exactly seven Moments from seven of the 10 players who led the Bucks & Suns Tuesday night in scoring in a Showcase and name your Showcase Finals Quest Game 1 by Wednesday, July 7th at 4:30 PM PDT, you’ll earn a chance at a 2021 NBA Playoffs Pack.

Note that the above requirements are just for the first Finals Quest (Game 1), and the requirements for Quests will change from game to game so be sure to check back here for updates.

Additionally, with this being the NBA Finals, we had to take it up a notch!

In addition to giving away 100 NBA Playoff Packs per game, you will also have the opportunity to earn a legendary NBA Finals pack or a rare Conference Finals pack.

Congratulations to the 100 Collectors who will be receiving a 2021 NBA Playoffs Pack.