From Cleveland To Cali: The Cavaliers Top Shot Fan Community 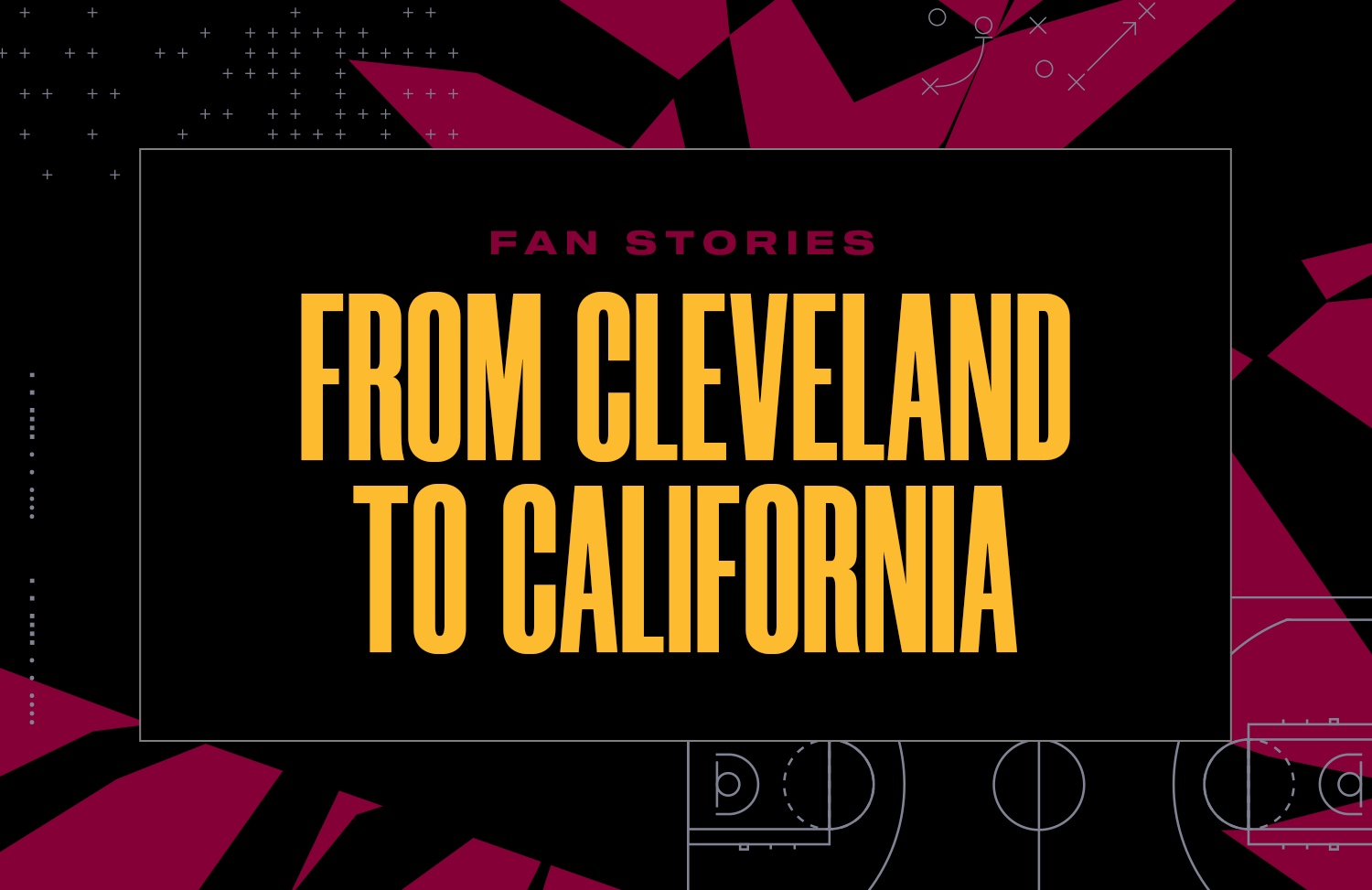 There are over 2,346 miles separating Ohio and California, but that doesn’t stop the Top Shot’s Cleveland Cavaliers Fan Community from providing their members with fandom-enhancing experiences. Last week, the Cavs Community sent Collectors to Cavs road games against the Warriors, Lakers, and Clippers as a way to engage their non-local members. The road game initiative is something that Team Captains Mukkle and Dagger7 want to implement the whole season.

For Epriesand, being in the Cavs Community is a way to stay connected to his hometown, despite living in California. Epriesand said that his fandom has actually grown while being a California resident since being a Cavs fan living on the West Coast is out of the ordinary. “[Rooting for the Cavs] makes me feel more nostalgic and more a part of my hometown now that I don't live there,” Epriesand said. “Getting to watch the Cavs play on the West Coast is almost more special.”

Not only does he get to feel closer to his hometown, Epriesand gets to share his fandom with his nine-year old son, who is starting to get into basketball.

With the tickets that the Cavs Community provided, Epriesand was able to share his love of the Cavs with his son at the Clippers/Cavs game. “He’s ripped packs with me and we do watch games together,” Epriesand said. “Before when I took him to games, it was just for us to go to a game together and spend some time together, but he didn't really know what was going on. Now he knows the players, he knows who is good. He's actually starting to see the game and we can talk about it more.”

“I had known that people were attached to serials to numbers, but I didn't really think any of them were ever in reach. But then when I saw [the Collin Sexton Moment] and I was like, wait a second, this could be something that I do because it's so much more approachable,” BigUmbrella said. “It was a great way to collect moments that I think have more value than the typical random serial number.”

The Cavs Community sent BigUmbrella and two other Collectors to the Warriors/Cavs game, which was their first time getting to meet each other in person.

Amongst the Cleveland natives, there are also fans that are newer to the Cavs fandom such as Chapstick, a Los Angeles resident that adopted the Cavs as his team when he was first getting into Top Shot. Chapstick started off as a huge college basketball fan who then got into collecting. From there, his interest in the league as a whole has grown.

The Cavs Community sent Chapstick to the Lakers/Cavs game last week. Even with being relatively new to the Cavs fandom, Chapstick said that they have made him feel right at home.

“The Cavs Community do a great job at being proactive and inclusive,” Chapstick said. “The Team Captains are great at being available to community members regardless of where they live.”

@packaliers thanks for the tickets. There’s something special brewing w the @cavs this year. @NBATopShot pic.twitter.com/C9lObuejsN

Many of the Cavs Community members commended Mukkle and Dagger7 on their efforts to make their international members feel a sense of community as well.

“If people are international, we’ll do online game nights, have giveaways, and mail t-shirts,” Dagger7 said. “We just want everyone to feel included. There’s room for everybody.”

In addition to everything the Team Captains are doing to make the long-distance community members feel included, the Cavs Community are planning even more local community meetups. The ability to share their fandom face-to-face is something that Mukkle is passionate about, thanks to a serendipitous encounter with another Top Shot Collector.

While at a game, Mukkle was talking to his friend about a Top Shot Moment that he had acquired, which got the attention of the person sitting in front of him who is also an avid Cavs fan and Top Shot Collector.

“It was cool to meet somebody randomly who happened to be a Top Shot person in the wild, genuinely be someone that I could see being friends in real life,” Mukkle said. “That kind of opened the door for, ‘Oh, maybe this is something I can turn into being more than an online community.’ And that kind of manifested itself when we did our first meetup and 30 people showed up.”

The Team Captains are already planning their next Community meet-up, so to stay up-to-date with the Cavs Community, tap in here.

To explore the Top Shot collections of each fan featured in this story, click the images below.

To start your NBA Top Shot collection and celebrate your love of the NBA with officially licensed collectibles, create your free account today.