Here's ALL The #NBA75 Players With Moments On Top Shot 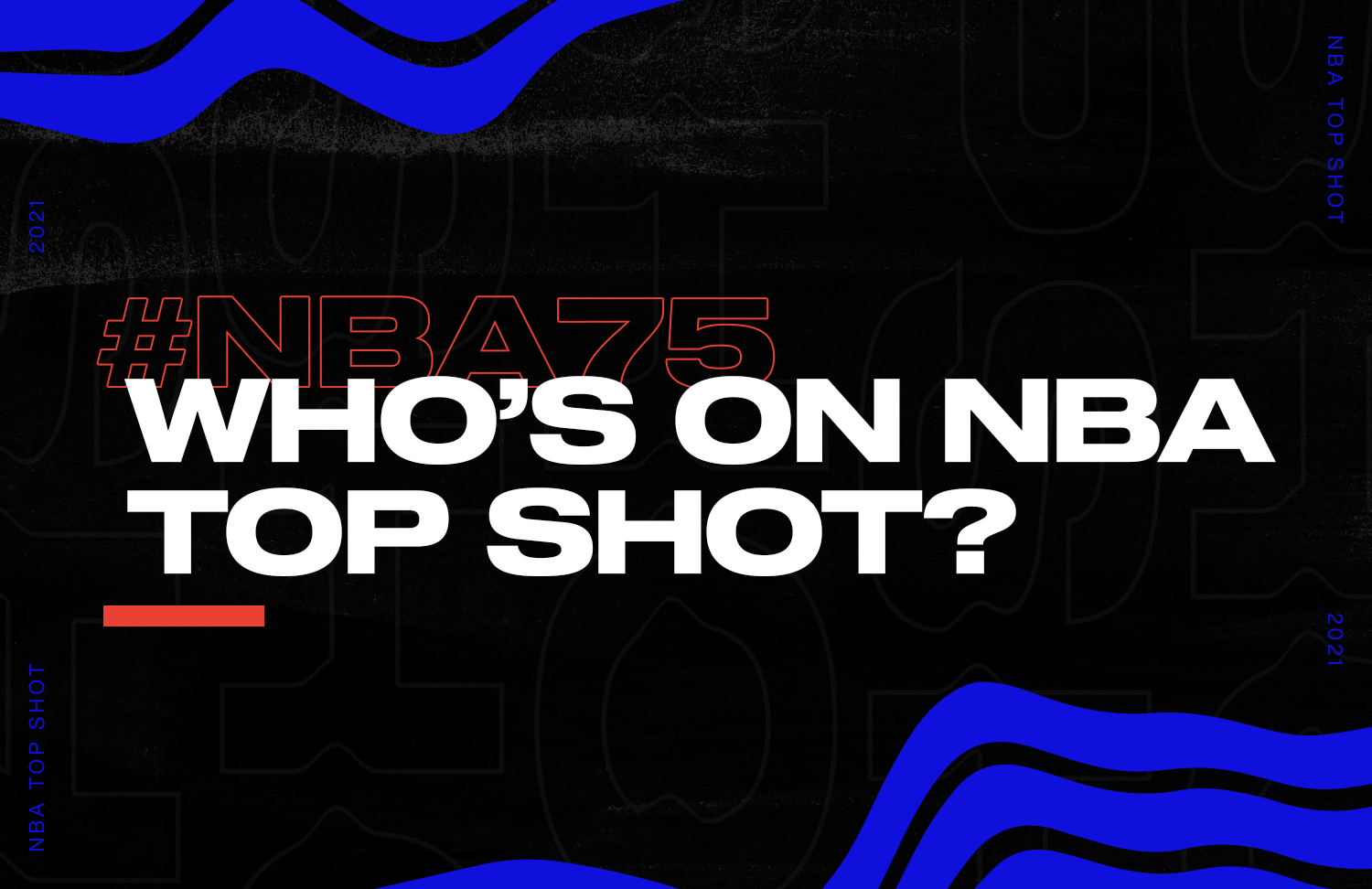 The 2021-22 season marks the NBA’s 75th year as a league. To commemorate their Diamond Anniversary, they announced a list of the game’s 75 greatest players, voted by former players, coaches & media members.

Here’s a list of all the players (and their moments) that are available in the marketplace!

Though Ray Allen’s three-point record will soon belong to Stephen Curry, there’s not many others who belong in the same conversation as a shooter - especially on the game’s biggest stage: his shot to save Miami’s title in 2013 is an all-time moment.

At age 27, it’s not crazy to consider Giannis amongst the best to ever do it. His 50-point performance to help secure Milwaukee’s first title in as many years cemented him as an all-timer.

#10 on the NBA’s all-time scoring list - Carmelo’s truly made it look easy over the span of 19 years - not many players you’d rank ahead of him in terms of pure ability to put up points.

It's mind-blowing to realize Steph is just now entering his prime years. Already the owner of 3 NBA titles & 2 MVPs, his inclusion on the NBA75 list was all but a formality.

Although including AD was a bit of a preemptive selection, his gaudy defensive numbers (5 All-Defensive team selections, led the league in blocks 3 times), All-Star appearances and recent championship put him over the top.

Perhaps the greatest power forward ever, Duncan’s career stacks up with anyone on the list. His longevity, consistent team success & ability to dominate multiple eras of basketball is unmatched.

The only question regarding Kevin Durant is exactly where would you place him on a ranked list of these same players? Top 10, 15, 20? Or maybe even Top 3-5 when it’s all said and done?

Kevin Garnett embodies the level of passion, respect & dedication to the game necessary to reach an elite level in the sport. With over 26,000 points, 14,000 rebounds & 5,400 assists, KG starred in every area over the course of 20 years in Minnesota, Boston & Brooklyn.

From Sixth Man of the Year to MVP: Harden’s an impossible cover - one of the most accomplished scorers of his generation.

‍AI’s influence on the modern era, both on and off the court, cannot be overstated. Listed at just 6’1, 165 pounds, Iverson led the league in scoring 4 times and averaged north of 30 points/game on three separate occasions.

The NBA’s unofficial “torch carrier” of the last 20 years, few athletes have lived up to the tremendous hype like LeBron - he’s one of a couple select players (Michael Jordan, Kareem Abdul-Jabbar) with a legitimate case for #1 if the list was ranked.

An NBA title, 10 All-Star selections and the #2 spot on the NBA’s all-time assists ladder made J-Kidd an easy choice for voters.

Kawhi’s place on NBA75 was stamped after leading Toronto to its first NBA title in franchise history. Similar to Giannis Antetokounmpo, Kawhi’s already racked up a laundry list of accomplishments at a young age (30).

Much like AD, Dame’s still on the road to justifying his status. So far though, so good: 6 All-Star appearances and a bonafide standing as Portland’s franchise player for almost 10 years made his inclusion possible.

Mavericks legend Dirk Nowitzki was instrumental in challenging the conventional notion of NBA bigs - his shooting touch & versatility, at 7’0, mirrors how the game is played today. A 14-time All-Star in Dallas, their 2011 NBA Finals victory is one of the most impressive feats in recent memory.

Though Shaq was just a few years in when he was named as one the NBA’s 50 Greatest Players in 1997, the voters got it right: additional time produced one of the most dominant forces you’ll ever see.

There’s not much holding CP3 back when discussing the best floor generals of all-time. An NBA title is icing on the cake but there’s no doubting his place as a gold standard amongst playmakers over the last 15-20 years.

The all-time leading scorer of one the league’s most storied franchises (Boston Celtics) is a no-brainer for NBA 75 - Paul Pierce’s career has somehow become underrated in recent years.

A 3x NBA champ, Dwyane Wade solidified himself a clutch performer early in his career - Heat legend, top 5 shooting guard to ever lace ‘em up.

Russell Westbrook’s unique skill set, intensity & mentality has led to an extremely successful NBA career. The idea of anyone breaking Oscar Robertson’s record for triple-doubles was unfathomable - Westbrook now finds himself with a nearly impossible mark to match.