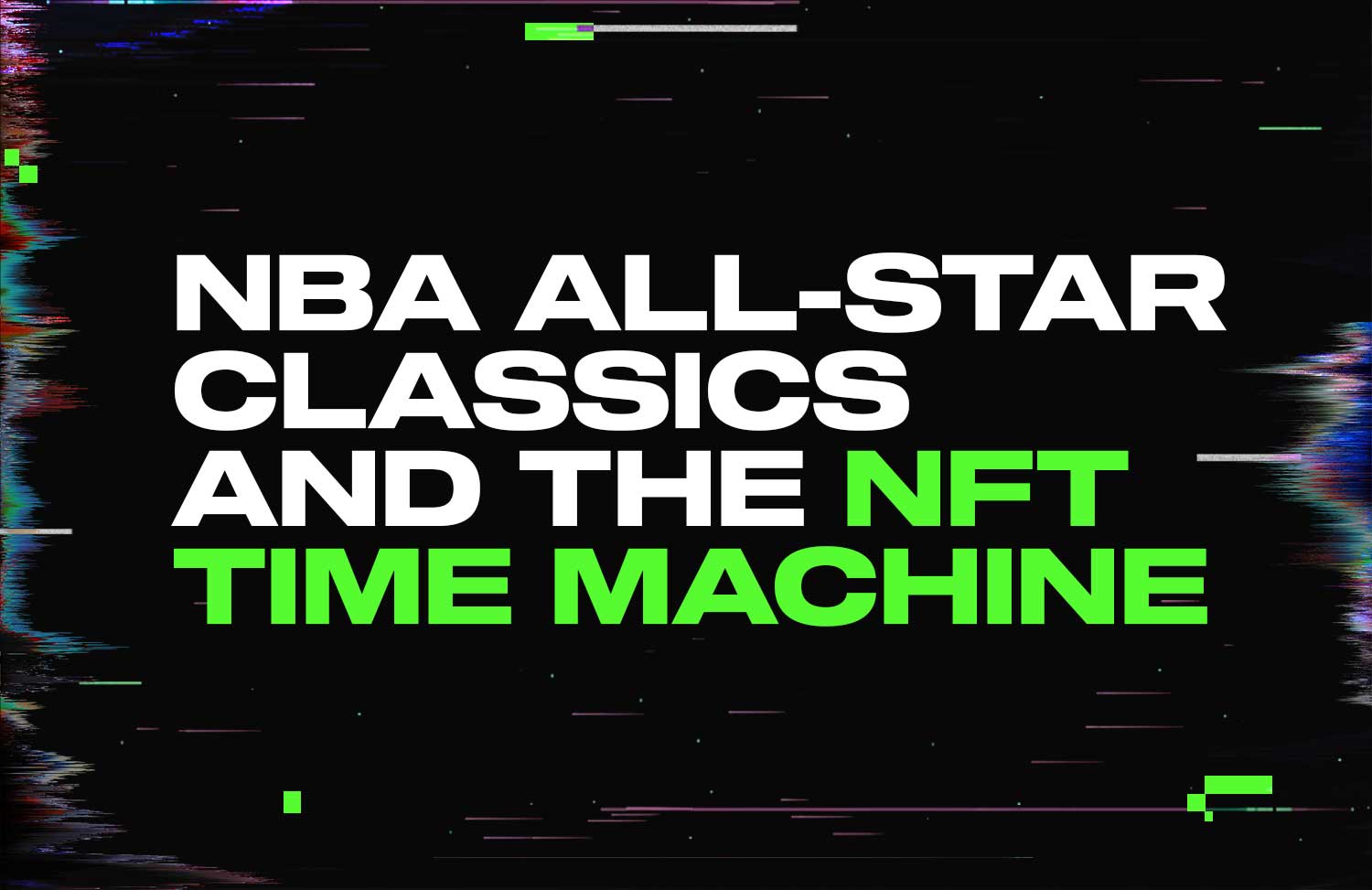 On February 12 and 13, 2000, the NBA’s best and brightest gathered in a gym just off the highway in Oakland, California for a series of exhibition basketball events that will be etched into my memory until the end of time.

On Thursday, February 24, 2022, some of the most iconic and memorable moments from that weekend will be released as Moments in Standard and Elite NBA All-Star packs, permanently minted on the blockchain as NFTs in the conclusion of NBA Top Shot’s new Series 3 Set called NBA All-Star Classics.

But before we look forward, for a brief moment, we have to go back.

At the time of the 2000 NBA All-Star Game, I was 12 years old. Google was in Beta. We connected to AOL Instant Messenger using painfully slow 56K modems to chat with our friends. People recorded personal videos on expensive, bulky devices called camcorders. Society at large was reeling from the aftermath of Y2K, a hysteria-inducing faux “crisis” where people were convinced that the date ending in ‘00” with the arrival of the new year would cause a system-wide computer crash that led to a technology-driven apocalypse.

American Beauty, a movie about people struggling to accept the changing world around them, won Best Picture at the Oscars, while The Matrix, a movie about embracing change and the role technology plays in it, took home awards in Visual Effects, Sound, and Editing.

An incredible dunker, athlete and basketball player would enter the weekend known as Vince Carter and leave it known as Vinsanity. A tall and lanky baby-faced German power forward named Dirk Nowitzki would lose the three-point contest to reigning champ Jeff Hornacek, but leave with my heart and adoration for years to come.

If you missed the All-Star Game, Dunk Contest, or Three-Point Contest on TV that weekend, your only option was to wait patiently for the one-hour SportsCenter block on ESPN to catch the highlights.

Technology and basketball have changed a lot since then.

During the 1999-00 NBA season, teams averaged 4.8 three-pointers made and 13.7 three-pointers attempted per season, averaging 97.5 points per game across the league.

But I remember this weekend and moment in time in my sports consciousness like it was yesterday. Vince Carter and Dirk Nowitzki would go on to become my favorite non-Knicks players in the NBA. I mimicked Dirk’s high-arcing deep-threes in my driveway while rocking his jersey. One of my friends had the kind of hoop that you could lower, so we’d set it at 8-feet and attempt to stuff our elbow into the rim like VC as we dunked it, with mixed results. Over the next 12 months, I’d watch my Knicks, Mets and Giants lose in crushing, heartbreaking fashion while on the cusp of greatness. Reggie Miller would cement his status as the ultimate New York sports villain, and Patrick Ewing would play his last games as a New York Knick.

Being a sports fan is chasing an always moving goalpost of expectations, with fleeting moments of pure elation speckled amongst the constant desire for a different outcome. Basketball can be romantic. Our fandom, as spectators and collectors, is supercharged by emotion and passion. We know what we want and the margin of victory is so slim, but man, is it so damn sweet when you finally get it.

For the NBA Top Shot community, NBA All-Star Classics is a carefully curated set of 12 “grail” Moments representing a moment-in-time that is special for many. They’re not all attainable for everyone, but anyone can potentially get 10 of the 12 in a pack, and for the people that do, they’ll get to feel that feeling we all crave as sports fans.

In this pack drop, Dirk Nowitzki before he became the Dirk we all know. Steve Francis as a Houston Rocket in a season he co-won Rookie of the Year with Elton Brand. Jason “White Chocolate” Williams demonstrating his signature handles. Jason Kidd on the Phoenix Suns, just feeding people the most perfect assists you’ve ever seen. Tracy McGrady in a classic Raptors jersey, dueling with his cousin, at the start of an all-time “what if?” tandem.

A Challenge Reward that’s as tall of a task as the man it represents; Shaquille O’Neal at the peak of his powers, in a Lakers uniform, in the midst of an MVP season that saw the Lakers win 67 games on their way to a dominant NBA Finals victory over the Indiana Pacers, where he earned Finals MVP, and begun a dynasty that would shape the history and story of the league forever.

But rest assured, while the timelines aren’t obvious or immediate in every instance, for the players you crave today, the opportunity to own them on NBA Top Shot in a different form or fashion will come. The story of Shaquille O’Neal on the Los Angeles Lakers is deeper than a dominant NBA All-Star Game performance, and deserving of more than 50 total NFTs.

That holds true for the players coming to the blockchain in the Series 3 NBA All-Star Classics Set, and many of the other icons and Hall of Famers from NBA history that we cherish in our hearts and minds.

For me, and countless basketball fans around the globe, NBA Top Shot serves as a modern and beautiful time capsule for our fondest basketball memories. Unlocking those memories for everyone can’t and won’t happen overnight, but it will happen.

Today, we reminisce about the 2000 NBA All-Star events, hoping to find NFTs representing them in our packs, while celebrating the excellence of the 2022 NBA All-Star Game and continuing along a path laid out in a roadmap for the 2021-22 NBA season, capturing basketball history as it happens.

As for the future? The best of the NBA’s past and present, in due time. Technology and basketball, playing off each other in a constantly evolving rhythm that we’ll create together.