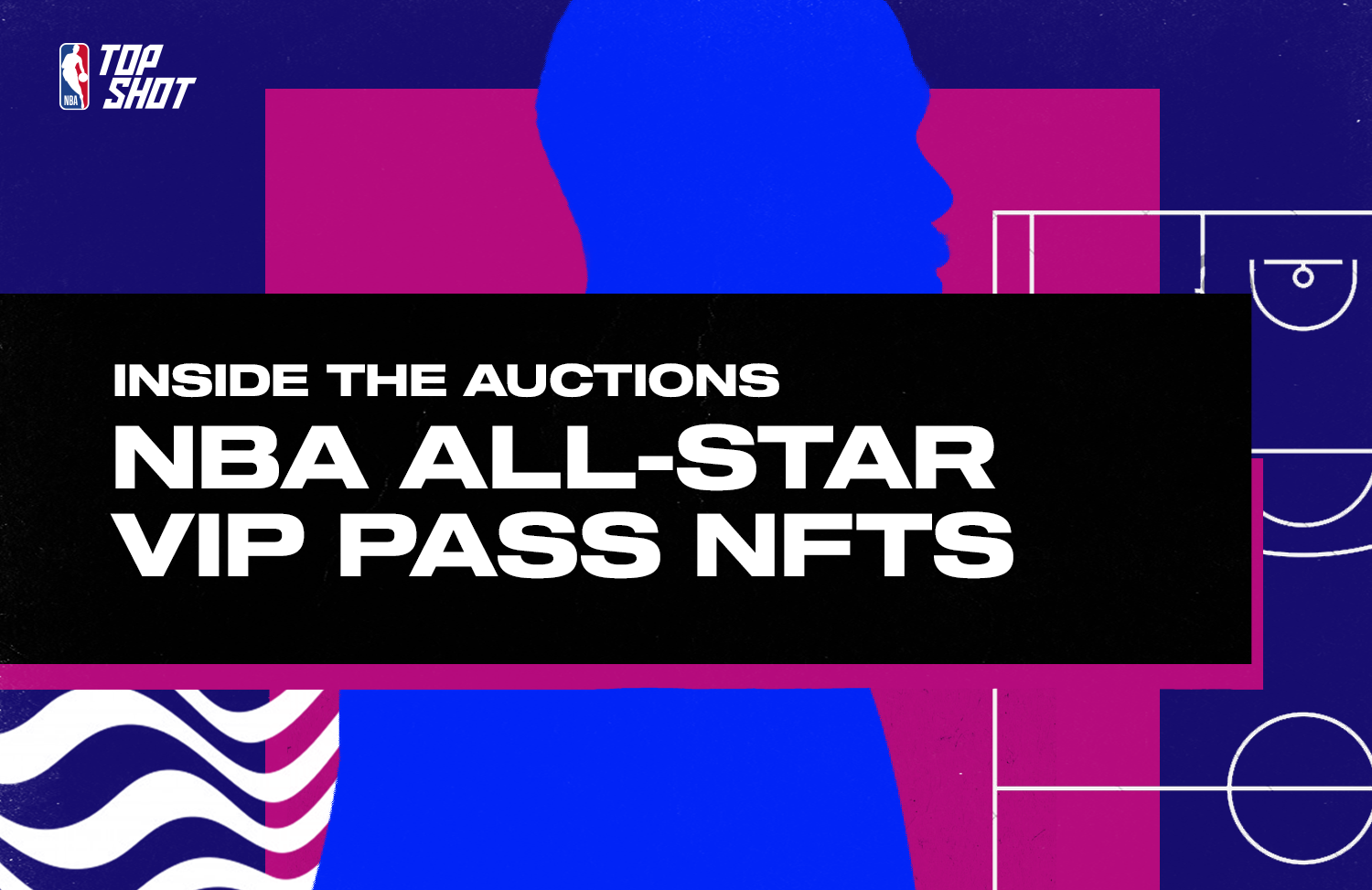 Every February for the next five years, a small group of NBA Top Shot collectors and their guests will get to play basketball with an NBA legend on the court of the NBA All-Star Game.

Their ticket to that experience, and a series of other VIP events and signature NBA All-Star games and contests, is a 1-of-1 NFT created by NBA Top Shot and the NBA to celebrate the league’s 75th anniversary and demonstrate the role technology plays in the future of fandom.

Unlocking access to all of those benefits is straightforward; outbid the competition in an auction dedicated to each of the NBA’s 30 teams.

Each auction has been an experience in and of itself, with some going overtime for 2+ hours after the 8pm EST closing time, as each bid in the final 10 minutes adds 10 minutes to the clock and members of the community fight for the right to own this piece of NBA history.

The participants have brought some surprises, too.

While some are established members of the NBA Top Shot and NFT community, we’ve seen others who have created their NBA Top Shot account in the last week and made deposits in excess of $40,000, ripping their first Starter Pack in the process of attempting to win a fierce bidding war for the most exclusive collectible we’ve ever created.

In an unexpected twist, one group within the NBA Top Shot community has been dominating these auctions; holders of a complete Cool Cats Set, also known as the Nine Lives Lounge. 6 of the first 8 winning bids have come from NLL members.

The remaining two winning bids actually belong to one user, who snagged the Sacramento Kings and Phoenix Suns NFTs in back-to-back nights, and in the process, secured themselves 4 tickets to all of these events for the next 5 years, plus 102 NBA Top Shot packs and a 50,000 point Collector Score boost.

There are only 31 total 1-of-1 NBA All-Star VIP Pass NFTs that will ever exist, and only 22 remain available as of now. Eight have been won via auction and one was won via sweepstakes, with over 61,000 people entering for their chance to win this incredible package for free. The sweepstakes winner has been selected and notified, and will be announced soon.

When the NBA approached us to partner on this amazing initiative to celebrate the history and future of the league, we were excited by the opportunity to demonstrate how NFTs can represent unique utility. In the process, the NBA Top Shot team were able to finish building and shipping new features that have been in various stages of development.

Once the clock expires and the winning bid is finalized, each NFT is minted and delivered to the fan’s NBA Top Shot account in a new dedicated section of their profile called “VIP NFTs” and a VIP Pass Owner badge is added to their name. Then, the funds are transferred from their Dapper Wallet, completing the auction and minting experience.

Shortly after all 30 auctions conclude, a new marketplace section will be added to NBA Top Shot where users can list each 1-of-1 NFT for sale if they’d like.

If they choose to keep the NFTs, each year they’ll be delivered the tickets tied to the NFT, which they can choose to keep or sell outside of the NFT itself.

As the auctions unfold, we’re excited to see how friends, DAOs, and other members of the NFT community approach these 1-of-1 NFTs in creative ways to secure and potentially share the five-years of VIP NBA action they provide.

In the future, we are excited to integrate this auction and bidding functionality into the core NBA Top Shot marketplace experience, but there is no specific timeline for those features that we can share with you today.

For the rest of March, an auction will conclude each night. We look forward to seeing which members of our community win and how they each unfold. No matter what happens, one thing is for sure; the next five-years at NBA Top Shot will be special, and this is just the beginning of how we’re going to unlock access to NBA experiences in innovative new ways with different levels of accessibility.

If you’re interested in participating in any auction and need help onboarding new funds in an expedited manner, please reach out to our VIP team or visit our FAQ to answer any questions you may have.