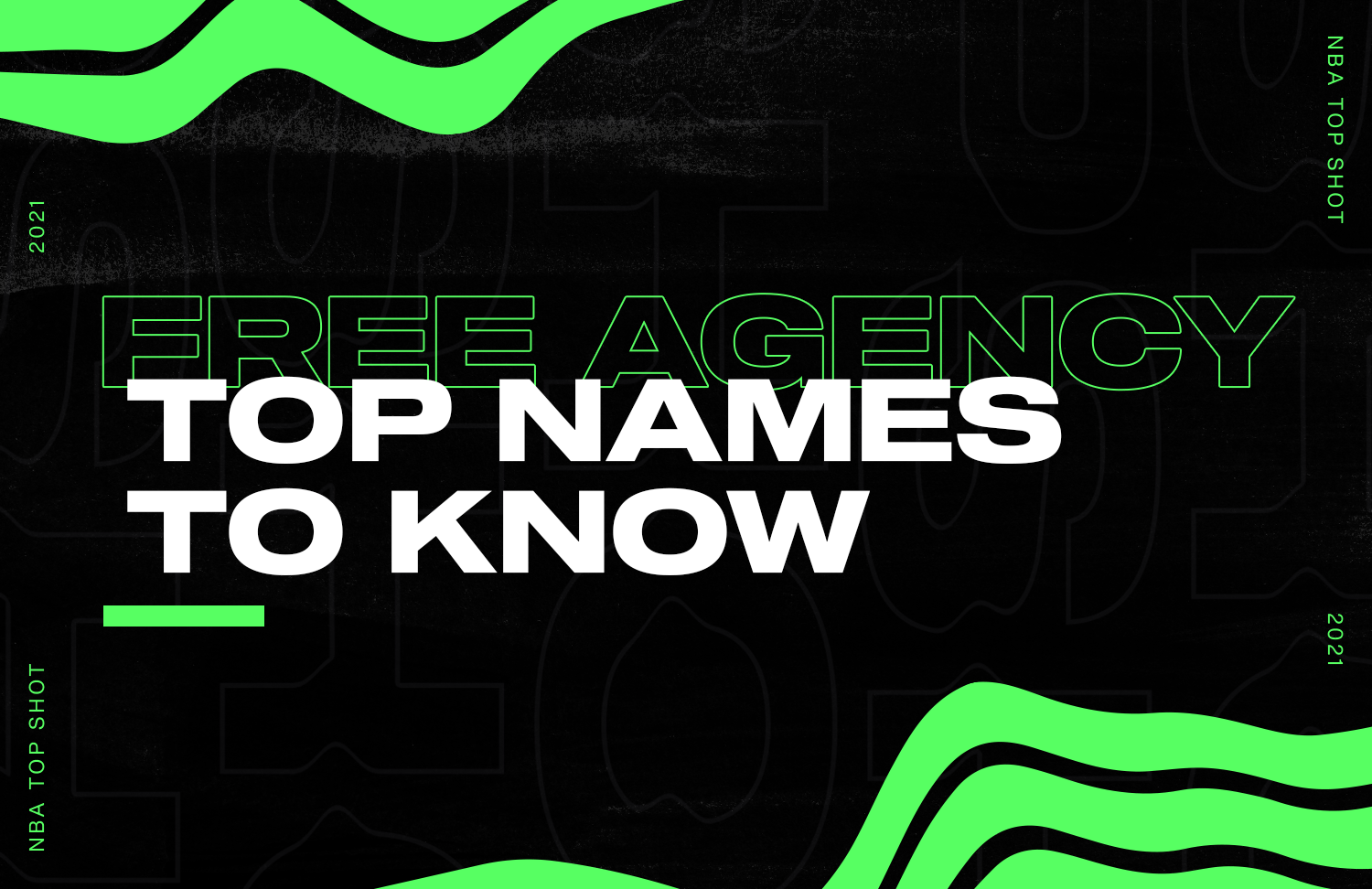 We have arrived at one of the most exciting times of the NBA calendar, Free Agency. For the next few days (and weeks, if you don’t get the player(s) you’re after) teams will be doing everything they can to improve their chances of winning a championship.

Rumors fly. Bombshell Twitter posts drop. The league changes almost overnight. And this year’s gonna be a big one.

Before we dive into the best players available, let’s learn the difference between the two types of free agents: unrestricted and restricted.

Unrestricted Free Agents are players without a team (likely their contract just ended) that have no restrictions whatsoever in finding a new team.

With that in mind, we’ll be focusing on Unrestricted Free Agents as they are historically quite a bit more likely to land on a new team (and shake up the NBA).

There are some very big names available and some of these players are expected to remain on their current teams...but it’s the NBA. Expect the unexpected!

Free Agency Outlook: Coming off one of the best seasons of his career, Paul is proving that age is only a number. The belief is that Paul will return to the Suns to run it back for another Finals run. As it is, Paul’s still one of the elite point guards in the league, with a long track record of providing a significant boost to every new team where he lands (as he did with Phoenix this year). His free agency will be a headline.

Free Agency Outlook: The Clippers have unfinished business. After going big to pair up Kawhi and Paul George in 2019, L.A. fell just short of its first-ever NBA Finals trip in 2020-21. Leonard’s knee injury derailed the Clippers’ title chances this year. But if he returns to L.A., the pairing of George and Leonard is as good a duo in the league that can elevate a team’s championship aspirations.

ALL-STARS ON THE MOVE?

Free Agency Outlook: Conley has been a perfect complement to Donovan Mitchell as he  doesn’t need the ball in his hands to make a difference. It’s certainly possible that the Jazz would benefit in the playoffs if they allow Conley to increase his usage. His verteran presence is incredibly important and Utah will be doing everything they can to re-sign Conley as quickly as possible.

Free Agency Outlook: Kyle Lowry finally got his NBA Championship in 2019, alongside Kawhi Leonard at the game’s highest stage. And while the Raptors came out strong in their title defense in 2019-20, last season was a tough one in Toronto. The Philly native is a winner and a steady, veteran presence that would be a boon to any roster.

Free Agency Outlook: Derozan has added to his game in recent years, wrapping last season with a career-high 6.9 assists per game. The four-time All-Star enters the free agent market with hopes of joining a contender. DeRozan will likely have several teams eyeing his services. A master of the mid-range and finishing in traffic, it will be interesting to see which team suits his particular skill set.

Free Agency Outlook: Schröder provided a capable third option alongside LeBron James and Anthony Davis for the Lakers last year, and although he had some postseason struggles, the German-born point guard’s capable of running the show with the starting unit or coming off the bench as a microwave Sixth Man.

Free Agency Outlook: Dinwiddie’s season was cut short after six games due to a partially torn ACL, but the 6-foot-5 guard is just a year removed from the best season of his career (20.8 ppg, 6.8 apg). Dinwiddie’s free agency will be followed closely for teams seeking a player who can initiate offense and create easy opportunities for his teammates.

Free Agency Outlook: The athletic big is coming off the best season of his career, with career highs in points, rebounds and blocks. The Kings are interested in bringing him back, but Holmes will have no shortage of suitors as arguably the most sought-after big man on the open market.

Free Agency Outlook: THJ’s become a high-level scorer in the league, shooting just under 40 percent from 3-point range over the last two seasons, often as the Mavs’ second-best scoring option after Luka. The Mavericks will look to re-sign him, but don’t be surprised to see a contender lure him with a massive long-term contract.

Free Agency Outlook: Bobby Portis significantly increased his profile this past season as an essential part of the Bucks championship. Portis ranked third in the NBA last season in three-point field-goal percentage. As someone who can stretch the floor and provide instant energy off the bench, teams will be lining up for a player like Portis.

Free Agency Outlook: Green’s still a high-level 3-and-D guy, especially coming off the bench. Shooting over 40 percent from distance last year, he’s a savvy veteran and teammate with championship pedigree -- plus the potential to be a good fit almost anywhere.

Free Agency Outlook: Another natural scorer, the 28-year-old Fournier’s becoming a bigger threat from the floor, firing at 41.3 percent from behind the arc last year (and 17.1 ppg). The Knicks are rumored to have interest, and the Celtics would love to bring him back at the right price. As a sizable two-guard with strong shooting and solid playmaking, he’ll be in high demand.

MORE NAMES TO KEEP AN EYE ON

Free agency officially starts Monday, however, signings are not made official until August 6, 2021. There are many other intriguing players available that will help build out a championship contender. As the Bucks showed, depth is just as important as star power.