NBA Playoffs Round Two on Top Shot: Behind The Moments 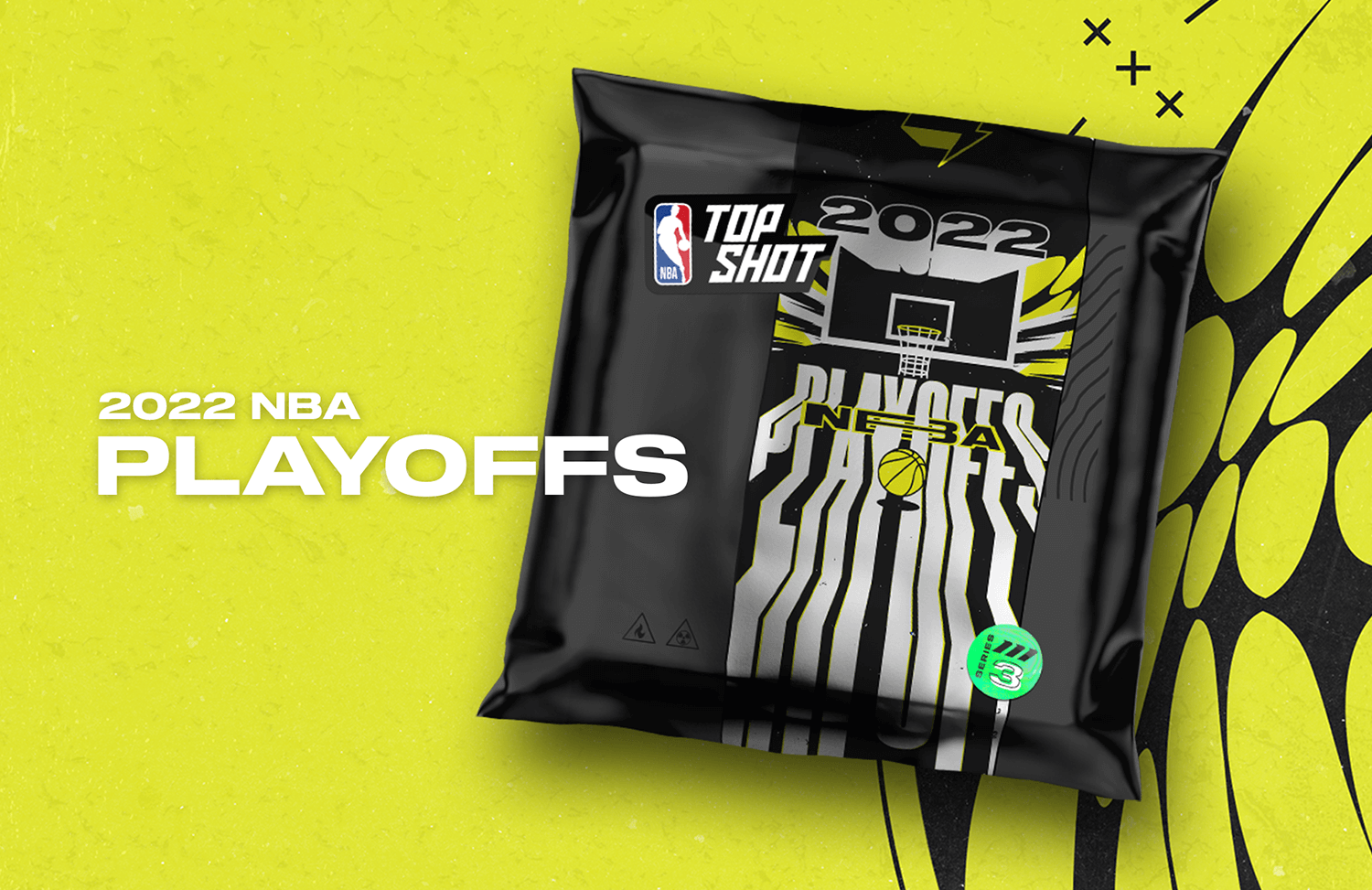 Basketball fandom is full of highs and lows, and during the intensely competitive second chapter of the 2022 NBA Playoffs, legends were born and history was made. 260 NBA Top Shot collectors witnessed these games first-hand with tickets they won by holding Legendary Moments from the teams they love.

For fans of the Miami Heat, Golden State Warriors, Boston Celtics and Dallas Mavericks, a new collection of stories will live on at their dining room table and group chats. Performances that go down as local legend. Shots that reinforce every ounce of belief that your star is the star. The guy who brings home a title and cements his legacy forever as a champion.

For fans of the Philadelphia 76ers, Memphis Grizzlies, Milwaukee Bucks and Phoenix Suns, the memories you want to cherish and forget at the same time; the what-if feeling that lingers for longer than you’d like. The optimism for the future is a glimmer of hope to help soothe the sting of defeat.

For fans of the NBA around the world, the 20 best stories from these four incredible Conference Semifinals matchups will be memorialized forever as collectible NFTs, coming to life on Saturday, May 21.

Here’s a deep-dive into the story behind each of the 20 new Moments coming to the 2022 NBA Playoffs Set on Top Shot in Series 3, with 16 landing in packs and 4 available to earn as Challenge Rewards.

THE MIAMI HEAT DEFEAT THE PHILADELPHIA 76ERS IN 6 GAMES

As Joel Embiid sat out the first two games of the series with a fractured orbital bone, the scientific name for a broken face, the Heat took advantage of the MVP candidate’s absence to take an early 2-0 lead in the series. Bam Adebayo exploited the mismatch in the paint during Game 2, scoring 23 points on 11 shots to pair with 9 rebounds, including an emphatic dunk that captures the essence of his performance this series.

Before Game 2, Tyler Herro was recognized as the NBA’s Sixth Man of the Year, and during the game, he demonstrated his dynamic playmaking abilities. Herro carved up Philly’s D with a flurry of handles and head fakes that led to a graceful layup off the glass. His achievement and Game 2 performance is captured as the Challenge Reward for this series.

Game 3 marked the return of Joel Embiid, donning a black mask and a chip on his shoulder. In a defensive slugfest, Embiid clogged the paint and rallied his team for a gritty 97-79 win, led by his 18 points, 11 rebounds and undeniable leadership. His impact is captured in this pull-up jumper (and one) over Bam Adebayo, in front of a raucous home crowd.

In Game 4, James Harden had his best game of the 2022 NBA Playoffs, his second highest-scoring performance as a member of the Philadelphia 76ers and his best three-point shooting display of the season. Harden’s 31 points, 9 assist and 7 rebounds, including 60% from beyond the arc, led Philly in scoring and dimes, locking in a clutch 116-108 victory at home. This deep three over Victor Oladipo with 67 seconds left in the game was an emphatic final bucket in Harden’s big night, and is his only 2022 NBA Playoffs Moment on Top Shot.

All series long, Max Strus has been draining deep, heavily contested three-pointers as one of the surprise scoring threats for Miami. This three-pointer captures his energy and sharpshooting, part of a 19 point and 10 rebound game in a dominant 120-85 Game 5 win that helped Miami regain control of the series and eliminate the 76ers two days later.

THE BOSTON CELTICS DEFEAT THE MILWAUKEE BUCKS IN 7 GAMES

In a Game 1 victory, Giannis Antetokounmpo set the expectation for his performance all series long, with high-effort and highly-impressive plays worthy of the “Greek Freak” moniker. In a series full of impressive plays and major shots, the off-the-backboard alley-oop to himself captures his relentless motor and ability to will his team to win. The performance comes in a 24 point, 13 rebound and 12 assist triple-double, the second triple-double ever in his NBA Playoffs career.

The unexpected foil for Giannis all series long was the resurgent Playoffs performance of Al Horford, whose Game 4 dunk over Giannis is the Challenge Reward for this series. Horford’s career-best and Playoffs-best 30-point game was capped off by this poster-worthy dunk Moment that tied the game at 80-80 and energized his squad towards a 43 point fourth quarter that sealed a big victory. Horford went 11-14 from the field and 5-7 from three, making Celtics history as the oldest Boston player with a 30-point playoff game since 1977 (per ESPN Stats & Info). The performance also made history as the most playoff games (131) before scoring 30 points, 41 more than any other player in history.

As the series bounced back and forth, with each team making huge plays and regaining the momentum on the road, Game 5 saw Jrue Holiday make another incredibly clutch defensive postseason play. This baseline block on Marcus Smart with seconds left in the fourth quarter, as Smart attempted to take the lead, led to the Bucks regaining possession and securing the unexpected victory in a game where they trailed until the final seconds.

With Milwaukee at home, up 3-2, with the opportunity to eliminate Boston and secure their ticket to another Eastern Conference Finals, Jayson Tatum showed up on a mission to have the best game of his NBA Playoffs career. Scoring 46 points and hitting every shot that mattered, the dominant and demoralizing performance in front of the Milwaukee faithful saved the Celtics season. Hitting 17 field goals, 7 threes and 5 free throws, Tatum filled up the stat sheet from everywhere on the court, with his performance captured in this Moment where he storms through the defense and powers to the rim with the confidence of a budding superstar who refused to lose.

On the biggest stage of the season, Jaylen Brown played his part perfectly as the Robin to Jayson Tatum’s Batman. Coming out of a timeout, with the game tight, Brown cut towards the rim in a designed play that ended with him catching a beautiful pass from Jayson Tatum and delivering it to the rim for two. As Brown fell, he let out a primal scream and the Celtics came one step closer to the definitive conclusion of the series. Tried as they might, the Bucks could never take the lead in the second half, and this Moment from Brown, part of a 19 point and 8 rebound game, captured their resilience on the road.

THE GOLDEN STATE WARRIORS DEFEAT THE MEMPHIS GRIZZLIES IN 6 GAMES

The NBA Playoffs are full of firsts, and for a veteran and champion like Steph Curry, it’s not often you find new firsts this far into your career. In Game 1 against the Grizzlies, Steph demonstrated his defensive tenacity with a game-securing block on Ja Morant as he drove towards the rim with his eyes set on a layup and the lead with 20 seconds left in the fourth quarter. The Warriors won 117-116 thanks to that block (24 points from Curry didn’t hurt either) and the play memorializes Curry’s first defensive Moment ever on NBA Top Shot.

Game 2 of this series was full of incredible plays, and two will stand the test of time as Moments in our 2022 NBA Playoffs set. Andrew Wiggins’ monster two-handed dunk, which set NBA Twitter on fire and will go down as one of the most impressive throwdowns of the NBA Playoffs for the first-time All-Star playing his part in the Warriors offensive powerhouse. For the Grizzlies, who came away with a 106-101 victory that tied up the series, look no further than Ja Morant’s 47 point display, including the final 15 points of the game for Memphis, and this extremely clutch ankle-breaking handles Moment that comes in the best game of his young Playoffs career.

Once Ja Morant exited the series with an injury, the rest of the Grizzlies stepped up like they had in the regular season too, showing up big in a 134-95 Game 5 victory in a win-or-go-home situation. Jaren Jackson Jr.’s 21 point and 8 rebound performance in this game is captured by a block in the blowout that proved to be the Memphis squad’s final moments of glory in an amazing season, full of promise and potential for the future.

Game 6 Klay. Challenge Reward. That’s all you need to know.

THE DALLAS MAVERICKS DEFEAT THE PHOENIX SUNS IN 7 GAMES

The last Conference Semifinals matchup of our 2022 NBA Playoffs set features the reigning Western Conference Champs going head-to-head with Luka Dončić and the Mavericks. A truly back-and-forth series full of drama and heroics, the story of Game 3 was all about the Mavs’ role players. Reggie Bullock dropped 15 points, leading the team in three-point shooting for the game, including a dagger three from the corner to seal the victory in front of an enthusiastic home crowd with one minute to go in the game.

Game 4 saw the Mavericks continue to storm back after finding themselves in an early 0-2 deficit. While DeAndre Ayton logged a 14 point and 11 point double-double, including a patient and disciplined block on Luka captured as a Moment in this series, this game belonged to Dorian Finney-Smith AKA DFS, who emerged as a key role player this season. He  went 8-12 from deep in the game, scoring 24 huge points. His Moment, one of his 8 threes, gave the Mavericks a 14 point lead halfway through the fourth quarter and were his final points in a playoff career-high performance.

Game 5 was the final win of the series and season for Phoenix, a massive 30-point victory led by Devin Booker’s 28 point game, including a smooth transition three that brought the home crowd to its feet. Booker proved confident and capable in the win, but his well-documented back-and-forth battle with Luka throughout the series came to an end in seven games. Luka outscored Booker by 32 points over Game 6 and 7, as the Mavs went on to win Game 6 and 7 by scores of 113-86 and 123-90.

The Challenge Reward for this series will be a Luka Dončić Moment from a performance that stole hearts and headlines, bringing the Mavericks to their first Western Conference Finals since they won it all in 2011. Will this season see the same outcome? Luka’s ascension is history in the making, and this gorgeous crossover and deep three beyond the top of the key captures his dominating Round 2 performance.

We’ll see you this Saturday for the Round 2 NBA Playoffs pack drop, and more NBA Playoffs action, with fans continuing to attend every home game for their favorite teams. Enjoy the Playoffs!