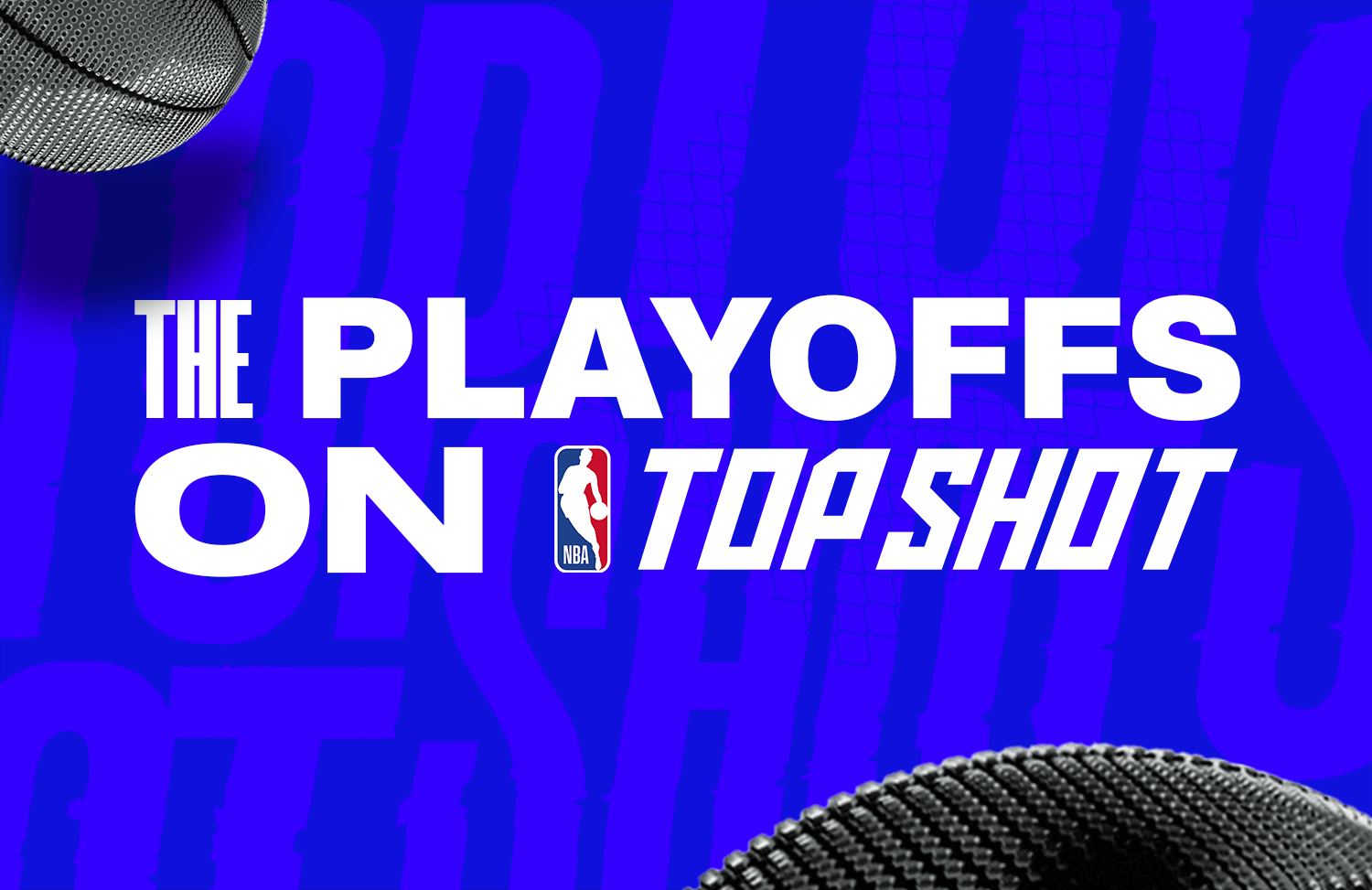 Throughout the 2022 NBA Playoffs, NBA Top Shot has documented basketball history as it has happened.

All postseason long, we’ve highlighted the best plays from every round, with the best of the best featuring expert commentary from Doris Burke, a legend of the broadcasting industry.

You’ve seen each round’s most impactful blocks, dimes, dunks and buzzer-beaters in our Moments – from Ja Morant to Luka Dončić – available in the Marketplace.

Now, the 2022 Playoffs are finally at its pinnacle. It’s the NBA Finals! The Warriors return for the 6th time in the last 8 years. The Celtics are back for the first time since 2010. Who do you think will win it all?

Here are seven key themes ahead of the highly-anticipated Celtics/Warriors series, and don’t miss Friday’s “And Then There Were Four” and “2022 NBA Playoffs: Conference Finals” pack drops.

There’s no “stopping” Stephen Curry. Let’s get that out of the way. But NBA Defensive Player of the Year, Marcus Smart, someone who’s drawn comparisons as the “guard version” of the Warriors’ Draymond Green, will be expected to slow Curry down.

“I just take the assignment like any other matchup, but this one I’m probably focused a bit more. I’m studying every aspect of (Curry’s) game, making sure I try to understand to the best of my ability.”

Echoed in the build-up of the DPOY voting, not all of Smart’s impact can be measured by statistics. Use the “eye test” and look at his engine; he dives on the floor, fights over screens and hustles across the baseline in a never-ending help position.

Notoriously, in March, Smart’s effort, laying out for a loose ball, resulted in a sprained ligament to Curry’s foot. The Golden State superstar, out for the remainder of the regular season. There were “code” discussions about whether Smart’s hustle play was in poor taste, but that isn’t going to deter Smart from playing the only way he’s known his whole career.

On March 16, 2022, Derrick White played his first game against the Warriors as a member of the Celtics.

It was … an individually rough night. Boston was victorious, but White finished 0-for-8 from the field and 0-for-5 from deep with 0 points.

The Celtics will be looking for a larger contribution from White this time around, but he’s shown proof these playoffs he’s capable of rising to the occasion.

In the final two games of the Eastern Conference Finals, White shot 6-for-10 from behind the arc, indicating he can’t be left alone.

White’s impact against Miami showed in other ways. He hunted trailing steals, attacked the rim late in the shot clock and held his own as a smaller defender in switches.

The question is: Offensively and defensively, can White keep up on the perimeter?

Box out. A fundamental term often lost in today’s NBA, but if the Celtics neglect this basic defensive act, odds are they’ll regret it.

Although it sometimes doesn’t feel like it, Stephen Curry and Klay Thompson inevitably will miss 3-pointers. The long rebounds, the rim-outs – up for grabs. Teammates Andrew Wiggins and Kevon Looney aren’t standing and watching the attempts, they’re constantly crashing the boards.

Looney and Wiggins are tied for the most offensive rebounds in the 2022 Playoffs (42).

Fending off Golden State second chances won’t just fall on traditional rebounders like Al Horford or Grant Williams. Every member of the Celtics’ rotation will need to stay alert and make sure the team secures a rebound before taking off on the break.

Here are a few Klay Thompson statistics that are pretty baffling.

Thompson is sixth all-time among active players in Playoff minutes (5,132).

He’s won 22 total Playoff series over his career … and only lost 4.

What’s remarkable is that Thompson remains playing at an elite level. He’s moving off the ball like the Thompson we saw three years ago. A true threat on his shot, contested or not.

In these Playoffs, he’s hit eight 3-pointers in a game twice – once as “Game 6 Klay” vs. Memphis, and another in Game 5’s close-out victory vs. Dallas (he claimed he “should’ve had 10 threes”).

He’s shooting 39.9% from deep on 8.9 attempts a game. He’s slowly getting his legs under him. The consistency is returning.

It was a rollercoaster rehab – through the ACL tear and the Achilles achilles rupture – and the basketball community has been waiting for Thompson to gain his All-Star form. For all intents and purposes, he looks like “Vintage Klay.”

“I don’t wanna get emotional,” Thompson told the ESPN broadcast after the series win over Dallas, “but I can’t believe we’re back.”

A lot has changed since Jayson Tatum and Jaylen Brown made their first Conference Finals appearance in the 2017 Playoffs with the Celtics.

Al Horford went to Philadelphia, then Oklahoma City and is back again.

Avery Bradley won a title in “The Bubble” with Los Angeles.

Jae Crowder’s been to the finals with both Miami and Phoenix.

Isaiah Thomas and Terry Rozier are teammates in Charlotte.

Now competing for a championship, Tatum and Brown are just the fourth duo of players 25-and-under who led their team in scoring to reach the NBA Finals in the last 40 years, according to the Elias Sports Bureau. All three of the previous duos were on the losing end of their respective Finals matchups.

So, in these 2022 Playoffs, Tatum (27 ppg) and Brown (22.9 ppg), hope to drive the Celtics playmaking and crunch-time scoring together. Yes, the future is bright, but both young stars know this could be their best chance to collect a ring together.

The up-and-coming Boston tandem shouldn’t rest on the experience of making The Finals. They should embrace the now and plan to break the youthful losing streak on the grandest stage.

Just look at how much can change in five years.

The latest information from the Celtics staff is that Robert Williams III feels good, but is questionable heading into Game 1 of The Finals. From here on out, he will be day to day. Coming off the meniscus surgery at the end of the regular season, and a bone bruise against the Bucks, Williams III is still processing his recovery.

After competing in two consecutive seven-game series, a 3-day period of rest will help minimize the swelling and discomfort from his surgically repaired knee. His playing time is limited – he only recorded 14 minutes in Game 7 vs. Miami – as he clearly dealt with the pain going up and down the court.

If Williams III can conjure spurts of health in this series, his verticality and defensive rim protection can be a major advantage for Boston when Golden State decides to play small.

On the Golden State side, per the Warriors staff, Gary Payton II is officially questionable for Game 1, as well. It’s a miraculous turnaround after he suffered a left elbow fracture on a nasty fall against Memphis a month ago.

Inserting Payton II back in the Warriors lineup would present a boost in key defensive situations. Where Jordan Poole adds microwave scoring, Payton II flashes rugged pressure. He’s an alternative option to defend Jaylen Brown and Jayson Tatum, who have prototypical wing size, but have shown weaknesses in dribbling and passing out of duress.

The Warriors had fun in the postgame celebration following the Game 5 closeout win over the Mavericks. Smiling in front of the inaugural Magic Johnson Western Conference finals MVP trophy, Curry said on the broadcast, “(Andre Iguodala) said, ‘I’m happy now.’”

“We want the real thing. Yeah, this is cool, but it’s just the beginning.”

There’s noise around Curry and the one trophy he’s yet to acquire: an NBA Finals MVP award.

It’s all lined up for him, if the Warriors can find a way to bring home the franchise’s 7th title. He’s averaging 25.9 points per game this postseason, six more points than the next-closest Warrior (Klay Thompson, 19.8).

Curry’s a professional, so the noise is mostly blocked out, but it’s fair to assume he’ll have some extra motivation fueled by his legacy. It will be another accolade to strive for. Another notch on the belt of a player who’s changed the way the game is played.

We can't wait to experience the NBA Finals with our fans and community. Leading up to Game 1, we asked members of the NBA Top Shot team for their NBA Finals predictions. Here's some of the responses we received:

Sean B: Celtics in 7

Justin A: Celtics in 6

Andy B: Warriors in 6

Enjoy the NBA Finals, and whenever you see a moment that's worthy of becoming a Moment, remember to share it on Twitter using the #NBATopShotThis hashtag.