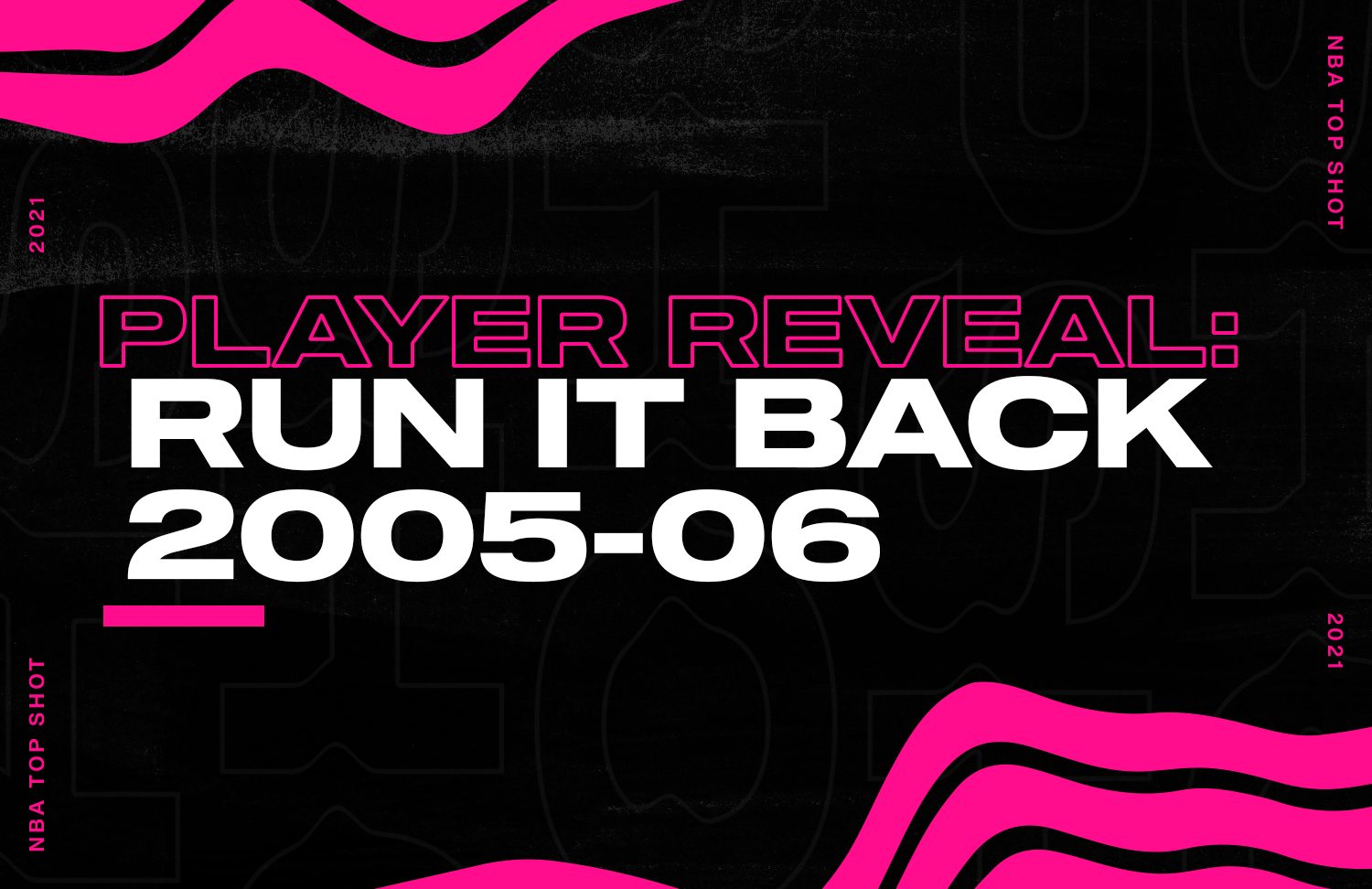 Who’s dropping in Run It Back and Archive?

Run It Back 2005-06 drops this week, and we couldn’t be more excited to reveal all the names of Hall of Famers, upstart rookies, and fan-favorite role players coming to NBA Top Shot. From a Top Shot Debut of Allen Iverson in his prime to Steve Nash in MVP form finishing an impossible reverse layup, get in on a slice of the NBA’s greatest Moments from 2005-06. Read on for all the names.

An aside for serious collectors: knowing that these Moments will have a big impact on your collector strategy, we wanted to provide more context about which players will have Moments in both Run It Back and the Archive Set, so you can plan accordingly as you dive in.

Soon, you’ll be able to queue up for a Rare Run It Back 2005-06 set. Here is the full list of Moments in those packs.

The first drop of the Archive Set will be ready for anybody who isn’t lucky enough to snag a Rare Run It Back 05-06 pack. There are 90K+ Packs available, and they’ll contain Moments from some incredible players from the 2005-06 and 2013-14 seasons. All of these Moments will have Edition Sizes between 10K and 20K. The players in bold also will be in the Rare Run It Back 2005-06 drop.

Coming soon: Players who will be in both Run It Back and the second Archive Set drop

You will notice that some players will have a Run It Back Moment coming out in Thursday’s drop that do not yet have a Common Archive Set complement. Please note that we will have an Archive Set drop in the coming weeks that’ll feature Common Moments from these players:

Players who will be in Run It Back and Fandom, but not in any Common Archive Set drops in the Summer 2021 series

These three fan favorites will have Moments released across three different rarity tiers, meaning they’ll be accessible for collectors of every level. Please note: the Edition Size of the Rare Run It Back Moments for these players will be far rarer than their Common Moments.

Who’s coming next for the second Archive Set drop

Stay tuned for more updates in the coming weeks as we reveal more names who’ll be making their Top Shot debuts in our second Archive Set drop, which will be released in a few weeks.

*Dwyane Wade’s Fandom Moment will become available within the week following Run It Back. We plan for this Moment to be exciting and attainable for many collectors and Dwyane Wade fans on NBA Top Shot. Stay tuned for more details after the drop.

A: These packs will drop on Thursday, October 14, as Rebound Packs for the General Queue

Q: Can I buy both a Run It Back pack AND an Archive Set pack

A: No. The Archive Set pack will be available as a Rebound Pack for collectors who are unable to land a Run It Back pack in the General Queue.

Q: Will there be Rebound Packs for every Queue?

A: No. The Archive Set Rebound Packs will only be available in the General Queue. You must enter the General Queue for Run It Back 2005-06 before the Queue closes, in order to ensure yourself a chance at a pack.