Run It Back 05-06 And Unlocking The Archive 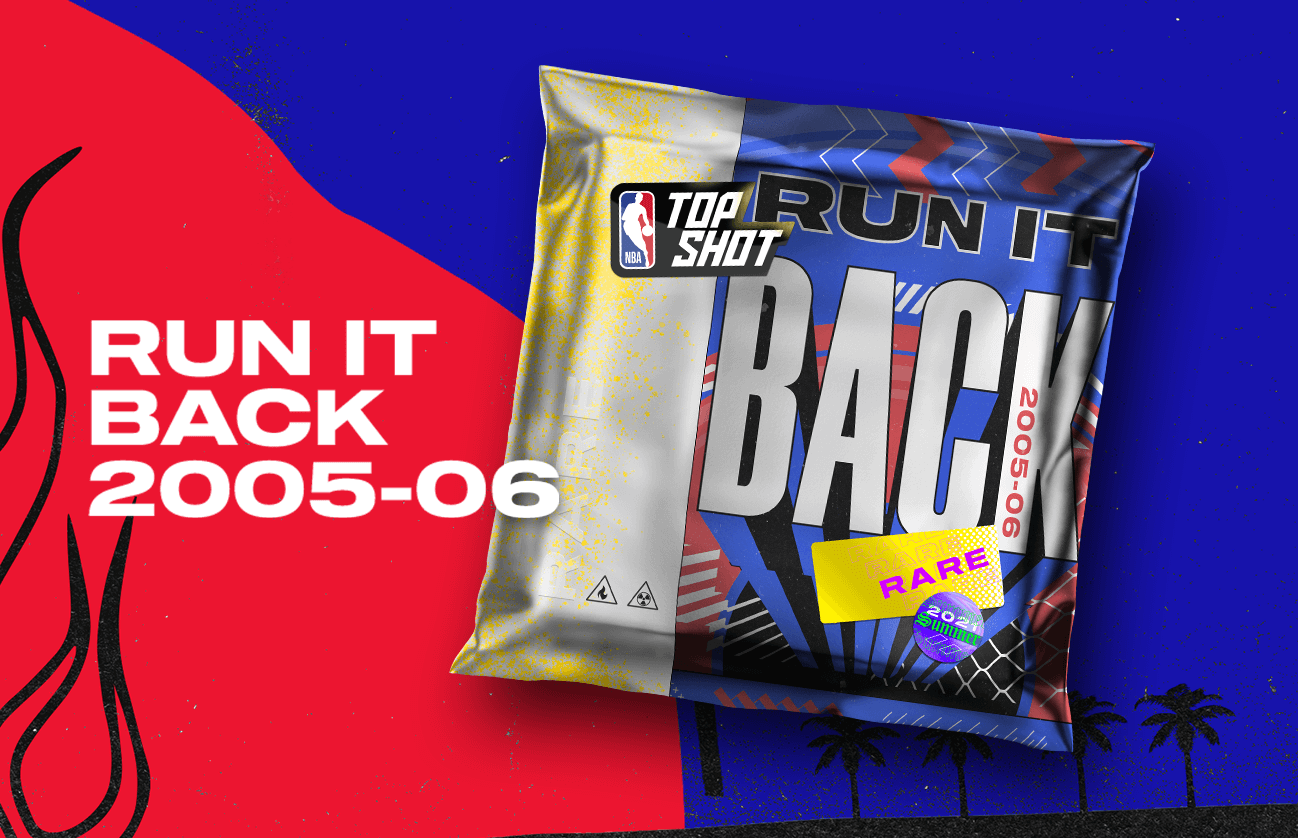 The 2005-06 season was pivotal in defining the modern NBA. And on Thursday, October 14th, you’ll have the opportunity to collect the greatest Moments from one of the most exciting years of the century.

Among the headliners debuting, we’ll see:

These four join Flash, whose 2005-06 season catapulted him from All-Star to superstar seemingly overnight, as he took home the Finals MVP trophy at just 24 years old.

We’re FAR from done here. More specific player reveals are coming over the next week, and there are going to be a ton of crowd pleasers. Follow us on social for the latest.

[TAKE ME TO THE PACK]

Plus: Unlocking the Archive

When the Rare Run It Back packs drop next week, many of you will be lucky enough to grab one - but for the rest of you, worry not. We have a plan to make sure many collectors have a chance to walk away with some blasts from the past.

We’re excited to announce the Archive Set, a new set that will bring incredible Moments from yesteryear to Top Shot as accessible Common Moments.

And your first chance to grab Archive Set packs will be Thursday as Rebound Packs for collectors who are unable to snag a Run It Back pack.

Who’s in this Archive Set?

For this inaugural drop, the Archive Set will feature Common Moments from both the 2005-06 season AND the 2013-14 season. We’re talking:

*Chris Paul will also have a rookie Rare Moment dropping in the Run It Back set next week.

Just stick around after you go for your Run It Back pack and even if you don't grab a great spot in line, you could still get a chance at these packs. You can’t be a complete rookie to nab a pack, as you’ll need 100 Collect Score points to join the General Queue, so sign up now and grab a few Moments to boost your score.

To our most devoted fans, we see you!

For each Run It Back 2013-14 Moment you own in your collection (as of a snapshot taken at time of this publishing) we will drop you one Archive Set pack next week. For more information about this one-time special celebration, read here. Please note, this promotion applies to only Series 1 Run It Back Moments.

Give Me More: All the Details about the Drops

Here are all the details we can share so far about the drop:

Drop Bonuses: 1 point for every $1 spent in the Marketplace on Moments you still own (cap of 5,000 points) & 100 points for owning 3 Moments from your favorite team.

Number of Queues: 1… these packs will begin selling after Run It Back 2005-06 packs sell out in the General Queue

We want to get these Moments into the hands of millions of fans across the world.

Please note, there will be a second drop of Archive Set packs coming in a few weeks, and those packs will contain some Moments from players that will also have Rare Run It Back Moments dropping next week. It’s safe to assume that most players will have a Run It Back and Archive Moment from the same season over time.

We plan to save the best plays for the rare Run It Back set, and always intend for them to be rare collectibles. Please note: we are planning to release Legendary historical Moments on Top Shot in the future. We are considering several themes here including Legendary sets featuring Moments exclusively from the NBA Finals, as one example.

Stay tuned for more updates in the next few days, but in the meantime get ready for some exciting new Moments and debuts coming to Top Shot next week!