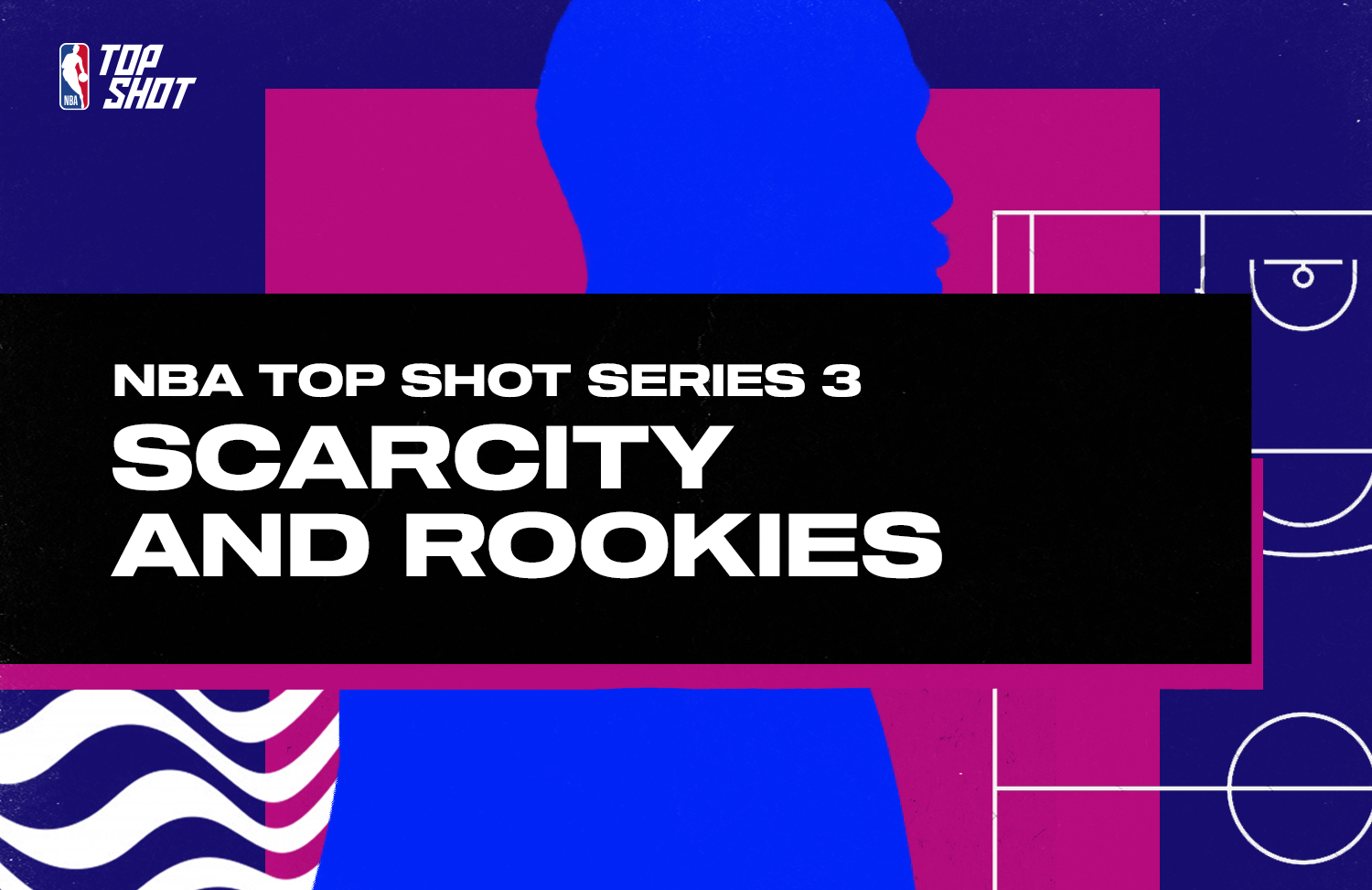 Sports fans, gamers and collectors can all appreciate the untapped potential of a rookie athlete.

At NBA Top Shot, we capture the rookie seasons of NBA and WNBA players with Moment™ NFTs that reflect some of their signature moments on the court, like their first game and NBA points ever.

The 2021-22 NBA Rookie Class has been full of talent, and as we continue to tell the story of the season with our “Series 3” collection of Moments, we’d like to share more information about our intentions to preserve scarcity amongst the league’s premier rookies, as distinguished by their designation as a Rising Star.

Jonathan Kuminga and Bones Hyland were named as replacements for the 2022 NBA Rising Stars game. We are exploring ways of adding them to the Rising Stars Common Set, meaning they will also not be receiving a #/60000+ mint count Base Set Common Moment in Series 3.

This does not mean that these rookies can’t or won’t receive a non-base Common, for example, from the forthcoming NBA Playoffs or Hustle & Show Common Sets, among others. These rookie players are still eligible to receive Rare and Legendary Moments as the season unfolds, as well as Fandom Metallic Silver FE (MSFE) Moments.

Here’s a review of what currently exists (as of March 7, 2022) in the Fandom, Rare and Legendary Tiers for the players mentioned above:

We are introducing a new Set dedicated solely to Legendary Rookie Moments later this season, as mentioned in our Set Roadmap published before the season started. It is possible that a Rookie can have two Legendary Moments (Holo Icon and Rookie Revelation) if their play on the court is worthy of such recognition, and if their team happens to make it to the NBA Finals and they play a major role in what happens during those games, they could potentially receive a third Legendary Moment featuring an NBA Finals highlight.

Any rookie player this season not mentioned above will be eligible to receive a second Base Set Moment minted to #/60000+, with their first Base Set Moment being their NBA Top Shot Debut. This includes:

Of the players mentioned in this list of 22, only Tre Mann (a Rare Metallic Gold LE) and Greg Brown III (Hustle & Show) currently have a non-Base Set Moment available. There are some NBA rookies who have not had a Top Shot Debut Moment yet, but will have their first Moment coming in future pack drops during Series 3.

New on NBA Top Shot and learning more about the X's and O's of our Marketplace and Moments? Here's some more information about the badges you'll find on Rookie Moments that helps distinguish what makes them special.

The Rookie Mint Badge represents any play that is minted on the blockchain as a Moment™ NFT at any point during a player's rookie season. The example above, featuring Ja Morant, is an epic viral dunk over Aron Baynes from December 11, 2019, during NBA Top Shot's first year, known as Series 1. This particular Moment is a highlight from Ja's 19th game during his Rookie of the Year campaign.

The Rookie Premiere Badge represents any play from the subject player’s very first regular season matchup, regardless of which year the Moment™ NFT is minted during. In this example, the game is Michael-Carter Williams’ first in the NBA, but the Moment was minted and released during NBA Top Shot Series 1, almost six years later. ‍

The Rookie Year Badge represents a Moment™ NFT from the subject player’s rookie season, regardless of when said Moment was minted. In this example, the Moment is from Giannis Antetokounmpo’s rookie season, but not his first game in the NBA. ‍

We look forward to watching the remainder of the NBA season unfold with you. Which teams will put themselves in prime position to add a game-changing rookie to their team next year? Who will make a run towards glory during the NBA Playoffs?

Until then, we’ll see you at the next pack drop.

This blog post was updated at 5:04pm EST on Monday, March 7 to correct the fact that Greg Brown III currently has a non-Base Set Moment available.