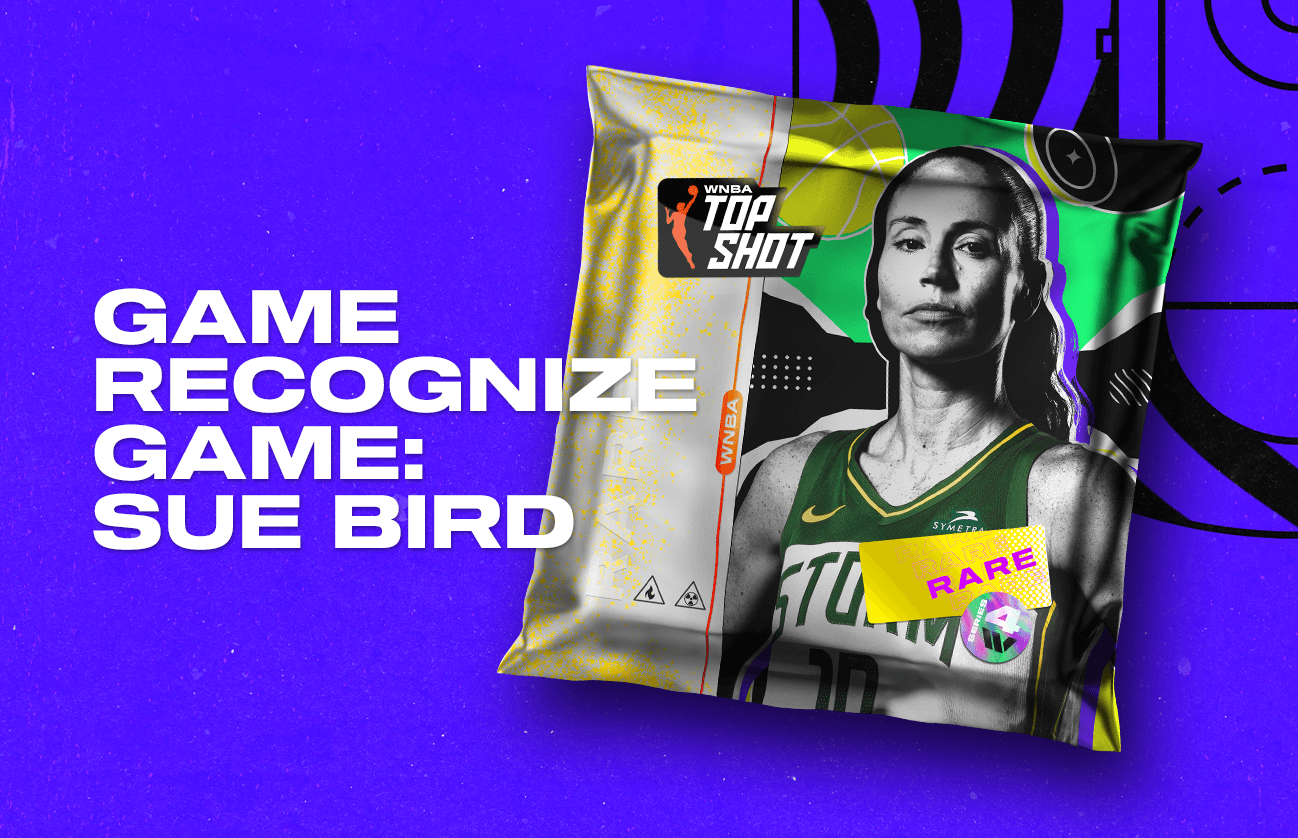 Sue Bird is retiring when this WNBA season ends — but she’s got her eyes set on a record-breaking 5th WNBA Championship before she hangs it up for good. WNBA Top Shot is here to help tell her story and celebrate one of the greatest and most inspiring athletes in basketball history.

So before the Seattle Storm started their Playoffs run towards the WNBA Finals, Sue Bird sat down with WNBA Top Shot to discuss her career and 9 of the players who have inspired her over 19 incredible seasons.

Sue has made WNBA history more times than we can count. Today she makes WNBA Top Shot history with the first-ever Game Recognize Game set in the W.

This drop features 9 Rare Moments, curated by Sue Bird, with video narration about each player’s role in her life and career as part of each officially licensed collectible.

Moments from her trail-blazing peers in the WNBA record books: Jennifer Azzi in ‘03, Lauren Jackson in ‘10, Diana Taurasi in ‘14 and Sylvia Fowles in ‘17.

Moments from her contemporaries and the future of the league: Rhyne Howard and Arike Ogunbowale, from ‘22.

Moments from her teammates and hoops family: Breanna Stewart and Jewell Loyd, from ‘22.

A Moment she’s most proud of in her career — chosen by her, narrated by her, featuring her, from ‘10 — which will be the one and only Challenge Reward Moment from the drop.

As part of this pack drop, $50,000 will be donated by Dapper Labs to a charity selected by Sue — the National Women’s Law Center, in support of gender justice across issues central to the lives of women and girls.

“Throughout my career in the W, advocating for and empowering women in sports has been my mission,”  said Sue Bird, “I'm thrilled to partner with WNBA Top Shot to help increase the representation of women's sports in the collectibles space. This is monumental for our game and this new generation of players. It's amazing to know that fans will now be able to truly connect to the greatness of the Women in our sport.”

If you’re ready to celebrate Sue Bird’s career and root her on as she chases the history books, this is what you need to know.

All eyes are on Sue, and if history is any indication, she’ll rise to the occasion. Will you?

Join WNBA Top Shot today to collect a piece of history, and we’ll see you on Tuesday, September 13.