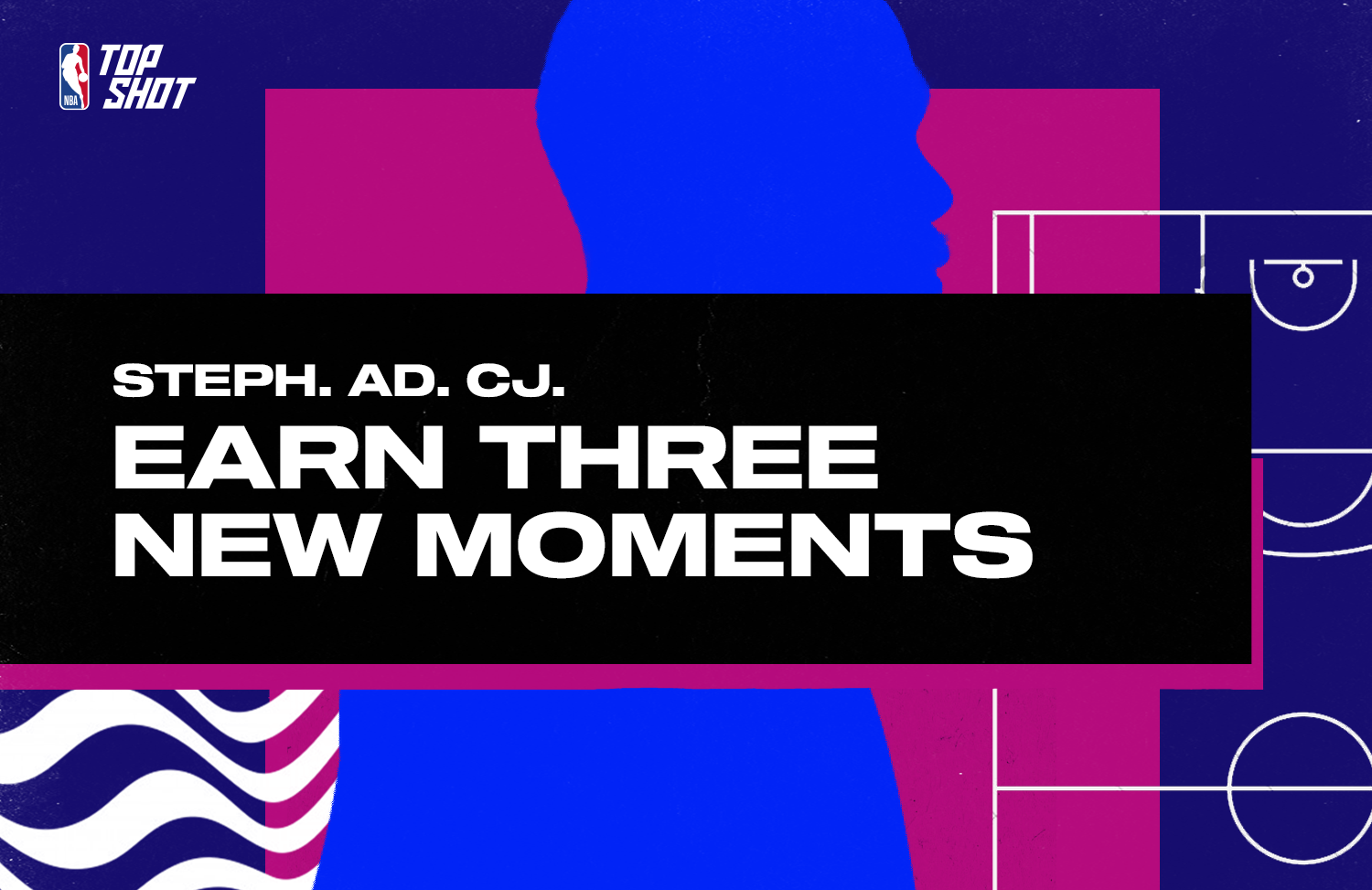 Three new NBA Top Shot Challenges are now live, giving members of our community the opportunity to earn exclusive new Moment™ NFTs that will never be found in a pack drop. Here’s a deep dive into what makes the new Steph Curry, Anthony Davis and CJ McCollum Challenge Rewards special.

‍‍The 2021-2022 NBA campaign will go down in the history books for a number of reasons.

The league’s 75th Anniversary celebration was capped off by one of the most memorable performances in All-Star Game history.

In a career filled with notable moments, it was fitting Steph stole the show.

Let’s be honest; when you see a team doubling a player in the All-Star game, you know something’s up. Every shot had its own unique feel to it: running back down court before the ball went in, near halfcourt bombs, step back threes & fadeaway triples — Steph’s entire long-range arsenal was featured.

Steph’s All-Star Moment signifies the incredible flow state he was in during his record-breaking performance — whenever he turns around and acknowledges the crowd before the ball falls through the net, it’s just one of those special nights.

What makes Steph unique is his ability to shine amongst the game’s most elite talent: his showmanship is second nature but never really feels forced because of how comfortable he is from anywhere on the court. After winning the Three-Point Shootout in 2021, the NBA’s all-time leader in threes just further cemented his standing as the best long-distance shooter we’ve ever seen.

‍Anthony Davis has compiled an impressive resume over the course of almost 10 seasons in the NBA.

AD is one of the pioneers of this modern era of big men able to do practically everything on the court — scoring/shooting from outside, protecting the basket, handling the ball and creating a play: he’s able to do it all.

He helped set the future standard for what it takes for bigs to perform at an elite level: an ideal archetype to duplicate for any up and comer.

AD’s Moment has a ton of significance because it’s a microcosm of how effective he is without being pigeonholed into one singular role.

For instance, Davis isn’t particularly known as a high-flyer but his length, anticipation on the glass and athleticism is a perfect storm for plenty of highlight-worthy plays near and around the basket. And when AD owns the paint on both sides of the ball, it usually makes a difference in the final score.

There’s not many guards in the entire league who can generate a shot opportunity quite like CJ McCollum.

CJ’s an incredibly fun player to watch with the ball — his rhythm and cadence as a shot-maker is a nightmare for defenders.

Whether it’s a pull-up J or a series of dribble combos leading to a shot, McCollum’s isolation prowess allows him to exploit defenders and rack up numbers while staying efficient. Over his nearly nine-year career in Portland, CJ averaged over 19 points, 3 rebounds and 3 assists.

In New Orleans, he has a golden opportunity to unlock even more of his game, a scary thought for the rest of the league.

The significance of his Moment comes from the idea that it symbolizes the next chapter of his career with the Pelicans.

CJ’s passing ability is an underrated aspect of his attack. Now, alongside a pair of spectacular young scorers/athletes like Brandon Ingram & Zion Williamson, we’ll get to see a bit more of his shot creation and distribution, so expect more ridiculous dimes like the one he made to Ingram in transition.

While CJ may not be the long-term answer for New Orleans at PG, his value and willingness to continue improving as a scorer and playmaker makes for a perfect fit moving forward.