Top Shot 50: The Future of Fandom and Collectibles 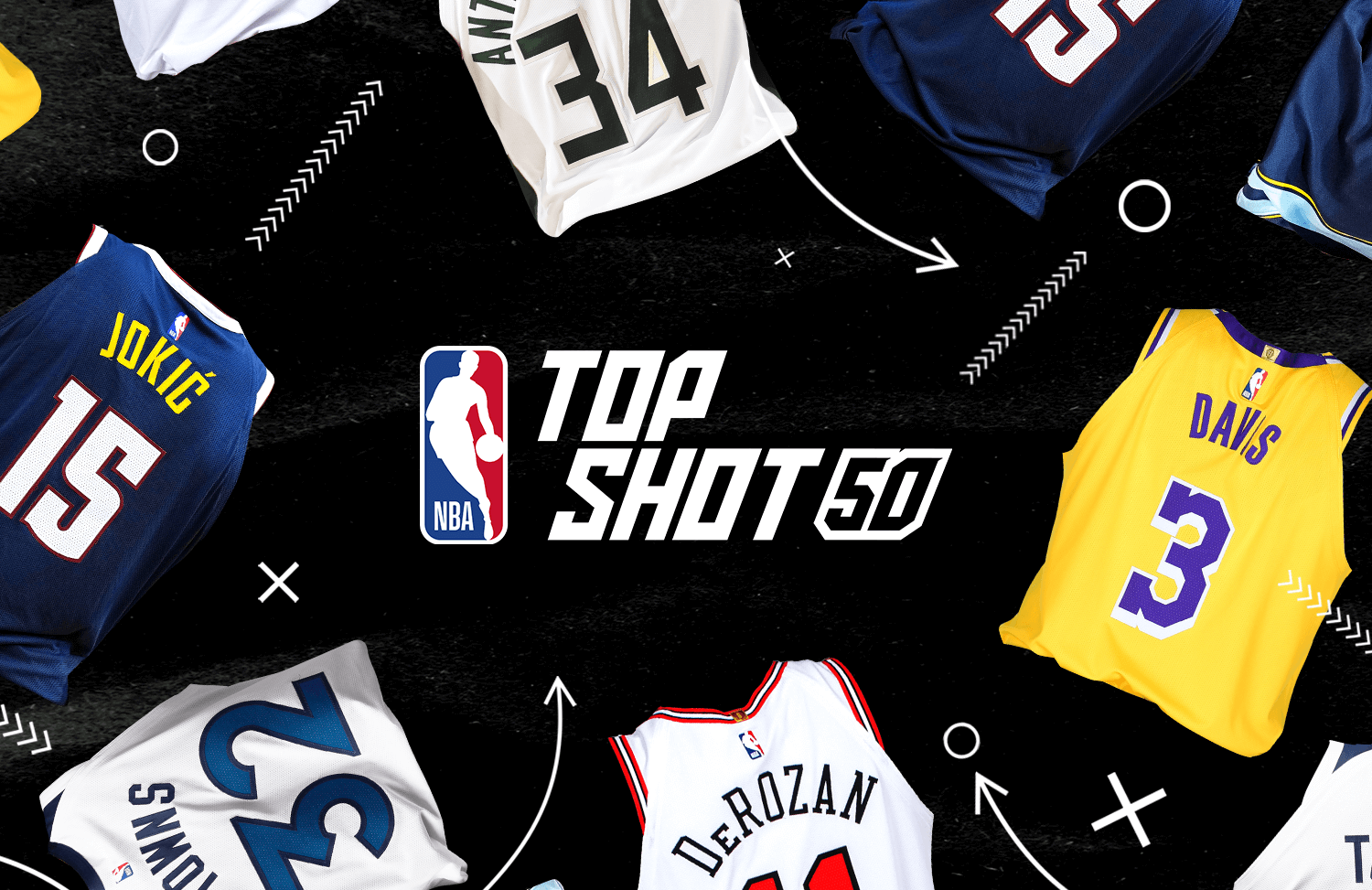 Every NBA fan has their own perspective on greatness — but true greatness isn’t assigned in a blog or debated in a studio — it’s earned on the court. Greatness is experienced. It’s witnessed. It evolves in front of us, a core part of the fan experience.

‍The Top Shot 50, one of our most ambitious projects to date, marks the next evolution of NBA Top Shot's flagship Legendary set.

Empowered to take our highest-end content to new heights, we’re doubling down on what it means to immortalize greatness — and enlisting the support of some friends in the process.

The Voice of the Players

Dedicated to making the Top Shot 50 more than just our take on the game’s greatest, we’re tapping the NBA players themselves to tell us who among their peers stands out as worthy of being immortalized in a new class of greatness. By making the cut, each NBA player will have their finest Moment of the season enshrined in an unmistakably Legendary collection.

Through a series of waves starting mid-season and lasting through the 2022-23 campaign, we’ll enshrine the individuals picked by the players themselves to this exclusive list of the 50 players who defined the NBA season.

When a player gets the nod to join the Top Shot 50, they’ll stay there, their place among greatness secured for the rest of the season.

What happens next is up to you.

The Future of Fandom

At the core of any conversation about fandom is shared experience — it’s the backbone of everything we do — so embracing the reactions of the basketball community at large is paramount to capturing the emotion of the season.

When a wave of players is officially named to the growing Top Shot 50 list, they’ll be accompanied by one of their top highlights — the leading candidate for their best play of the season. This play becomes the frontrunner to be included as that player’s formal Legendary Moment when the Top Shot 50 set is created and minted as video collectibles.

At any point over the course of the rest of the season, however, the player may one-up their top play, setting the hoops world aflame with a viral challenger play destined for the Legendary tier.

When these challenger plays present themselves — and they will present themselves — we’ll enlist fans, collectors and the basketball community at large to vote on which of the two they think is better; the winning play assuming frontrunner status and the losing play becoming fair game to appear in a different set.

The Top Shot 50, architected by the players themselves and shaped with our community, will live in our Legendary tier as a keystone part of our overall content offering.

All 50 individuals will be picked by dozens of players representing the National Basketball Players Association over the course of the 2022-23 campaign. The selections will be published in waves.

While the campaign will begin in earnest when we reveal the players’ first wave of inductees mid-season, the set itself will not be minted until after the regular season is over to ensure that the plays and performances immortalized are as Legendary as possible, whether they occur in October, April or anywhere in between.

Welcome to the future of fandom and limited edition collectibles — created by players and fans, together.

Welcome to the Top Shot 50.