Heat Up Your NBA Collection During The Holiday Season 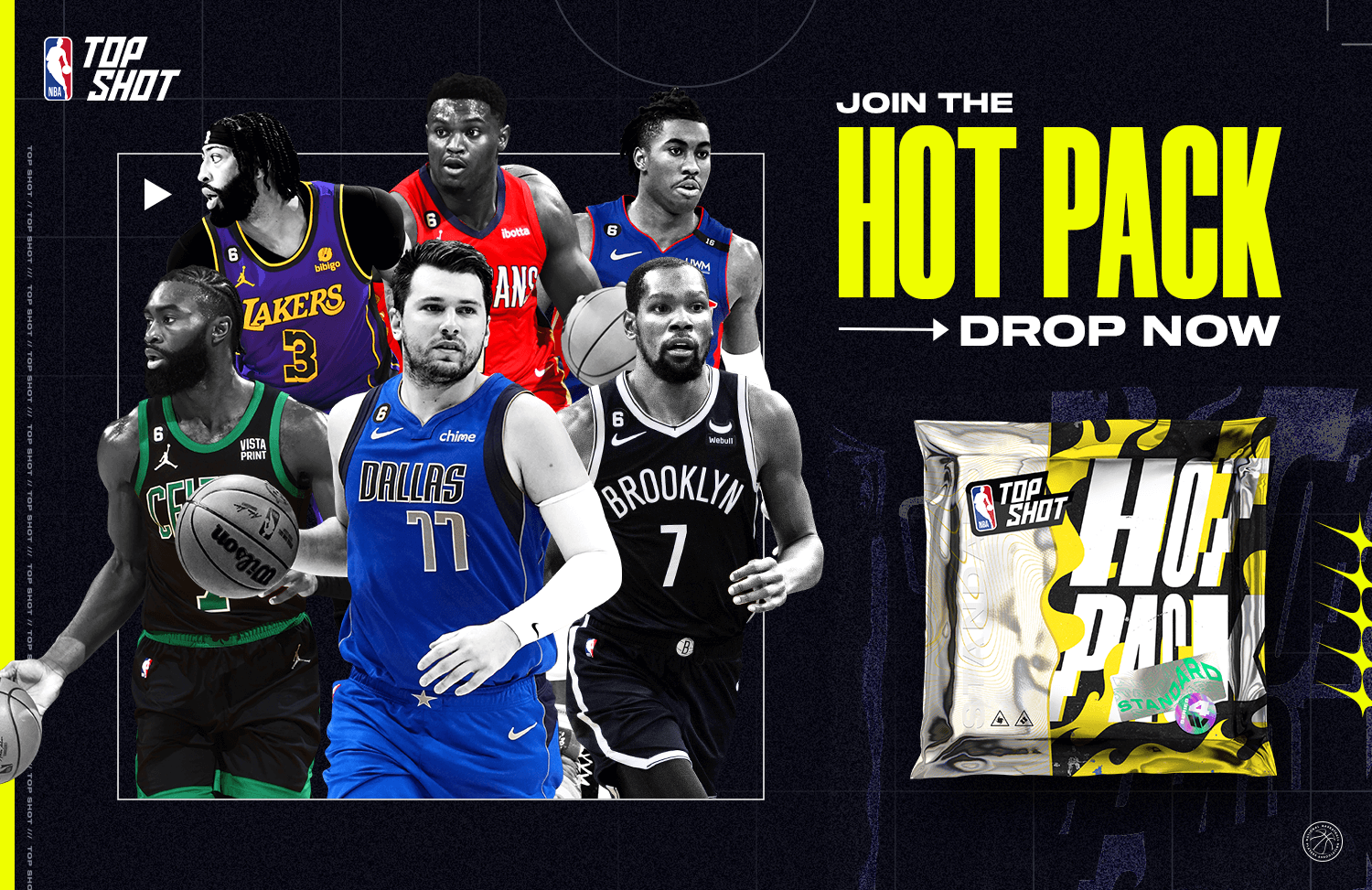 Winter is coming, and as the seasons change and temperatures drop, we’re here to help NBA fans warm up as they gear up for December’s holidays.

The question for collectors looking forward to Top Shot’s next pack drop is this – will you unwrap a piece of the NBA’s present or past?

THE BOX SCORE: COMING UP ON NBA TOP SHOT

As the NBA season unfolds, we’re bringing the best of the court to your collection — from the 2022-23 NBA season, along with our inaugural 2019-20 NBA season — in two unique pack drops.

Get your Hot Packs today, and prepare for Series One Locker Packs by burning any Moments from your collection in exchange for Trade Tickets that can be used to try and land a Series 1 grail.

Series 1 Locker Packs, available for 4 Trade Tickets and containing 3 Moments, starting on December 8, 2022 and until they’re sold out:

THE PLAY-BY-PLAY: GROWING YOUR COLLECTION ON NBA TOP SHOT

When Luka Dončić entered the NBA as a 19-year-old, Dallas Mavericks fans had high hopes he’d become the new face of the franchise — and winning Rookie of the Year was definitely a sign of things to come. It wasn’t until August 23, 2020, in the heat of the NBA’s Bubble, that the young star made his first Playoffs appearance and made his mark on the league in an iconic game-winning three-pointer against the LA Clippers.

That Moment is commemorated and celebrated in a collectible from Series 1, and 5 of them will be available in our next Locker Packs release on December 8, 2022. The stat line from that game — 43 points, 17 rebounds and 13 assists — is a reflection of the player he is today.

Luka is leading the NBA in points per game, a leading MVP candidate, and a lock for the Top Shot 50.

The player whose name and career will be forever linked to Luka Dončić is Trae Young, and this week’s drop will find his Base Set Series 4 Parallel along with his Series 1 Top Shot Debut Moment available in packs.

When it comes to rookies — Series 1 saw the arrival of Zion Williamson, Ja Morant, RJ Barrett, Darius Garland, Tyler Herro and other staples of the NBA today. The tradition of creating limited edition collectibles from a rookie’s first season and first game has continued each year. This week, a gorgeous Jaden Ivey dime from his Detroit Pistons debut will headline a trio of new Rookie Debut Moments available in Hot Packs.

Other Series 1 Moments from Jaylen Brown, Zion Williamson, Anthony Davis, Julius Randle, Fred VanVleet, Jerami Grant, Deandre Ayton and other staples of the NBA will be available for collectors, so you can pair the past and the present and build a collection that captures who your favorite NBA players are on the court from 2019 to 2022.

It’s a pack drop like no other, with two amazing opportunities to grow your collection. Get yours today.