Welcome To The Weekend Watchlist 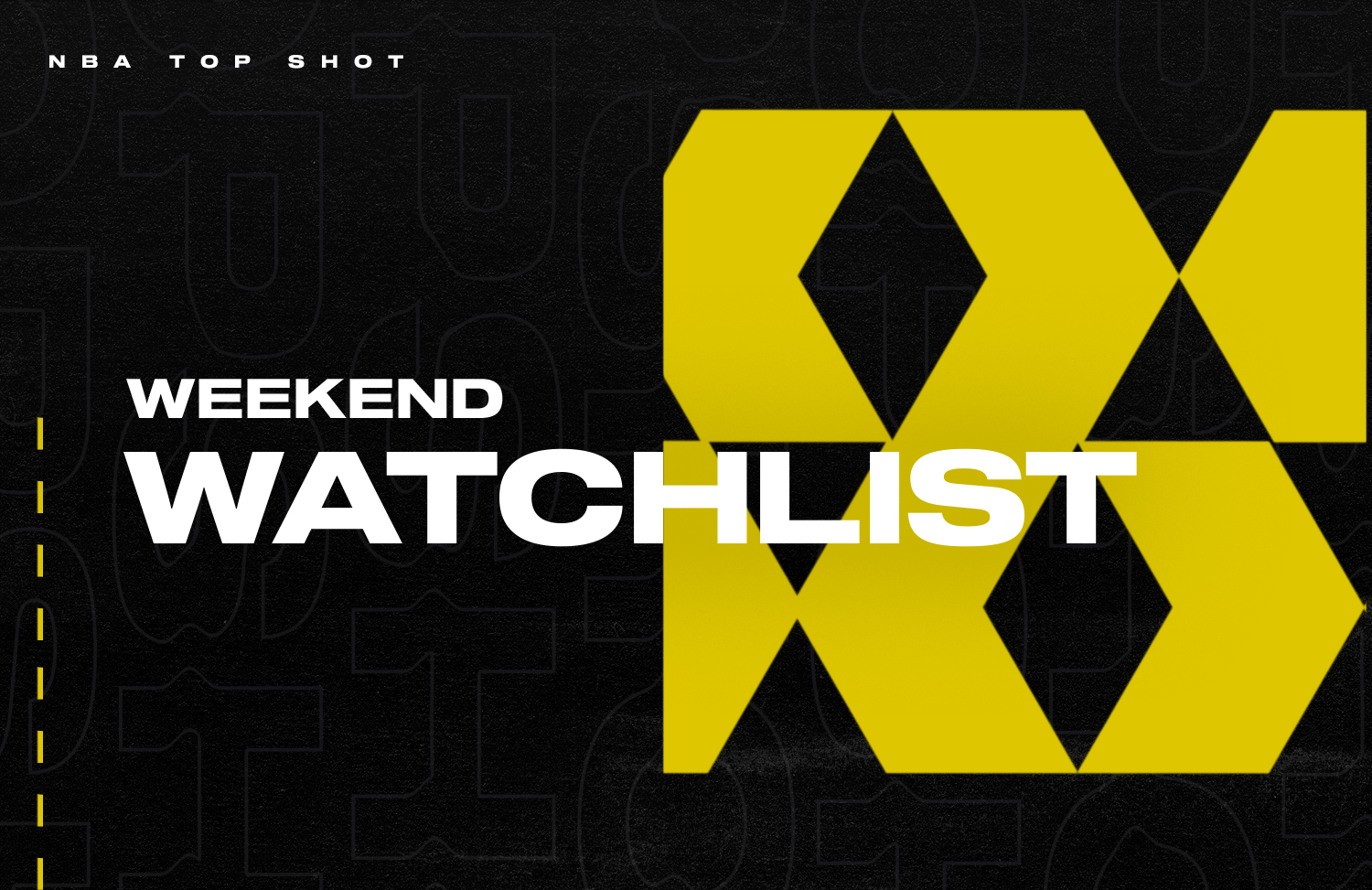 It’s been just over a month since NBA Top Shot added a new “Watchlist” feature to help fans track and save their favorite Moments. Last week, our dev team introduced a new element to this feature, allowing members of our hoops community to see how many total times a specific Moment has been added to the Watchlist by everyone on Top Shot.

Today, for the first time, we’re going to take a deeper dive into the Watchlist and explore which players and Moments our community has had their eyes on over the past week. The data in this update reflects Watchlist saves from Friday, January 21, 2022 to Friday, January 28, 2022.

On Friday, January 28, we pulled a list of the 50 most “Watchlisted” Moments on the NBA Top Shot marketplace for the prior 7 days.

The list below reflects individual players whose Moments appeared most often on that list, with cumulative Watchlist additions for the 7 day period determining the specific order.

Using the same list of the 50 most “Watchlisted” Moments, these are the specific Moments that ranked as the 10 most saved by our community.

Whether they’re newly released, served a purpose in a recent Flash Challenge, or are simply an amazing highlight that fans have their eye on, here’s a look at the top 10:

How are mere mortals supposed to stop Dwyane Wade when he's barely contained by the very laws of physics themselves? After cutting backdoor and losing his defender just outside the paint, the Miami Heat superstar launches himself into low earth orbit to chase a wild lob, spins fluidly mid-air to collect the rock, then continues his rotation to complete the 180-degree spin and bank home an instant classic alley-oop. Wade finished with 37 points on the night, including his team's final 17 points, en route to a victory over the Detroit Pistons on February 12, 2006.

Few have mastered the fullcourt outlet pass like Kevin Love. The Cleveland Cavaliers veteran brings in a defensive rebound and immediately chucks a soaring pass the length of the floor right to a surging Collin Sexton for two. Love finished with 15 points, nine rebounds and four assists in the April 21, 2021 win over the Chicago Bulls.

The pressure of your first NBA bucket can be immense — especially when you’re the first overall pick. Detroit Pistons 2021 draftee Cade Cunningham catches a pass at the arc and immediately blows by his defender and through the lane to lay one in with his left. Detroit walked away with the win in the rookie’s NBA debut on October 30, 2021.

Appreciate Joel Embiid’s archetype-busting skill set while you’ve got it. The Philadelphia 76ers center drives casually against the Chicago Bulls then creates space for himself with a step-back jumper for two of his 50 points in a February 19, 2021 win. Embiid added 17 rebounds, five dimes, four blocks and two steals for good measure.

Nobody ever said putting a body on Justise Winslow would be easy. The Memphis Grizzlies forward catches a pass on the elbow, hits his Houston Rockets defender with a seamless spin move and fades away from the cup for an easy bucket on February 28, 2021.‍

No look, no problem. Bismack Biyombo takes the sneaky feed from teammate Devonte’ Graham then attacks the basket against Memphis Grizzlies big man Gorgui Dieng. Biyombo finished with 16 points and 12 boards for the Charlotte Hornets on January 1, 2021.

Ja Morant has a different relationship with gravity than the rest of us. The ultra springy Memphis Grizzlies guard chases down Denver Nuggets wing Will Barton in transition then bats his layup attempt off the backboard on April 19, 2021.

Anthony Davis finds a way to affect every part of the game. Here, Davis uses his savvy hoops IQ and long arms to deflect the inbound pass, only to corral the ball and send an effortless two-hand overhead pass to a fast breaking LeBron James for the royal flush at the cup. Davis filled up the stat sheet with a deep double-double of 17 points, 16 boards, 3 assists, 2 blocks and 2 steals as the Lakers coasted to a 117-102 win over the Boston Celtics on December 7, 2021.

There’s not much you can do to stop a well-executed fadeaway. San Antonio Spurs veteran DeMar DeRozan gets himself into position with a spin move then fades back to bury a jumper on the Denver Nuggets on January 29, 2021.

You think sending a double team to meet Kevin Durant in the corner is going to stop him from putting points on the board? Think again. After taking his defender off the dribble, the Brooklyn Nets superstar sets up on the baseline and buries an untouchable fadeaway. Durant dropped 38 points on 17-of-24 shooting in the October 24, 2021 affair. The Moment is also narrated by Durant.

Stay tuned for another look at the Weekend Watchlist Top 10 next Saturday, and plenty of other exciting updates brewing at NBA Top Shot HQ between now and then.