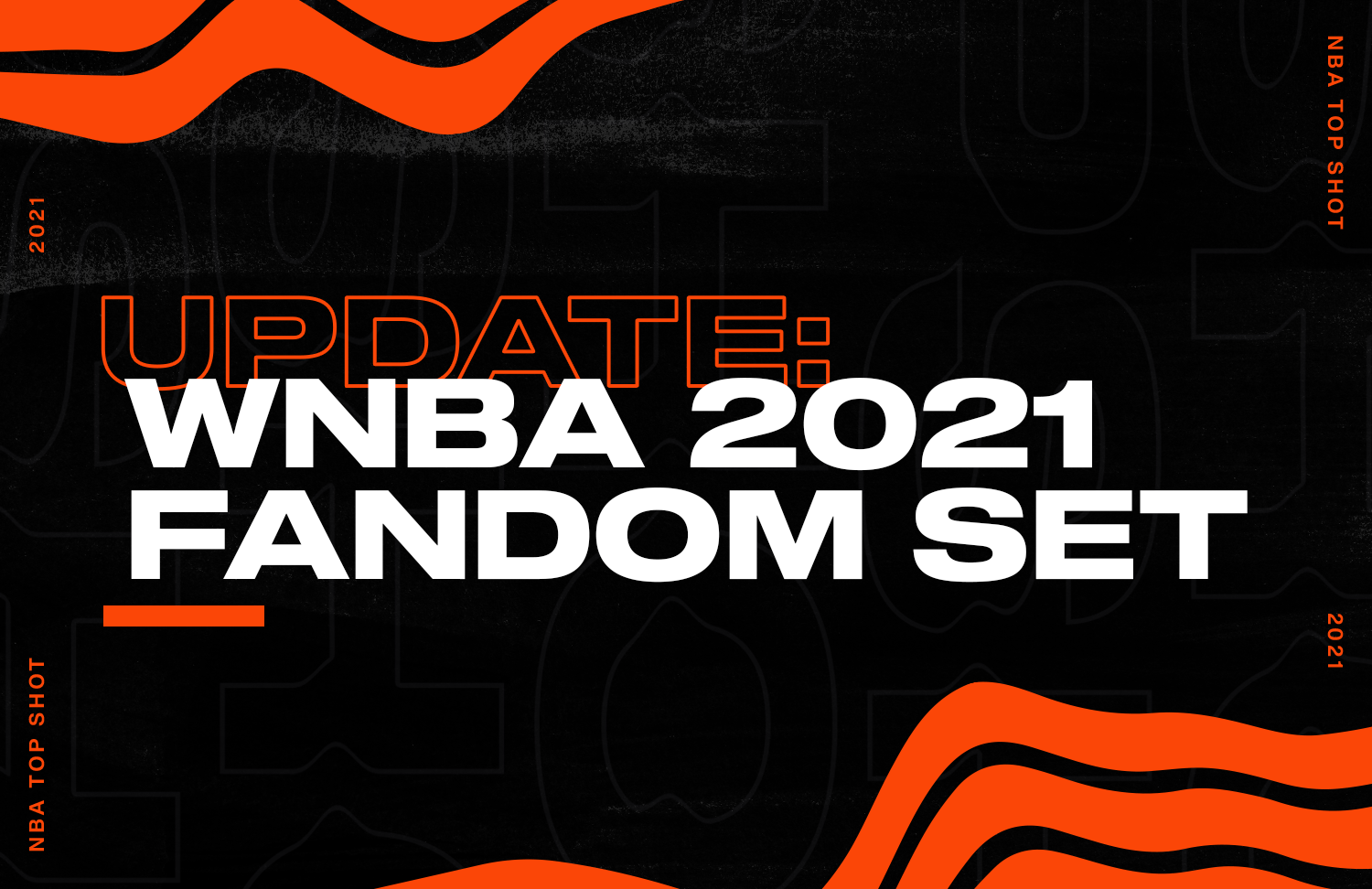 Over the past several days, we have heard our WNBA collectors loud and clear: the WNBA Showcase Challenge that went live this week didn’t meet the expectations of what the WNBA 2021 Fandom set would be.

We are sorry for missing the mark here.

More details and a note from Top Shot Economist, below.

We made a mistake in the design of the WNBA 2021 Fandom set. Fandom tier was meant -- and is still meant -- to have a wide range of mint counts.

But while the WNBA 2021 Fandom set’s first 7 Showcase Challenges were accessible, the eighth is a Legendary challenge that will result in one of the rarest Moment™ collectibles on the platform. This requirement puts collecting a full WNBA Fandom set out of reach for most collectors, and that should have been laid out clearly at the outset of this set.

Going forward, we will make sure our challenges that utilize Fandom tier in future sets will be in line with the expectations we have created from previous challenges in each set.

WHAT WE’RE DOING ABOUT IT

We have a commitment to follow through with the requirements provided at the start of a Showcase Challenge as well as the Moment that is promised as a reward. For this reason, the Diana Taurasi Challenge Reward will remain in the Fandom Tier.

That said, we know that the WNBA 2021 Fandom set is incredibly historic. It’s the first season of WNBA action on Top Shot, commemorating the greatest plays from the 25th anniversary of the league. We couldn’t be more excited about the future of the WNBA on Top Shot. As a result, we are taking a number of steps to recognize WNBA collectors who pursued this set:

*The Moment + Challenge completion bonus will increase each Moment’s Collector Score value from 30 to 45 if you organically complete a challenge in the set and hold the reward.

What Led Us Here: A Note From The Economist

When we began the Summer 2021 Series, we outlined a new tier on Top Shot in which Moments with variable Edition Sizes would live. This tier was meant to encompass wide ranges of accessibility and include our most common Moments (like the Dwyane Wade) and some of our most rare, including those that were earned through completing Showcase Challenges requiring Rare or Legendary Moments to complete (like the Vince Carter Vintage Vibes and this Diana Taurasi WNBA 2021, not to mention others that are still to come).

We didn’t properly account for the fact that the order in which Moments make their way into a given set plays a significant role in the expectations for that set as a whole. As a result, the most recent WNBA Fandom tier challenge broke the trust of those who had an expectation that WNBA 2021 was a set that would remain widely accessible.

Given the timing of the WNBA Playoffs ending in mid-October, our only Legendary set of Summer 2021 was also the last set dropped sequentially. We wanted Moments from the WNBA playoffs in the WNBA 2021 Fandom set to celebrate the amazing postseason, but as a result, the Showcase Challenges that were planned surrounding the WNBA 2021 Fandom set failed to live up to the expectations that were established from prior rewards in the set.

The reason for putting these Challenge Rewards in WNBA 2021 was that these Moments correspond to the just completed 2021 WNBA season, just like the regular season Moments that are already in that set. And we wanted to highlight some of the best players in the game by creating Showcase Challenges around the Legendary In Her Bag set with plays from the playoffs.

On a brighter note, we outlined in the Roadmap for Series 3 that while we think the promise of the Fandom tier is exciting, we do not think it is the best path forward for Showcase Challenge rewards:

"As you may have noticed in the above, rewards are being considered in the discussion around sets. During Series 3 we anticipate that we will house many rewards in specific sets instead of in Fandom tier. The total limits described above pertain to Moments distributed through drops and thus exclude rewards. This is a departure from Summer 2021, but a return to the Series 1 and 2 model.

We do still anticipate that Fandom tier will be a meaningful part of Top Shot, but found that having rewards in sets worked better for many purposes. That said, Showcase Challenges with flexible requirements will likely remain a consistent part of the Series 3 experience."

What About Other Challenges?

Other planned Showcase Challenges involving Summer 2021 Moments will have rewards that go into the appropriate Fandom tier set. Vintage Vibes, in particular, will see several new Moments that are introduced as Showcase Challenge rewards with Edition Sizes that we project to be in the mid hundreds.

And as we look forward, our priority is to take the opportunity to learn so we can avoid future changes like this.

We pride ourselves on moving quickly. But this Showcase revealed a BIG need for us to communicate more clearly with you. Expect to see some changes over the next few weeks & months.

We can’t say it enough: We’re only as good as our community. Fortunately, we have the greatest one on the planet (and the metaverse).