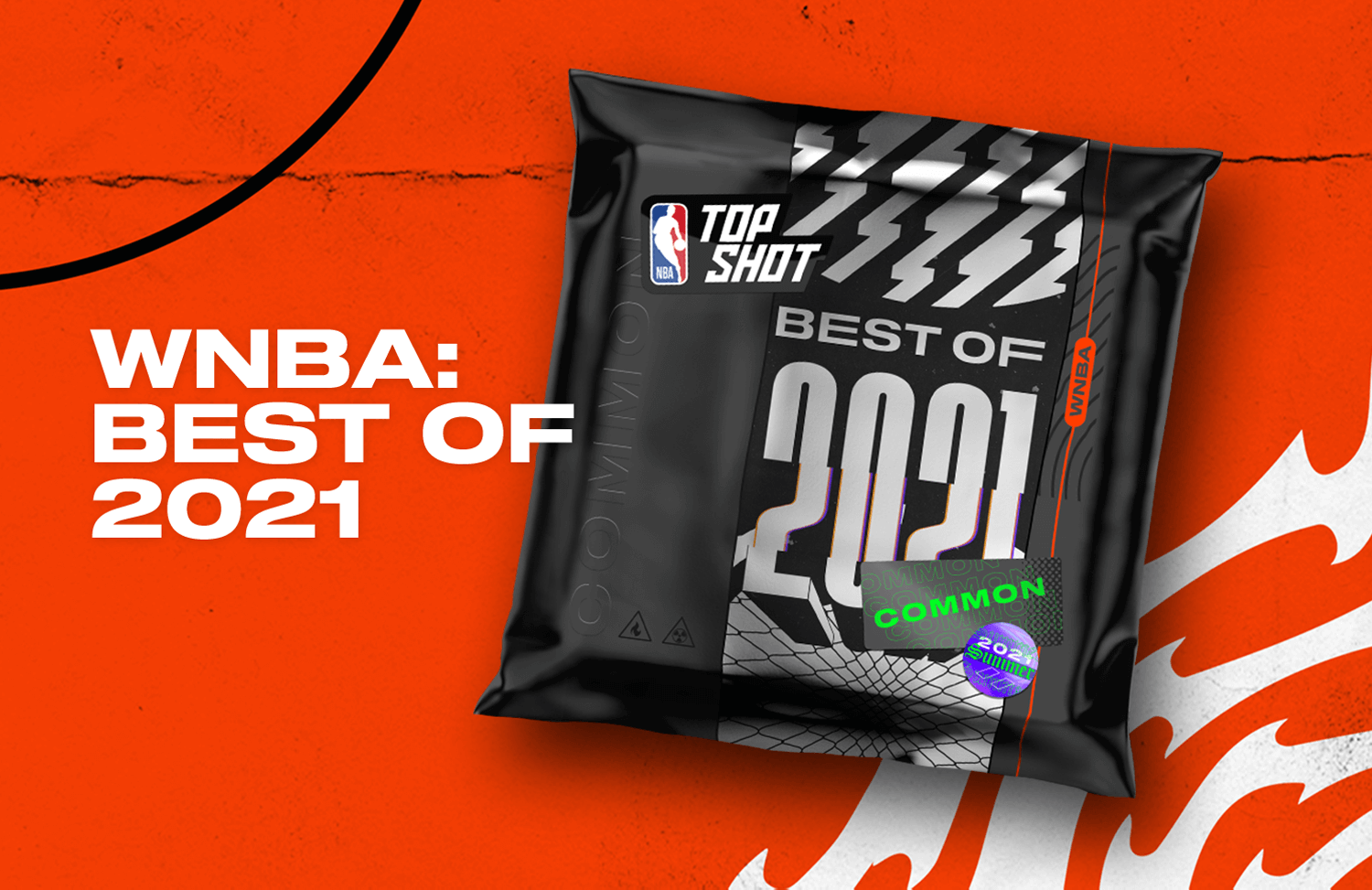 Don't have a Moment? You just need one to qualify for Thursday's drop. Grab one now >>

After earning her starting role in 2020, Kahleah Copper has made her presence known. The 7th overall pick in the 2016 WNBA Draft made her first All-Star appearance this season. She’s had an impressive 2021 with the Chicago Sky averaging 14.4 points, 1.8 assists, and 4.2 rebounds a game.

DeWanna Bonner has been an essential part of the Connecticut Suns’ run to earning the #1 Seed in the 2021 WNBA postseason. The four-time All-Star recorded a notable 15.2 points, 3.2 assists, and 6.4 rebounds during the regular season. Bonner leaves it all on the court every night as she continues to pursue her third WNBA championship.

Krisiti Toliver was an instrumental member of the 2019 Washington Mystics championship team, averaging 14.2 points and 5.2 assists during their postseason run, and the 2016  LA Sparks . championship team.The two-time champion and former 3rd overall pick in the 2009 WNBA draft, continues to ball out by averaging double-digit points in nine of her last ten seasons.

Napheesa Collier has been nothing but spectacular since entering the league. The Lynx Forward has received All-Star honors in two of her first three seasons, and averaged a remarkable 16.2 points, 3.2 assist, and 6.6 rebounds last season.

Natasha Cloud continues to add to her basketball arsenal as each season passes. The Mystics guard was second in the WNBA in assists per game (6.6) during the 2021 regular season andaveraged an impressive 8.7 points, 6.4 assists, and 3.6 rebounds last season.

Guard Tiffany Hayes has continued to be a reliable asset whenever she is on the floor. The former 14th overall pick in the 2012 WNBA Draft has averaged 13.7 points, 2.4 assists, and 3.3 rebounds over the course of her nine seasons in the league.

Good luck around the rim when Monique Billings is on the floor. Billings has averaged a monster 7.3 rebounds and .7 blocks per game on an average of 23.4 minutes over the last three seasons. The Atlanta Dream defender is a menace on defense.

Quigley’s story is one of the best in WNBA history. Quigley was drafted in the 2nd round and she barely saw the floor for her first four seasons. After her fourth year, she was cut and left the WNBA for a season to become a summer camp counselor. She was signed by her hometown team, Chicago Sky, in 2013 and had four solid seasons. Then in 2017, Quigley became an all-star and she wound up making three-straight appearances in the all-star game. Quigley is an indispensable player for the Sky.

Thomas played the third most minutes for the Connecticut Sun this season and helps run the offense on a nightly basis. Thomas is also a force on the defensive end and added a WNBA All-Defensive Second Team accolade to her resume this season. She has scored over 2,000 points and dished out over 1,000 assists -- not many players in WNBA history can make that claim.

The rookie standout who played for Stanford and Baylor, two of the best college basketball programs in the country, has been a solid role player for the first place Connecticut Sun. The 20th overall pick in the 2021 draft is hoping this season ends in glory but her story is just getting started in the WNBA.

Kuier’s journey to the WNBA was not a typical one. The 20 year old was born in Egypt and grew up playing basketball in Finland. She then played one season with Virtus Eirene Ragusa of Sicily in the Italian Serie A league. The Wings saw an incredible player in Kuier and drafted her 2nd overall in the 2021 draft. She averaged a double-double in Italy and it’s only a matter of time before she is dominating in the WNBA.

The former 4th overall pick has been an integral part of the Wings for the last 5 seasons. Gray is a talented scorer and this season she took on a hybrid starter/bench role and always provided much needed scoring and rebounding. Gray averaged 11.9 points, 5.2 rebound, 1.7 assists and 1 steal per game this season.

Collier was the first overall pick in the 2021 WNBA Draft. After dominating college and averaging a double-double the Wings were set on adding an extremely capable front-court player. She was named to the 2021 WNBA All-Rookie team. Collier only played 12 mpg this season but her career is just getting started.

Coming off her sixth season as a pro, Mitchell has proven that she can score and fill up the box score on any given night as she averages 2 assists and 2.9 rebounds per game. Mitchell was the 9th overall pick in the 2016 draft and has spent her entire career with the Fever.

The other half of the high-scoring Fever backcourt is Kelsey Mitchell. The former 2nd overall pick is the leading scorer for the Fever with 17.8 points per game. Kelsey and Tiffany are the two leading scorers for the fever and can help take over any game.

Young is a former Notre Dame standout and was the first overall pick in the 2019 WNBA draft. Young had a career year in 2021 averaging 12.2 ppg, 4.1 rpg, 3.2 assists and 1.1 steals. She also started every game and is a big reason why the Aces are still vying for a championship.

Clarendon is a former all-star who has put together a really solid career. After getting cut by the New York Liberty, the Lynx picked Clarendon up and they have not disappointed. They had a career high 5.7 apg, and a very solid 10.4 ppg. They immediately became a huge part of the starting lineup and started all but one game this season. The former 9th overall pick continues to show that they belong.

Kayla McBride is a perennial standout in the WNBA. She has three all-star game appearances as a Member of the Las Vegas Aces/San Antonio Stars. The former third overall pick in 2014 is a great scorer but is also a great defender averaging a steal per game. McBride is nearly a lock for a minimum of ten points every night and will look to help the Lynx improve. The regular season was a success and the playoffs were a letdown but with her leadership the Lynx have a chance to go further.

The former Baylor standout is truly an inspiration. She finished second in the nation in assists and took home the Naismith and Big 12 Defensive Player of the Year awards for the Bears. After a scary injury left her paralyzed for a short time last year, Richards still bounced back to be a first round pick in the draft. In her rookie season, she has carved out a key bench role with the New York Liberty. Richards’ play was rewarded with a WNBA All-Rookie team nod. Richards has picked up the pro game well and will look to build off a productive first season in the WNBA.

The former All-Star was traded by the Storm to the New York Liberty prior to this season. Howard was expected to take a leading role for the Liberty but an MCL injury sidelined her for more than half the season. She came back in August and she was every bit the leader she was expected to be and almost led the team in points with 16.2 ppg. She also averaged 7.2 rebounds, 1.7 assists, 1.3 steals and 0.5 blocks. She put up a double-double in the playoffs but it wasn’t enough. She will be looking to come back strong for a very solid Liberty team.

Magbegor was the 12th overall pick in last year’s WNBA Draft. Magbegor is quite lucky to have a player like Breanna Stewart to teach her the ropes and help make her better. Magbegor is just getting started and an important frontcourt bench piece for the Storm.

Last season, Hines-Allen took a massive leap in her game. She started every game and averaged 17 points and 8.9 rebounds per game. There was a bit of step back this season but the talent is clearly there and she can carry the team and fill the box score on any given night.

The former 2nd overall pick and all-star signed a one-year deal with the Dream. She is a very talented scorer and distributor and makes every player around her better. It will be interesting to see where she lands next season as she can absolutely make a difference.

Cooper stepped up in a big way this season for the Sparks. There are a lot of big names in Los Angeles and Cooper has increased her minutes and even got several starts. She’s only been in the league for two seasons, so there’s plenty of time to grow. As a former Baylor player, she has a fantastic pedigree and will only improve.

Zahui B. signed with Sparks this season after having a career year in 2020 averaging 9 points and 8.5 rebounds per game. She is a fantastic frontcourt player that can stretch the floor and shoot from 3. The former 2nd overall pick looks to be a big part of next season’s plans for the Sparks.

Turner has posted career highs in points, rebounds and assists this season. The third year player has started every game this season and is still hoping to help the Mercury secure a title this season. Turner is also a menace on the defensive end averaging .8 steals and 1.3 blocks per game. Turner has one year left on her contract and the Mercury would be keen to keep her around.

Samuelson has been in the league three years and it’s been quite eventful. After drafting her 4th overall in 2019, the Chicago Sky traded Samuelson to the Dallas Wings. Then prior to this season, the Seattle Storm traded for her with plans for her to be a full-time starter for the first time in her career. She put up career highs in points, rebounds and assists. Samuelson still has two years left on her contract and it looks like she found a long term home.

Canada entered the league in 2018 as the 5th overall pick for the Seattle Storm. She went on to help them win a championship in her first season. She followed that up with a WNBA All-Defensive First Team selection in her second season. Canada’s defense makes her an indispensable part of this Seattle Storm team that’s looking to win another championship. This was a contract year for Canada and the Storm will have decision to make this off-season.

The rookie standout from Louisville was named to the WNBA All-Rookie team. After just six games, the Chicago Sky got on the phone with the Dallas Stars and worked out a deal to land Evans. This gives them some great backcourt depth off the bench as well as more cap flexibility. Evans is a promising prospect that will learn from Kahleah Copper, Candace Parker, Allie Quigley, Diamond DeShields and Courtney Vandersloot.
‍ 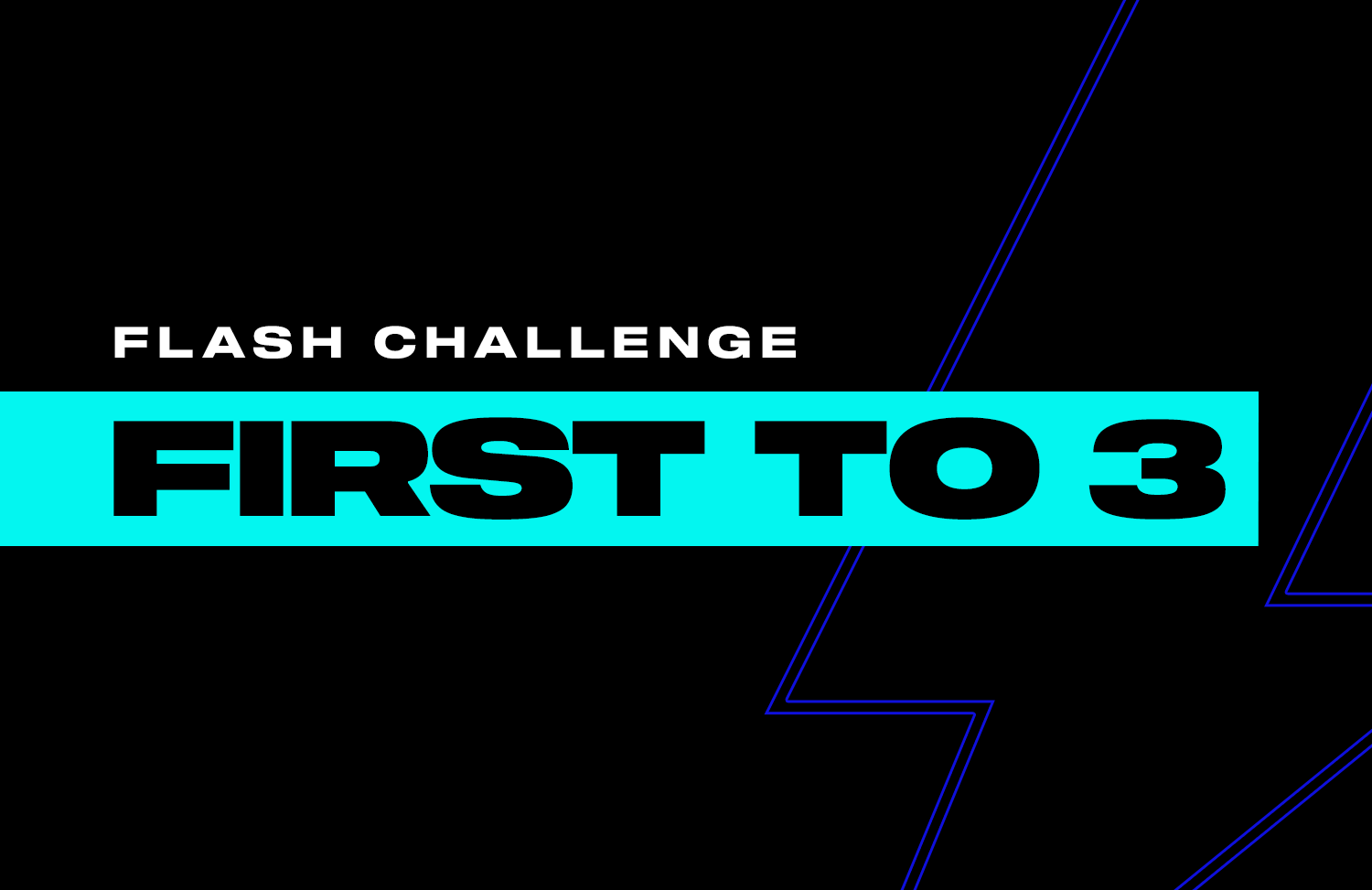 Flash Your Marksmanship With This Flash Challenge 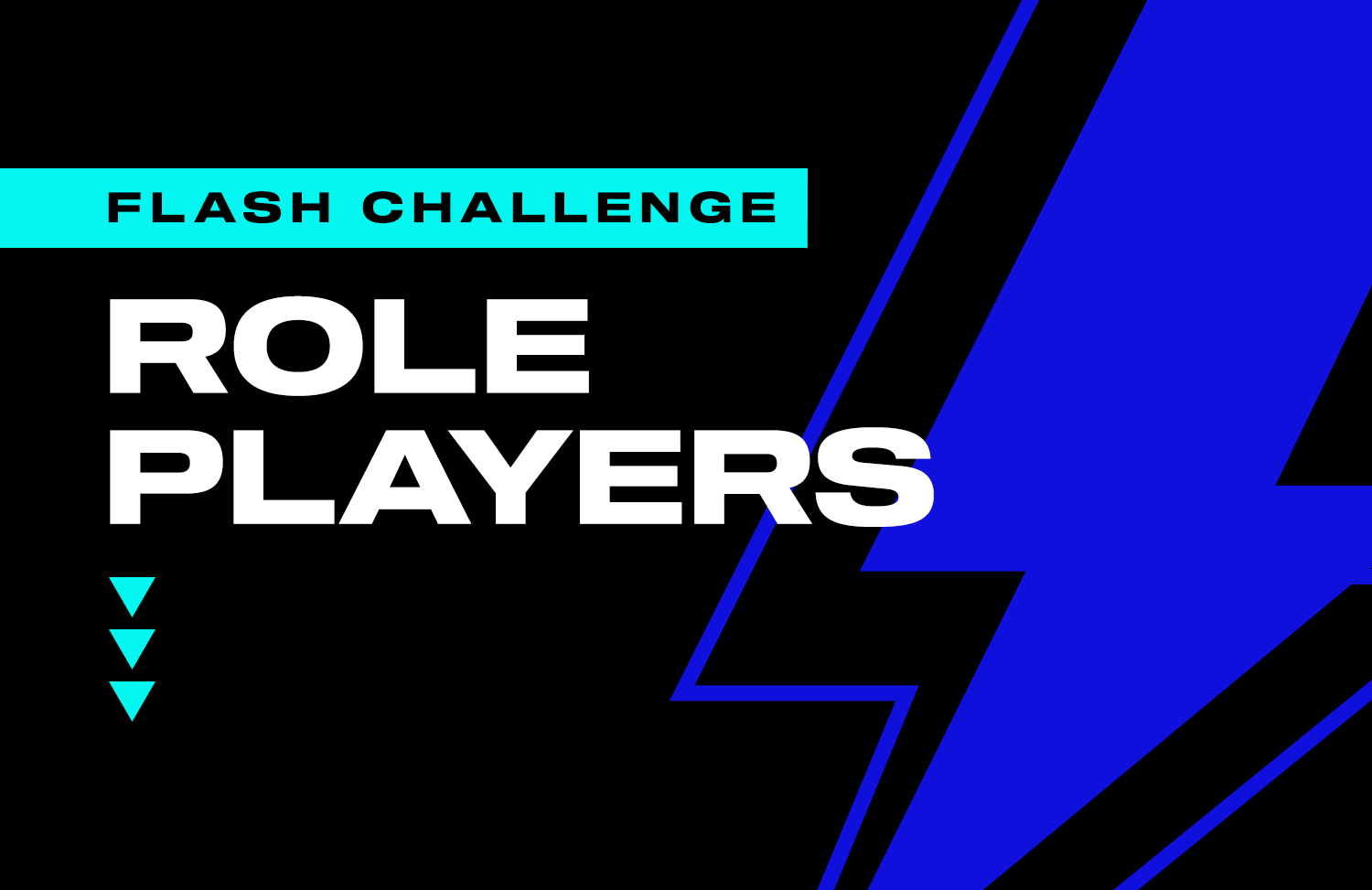 Get In The Game For This Flash Challenge