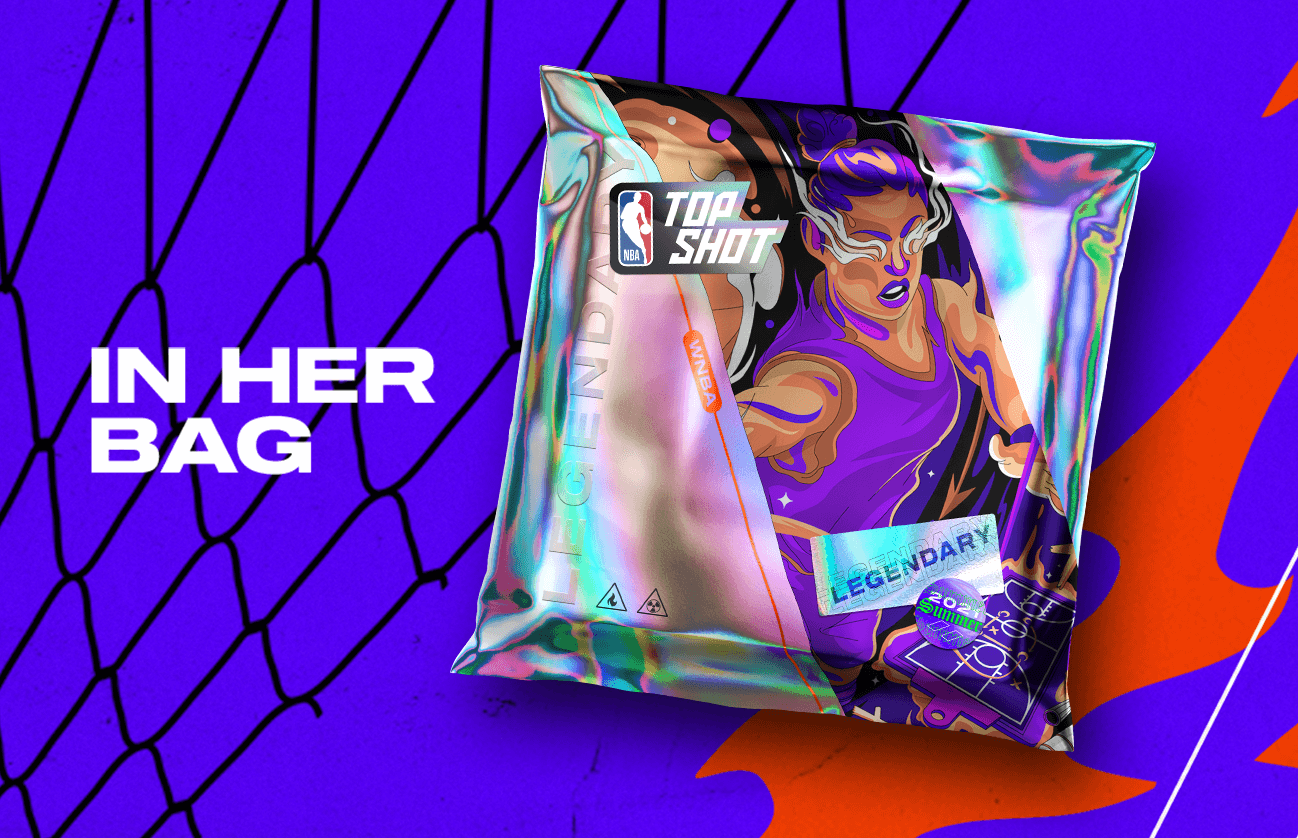 Announcing In Her Bag

Throughout the 2021 WNBA playoffs, the most incredible players stepped up and delivered unbelievable performances.

18 players put their legacies on the line and pulled out some of the most fire plays from their bag:

And on Tuesday, October 26, collectors will have the opportunity to add some legends to the collection.

WHAT’S IN THE PACK:

Glad you asked. Every pack features a Legendary Moment from the WNBA playoffs numbered to just 125, these packs are some of the best we’ve ever had to offer.

Set name: In Her Bag

Please note: these packs will only be available to our most active collectors. The General Queue will require a Collector Score of 3.5K points (bonuses included) at the time of the drop.

Want to boost your chances of landing a pack? The Priority Queue will give you a better chance of snagging a pack.

We are excited to share that Showcase Challenges involving both Rare WNBA Run It Back and Legendary In Her Bag Moments are coming to Top Shot within the next few days! Stay tuned for more updates shortly.

TAKE ME TO THE PACK>>