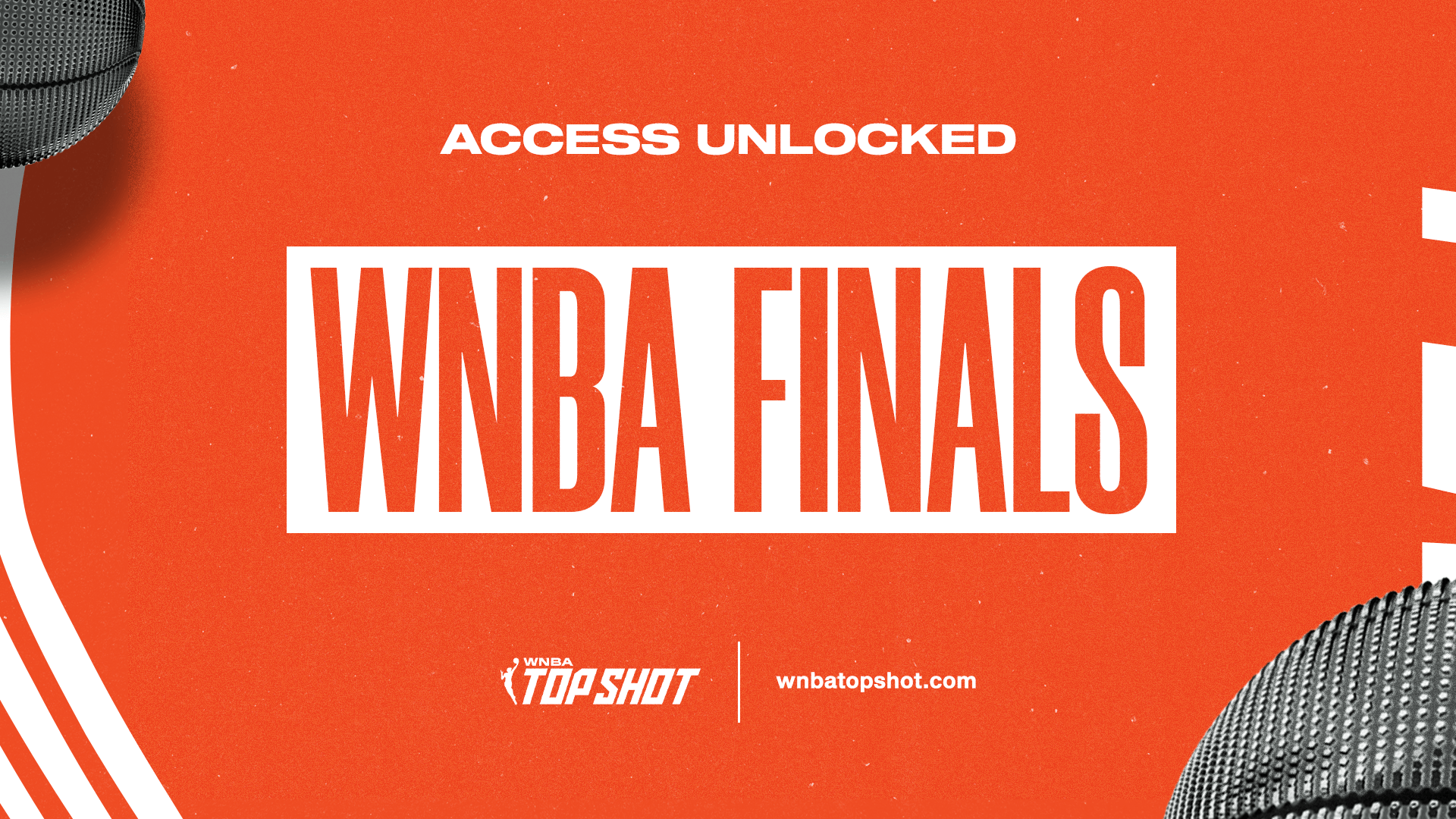 The WNBA Finals are around the corner, and with it, the chance for two fanbases to witness their favorite W team perform head-to-head at the highest level.

Access Unlocked for Game 4 of the 2022 WNBA Finals will give 10 Top Shot collectors and their guests an unbelievable experience they’ll never forget.

Each WNBA team left is on a mission to lock up their place in history, and for you to unlock access to this unforgettable experience, you’ll need to do some locking too.

Will Sue Bird end her career with one last trophy, with help from the Storm’s star-powered duo of Breanna Stewart and Jewell Loyd?

Will Candace Parker and company go back-to-back as Chi-town champs, establishing themselves as a new W dynasty in the making?

Will the Connecticut Sun avenge their loss to the champs in last year’s playoffs and make it back to the WNBA Finals, in pursuit of their first trophy?

5 Top Shot collectors from each team to make the Finals will be selected for Access Unlocked: 2022 WNBA Finals. Here’s how.

The top 5 collectors on the Team Leaderboards that represent the two teams advancing to the WNBA Finals will be headed to the city hosting Game 4 for a once-in-a-lifetime experience trip that will include:

When you lock a Moment to a Team Leaderboard, the Top Shot Score of that Moment helps you climb each Leaderboard.

‍Dapper Labs reserves the right not to award any or all Prizes if the game is not played. Winners may not substitute, assign or transfer their Prize (e.g no consolation prize if you’re unable to attend). Winners are responsible for all applicable federal, provincial, state and local taxes, if any, as well as any other costs and expenses otherwise associated with accepting any Prize. All Prize details are provided at our sole discretion. View full terms and conditions here.