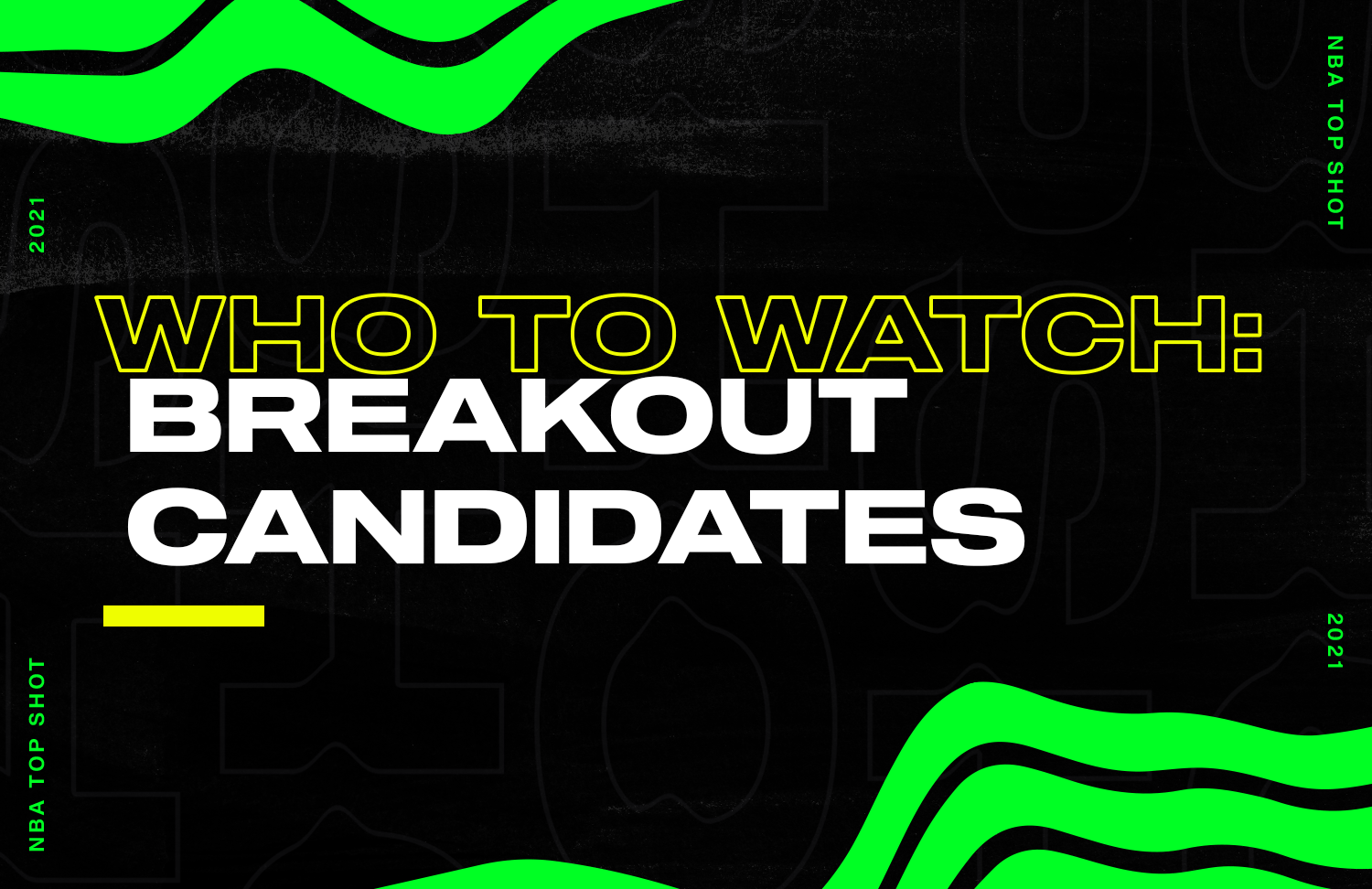 John Collins was the initial pick, considering the momentum and exposure he built through a remarkable 2020-21 Playoff run. But from a floor-to-ceiling standpoint, Cam Reddish has more room to excel. Reddish was a late entry into the postseason, but his 3-point stroke was sizzling, hitting 9-of-14 in the Eastern Conference Finals. He needs to show that off-the-bounce shooting ability for a full season, but it looked strong in the preseason. If nothing else, though, he showcases enough potential on both ends to take a flyer on him as a potential breakout candidate next season.

The Boston Celtics went all-in on the “Time Lord” experience this offseason by both trading away his No. 1 competition for minutes in Daniel Theis and then rewarding him with a four-year, $54 million extension. Last year, there were only 40 players to defend at least 175 shots at the rim and force players to shoot at least five percent worse than average. Williams was among that group. He’s also shown the willingness to step out onto the perimeter, something that could get him All-Defensive Team consideration. Slight improvements across the board could lead to a big year for Williams.

On a star-studded Nets team, finding a “breakout” capable of commanding consistent playing time is a tough sell. After his tangible impact on the Nets, Nic Claxton no longer feels like a “best-kept secret,” so the arrow points to Bruce Brown, the Nets’ do-everything-but-shoot point guard. He averaged 10.6 points in 37 starts, and the Nets — 29-8 over that stretch — seldom floundered. That’s noteworthy in how Brooklyn could need to adjust to life without Kyrie Irving. Regardless of whether he starts, or how many of his minutes he sacrifices to Patty Mills, his versatility yields positives in Brooklyn.

Following today’s news, Bridges is set to join a growing list of players set to hit the restricted free agent market in 2022-23, which could provide a source of motivation. All eyes are on his 16-game finish to 2020-21, when he averaged 21.0 points, 6.9 rebounds, and 3.1 assists on 51-42-84 percentage splits. His year-to-year strides have been remarkable; lack of volume in mind, he came just four free throws shy of a 50-40-90 season, and continues to make strides as a playmaker. Defensively, he provides Energizer Bunny-type energy, and if he puts everything together, Charlotte could be positioned to build on last year’s Play In appearance.

All eyes will be on the Zach LaVine and DeMar DeRozan pairing when the Chicago Bulls kickstart their season on Wednesday. But the ability to defend and space the floor is going to need to come from somewhere, and 2020 No. 4 pick Patrick Williams provides that in abundance. Last season, Williams took the Bulls’ toughest perimeter assignments — he defended LeBron James, Kawhi Leonard, Zion Williamson, Devin Booker, Giannis Antetokounmpo, and Kevin Durant, among others for at least ten shot attempts — and kept coming back. With the added attention Chicago’s stars will bring, more eyes will be on the sophomore forward.

The jury remains out on if the Cavaliers’ offensively-minded backcourt can sustain success together, but on an individual level, Darius Garland has the look of a player poised to become a 20-point scorer in 2021-22. Over his last 23 games, he was exactly that. He made changes to his shot diet, ascended as a playmaker (6.7 assists over the final 23), and as a result, the Cavaliers were competitive. If health permits, he’s capable of driving his duo with Collin Sexton into one of the better 1-2 punches in the league.

Detroit is going to be much more must-see, now that No. 1 pick Cade Cunningham is in the Motor City’s driver’s seat, but there won’t be shortages on opportunities for last year’s standouts, including Saddiq Bey. Bey has impressed in the 2021-22 preseason, setting up real estate on those 10-foot leaners and hook shots, and he looks comfortable handling the ball in the pick-and-roll. He introduced himself to less hardcore fans by becoming the second rookie in Pistons history to win a Player of the Week, and looks poised to build on it in a more defined role.

Indiana was one of only two teams to return 80 percent of last year’s roster, so they don’t project to be much different in 2021-22. With T.J. Warren (foot) being out indefinitely and Caris LeVert (back) likely to be eased in, minutes are there for the taking. O’Shea Brissett blossomed last year after earning a 10-day contract. In 21 games, the former Syracuse Orangeman averaged 15.9 points and 8.0 rebounds per 36. There’s a smoothness to his game that’s somewhat Paul George-esque. He’s excelled as both a corner specialist and a sneaky-good cutter. Keep an eye out for him in 2020-21.

KZ Okpala could be a player to watch if he carves out a role among Miami’s veteran forwards, but Tyler Herro’s path to another breakout looks much less muddy. Herro threatened for a case as arguably the preseason’s most dynamic producer, ranking No. 1 in total points. It looked reminiscent of his play in the Orlando bubble, when he took the NBA and NBA Top Shot world by storm. Herro is noticeably bigger, too, something that should help with injury prevention. With Victor Oladipo out and Gabe Vincent and Max Strus not quite rotation fixtures, the second-unit backcourt runs through the 21-year-old.

Every year, there’s a player or two that benefits from the exposure and lessened defensive attention of playing for the defending champions; Grayson Allen could be that guy this season. David Nwora made a compelling Opening Night case, but Allen remains a safe bet to bring in grit, which should calibrate well with Bobby Portis and Pat Connaughton’s hustle-heavy tendencies. Allen had a promising stretch in early-to-mid April, where he averaged 16.5 points and 38 3-pointers over an 11-game span. With his big-game chops as a former Blue Devil and a newly-signed $20 million extension, Allen could be due for his most productive all-around year.

Given his refined 3-point stroke, RJ Barrett could have been the “easy choice” here, as could Immanuel Quickley with Kemba Walker’s checkered health history. Though from an availability standpoint, Toppin’s fight for minutes looks much less daunting with only the likes of Mitchell Robinson and Nerlens Noel noticeably ahead. After struggling to earn Tom Thibodeau’s trust at the outset, Toppin played in the Knicks’ last 61 games, while becoming a Playoff rotation fixture. Over Summer League and preseason play, he showcased maturity on both sides of the floor, earning an All-Summer League First Team nod for his efforts. His arrow’s pointing upwards for 2021-22.

Mo Bamba entered the NBA as an unusually well-known commodity thanks to his NBA 2K18 tribute song. In Year Four, his big on-court step appears looming. Orlando parted ways with Nikola Vucevic, their starting center since 2012-13, and now, all of a sudden, Bamba is tied for the second-longest tenured Magic player. Bamba had a late-game preseason sequence against San Antonio —  a pick-and-roll alley-oop and a could’ve-been game-saving block —  that showed his capabilities for 2021-22. He’s out to prove that his gaudy preseason numbers (11.5 points, 7.0 rebounds, and 3.8 blocks per game in just 20.7 minutes) aren’t a mirage.

Akin to the 76ers’ title chances, much of what happens in 2021-22 depends on Ben Simmons’ ambition and attitude. Yet, even without much warning, his backup, Tyrese Maxey has shown the ability to score and produce in compressed situations uncommon to most 20-year-olds. His three-star rookie card on NBA Top Shot became a hot commodity last year, and with more playing time, he’s due to build upon that. He played only 15.4 minutes per game in 2020-21, but averaged 14.7 points per game in the 22 games he did play more than 20 minutes, including the Playoffs.

Some breakout cases are easier than others, and OG Anunoby’s situation illustrates that. Anunoby has seen incremental year-to-year improvements, including as a 3-point threat (a career-best 39.8 percent on 6.1 attempts) and in almost all of his major box score stats. Following the loss of Kyle Lowry, the ball will be in Anunoby’s hands more than ever, though it's a challenge he’s proven he can step to. He averaged 17.1 points per 36 minutes without him in 2020-21, getting to the rim with regularity and remaining one of the NBA’s feistiest defenders. Consider Anunoby a Most Improved Player candidate.

There are nearly 20 vacated shot attempts following Russell Westbrook’s departure to the Lakers, and even though the Wizards were active this summer, they didn’t acquire a definitive, All-Star alpha dog set to command those shots in replacement. Hachimura showed promise in late-March, and late-April into the postseason, moonlighting as a 15-to-20 point scorer, with a bruising midrange game, an also-improved 3-point shot, and better understanding of defensive coverages. He helped guide Japan to its first Olympic appearance since 1976, something sure to aid both his competitiveness and stamina. After a brief mental health break, it’s back to business for Hachimura in Year Three.