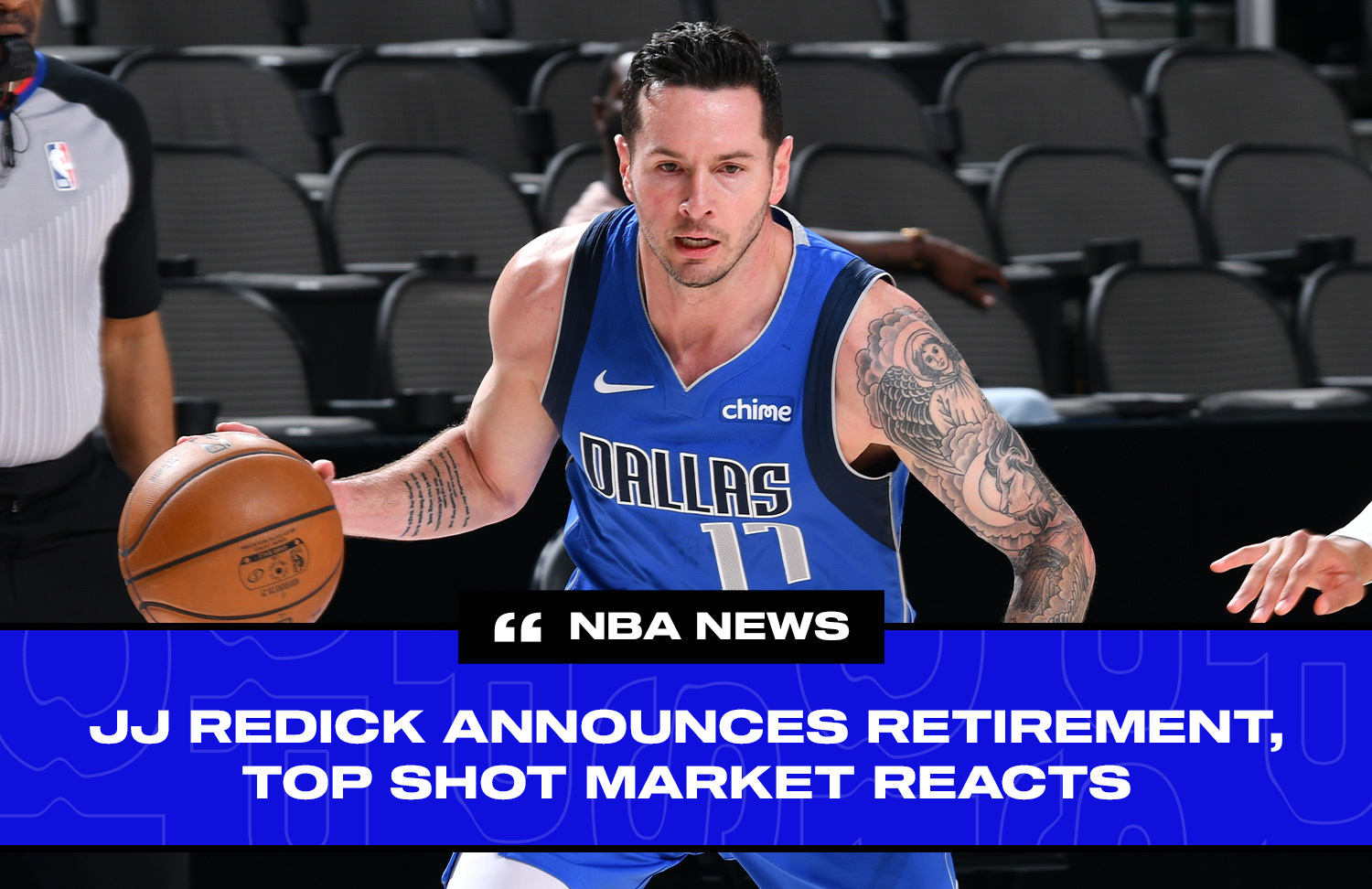 An incredible NBA career just came to an end.

JJ Redick was the model of consistency throughout his career -- a proven winner that players loved to share the court with.

For the first 13 years of his career, Redick made the NBA Playoffs with four different teams. Wherever he went, winning would follow. Redick will finish his career with the 15th most 3-pointers made and 17th highest 3-point percentage in NBA history.

JJ is also a Certified Baller and fan of Top Shot. He spoke about it on his podcast with guest Tyrese Haliburton. He also appeared on a of Josh Hart Top Shot stream watching him open packs. Redick even has his own Moment on Top Shot -- a crafty pass fake & lay-in.

Speaking of his Top Shot Moment...just minutes after his retirement announcement, the activity around his only Moment exploded. In just 2 hours after this announcement, the Marketplace saw a over 12,000% increase in transaction volume over the DAILY average from the past week. Over 500 J.J. Redick Moments have already been purchased today. News in the Top Shot world travels fast and absolutely has an impact. Redick had a fantastic career, so this should come as no surprise.

Redick also made an impact off the court with his critically acclaimed podcast, The Old Man & The Three. He started podcasting years ago and launched his own podcast and company while he was in the bubble, interviewing some of the best players in the league and uncovering some stories that other outlets did not have access to.

We wish JJ Redick all the best in his retirement and look forward to seeing what’s next as he begins his next chapter.