Deck the Hoops with Legendary Moments 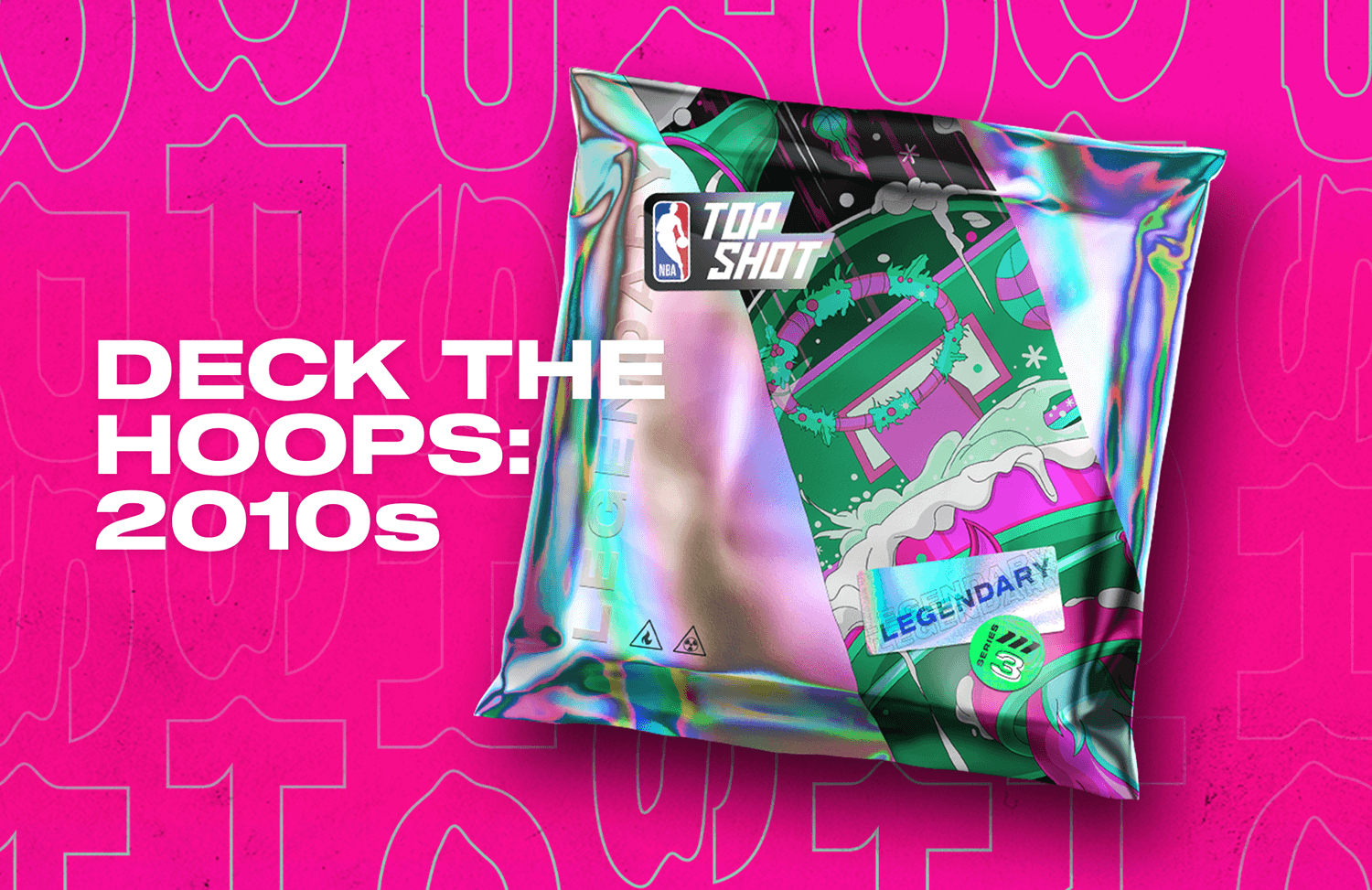 Deck the Hoops with boughs of holly ... and legends of Christmas’ past.

On December 21st, 2021, some of the greatest NBA Christmas day Moments of the last 10 years will be immortalized as a part of the first Legendary historical drop to ever hit NBA Top Shot.

There is no question that the NBA and Christmas Day go together like holidays and hot chocolate. Outside of the NBA Playoffs, you can even argue the Christmas Day matchups are the most anticipated of the season.

Superstars headline the day and rivalries show out on full display. For these packs we looked back at the last 10 years of Christmas Day games to find some of the best plays and players doing what they do best when the entire world is watching.

This drop will include Moments from the likes of:

Each pack in this drop will contain 9 Moments. including one Legendary Deck the Hoops Moment numbered to 55, one Rare Metallic Gold LE Moment numbered to 749 and seven Series 3 Base Set Moments ranging in Edition Sizes from 4,000 to 60K+.

Lastly, Santa is back and he’s bringing more airdrops. As a continued effort to reward collectors who complete sets on NBA Top Shot, we will be airdropping a free Series 3 Deck the Hoops: 2010s pack to collectors who own the complete Series 2 Deck the Hoops set. The snapshot for this airdrop was taken at 8:45pm PST on December 13th.

Number of Moments per pack: 9

Number of packs per collector: 1

Airdrops: In our efforts to continue to reward set collectors on Top Shot, we are excited to share that collectors with a complete Series 2 Deck the Hoops set will be airdropped one Series 3 Deck the Hoops: 2010s pack. The snapshot to determine the recipients of these airdrops was taken at 8:45pm PST on Dec 13, 2021.