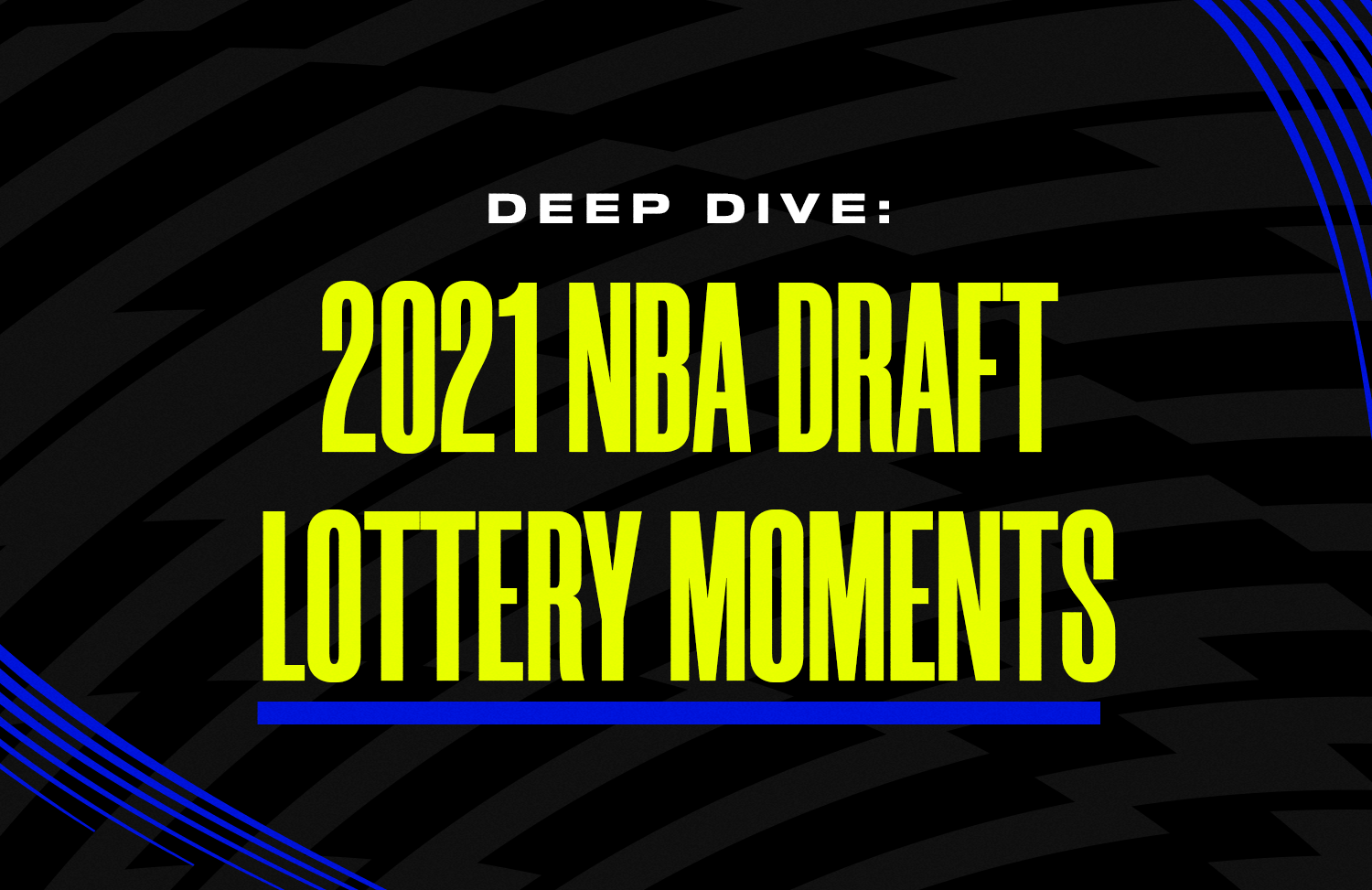 The 2022 NBA Draft is in the rearview, and now, top talents from Draft night are making debuts in the Summer League.

From across the globe, NCAA institutions, the G League, and all other avenues, only 60 players heard their names called a little over two weeks ago. At Barclays Center in Brooklyn, even less embraced Commissioner Silver on stage. Fewer still — the first 14 — went in the Draft Lottery.

Those initial 14 prospects fall into rare air. Stereotypically, this early range evokes more potential, more hope, for the organizations lucky enough to select within it.

That’s not to say future star power won’t fall outside of it. That’s certainly not the case.

In the last decade, Jimmy Butler was selected No. 30 overall to Chicago.

Four-time NBA Champion Draymond Green was left waiting until pick No. 35 came around for Golden State.

Two-time league MVPs Giannis Antetokounmpo and Nikola Jokic went No. 15 and No. 41, respectively.

For better or worse, the Lottery grabs public attention.

It did for our collectors in the first-ever Top Shot Pack Draft, which lives on our YouTube channel, as well as the collectors (pictured below) fortunate enough to win an “Access Unlocked” experience to watch it live. It does for NBA GMs hoping to take a swing at a transcendent talent.

Want to see how last season’s Top-14 picks fared on Top Shot in their inaugural season? Let’s take a look, and if you're new to NBA Top Shot, create your account and start collecting your favorite rookies officially licensed collectibles today.

After missing the season opener due to an ankle issue, it didn’t take long for Cade Cunnigham to prove why he was the No. 1 overall pick in the Draft. He can make plays for his teammates on every level.

He showcased his leadership skills on both ends, starting in all 64 appearances.

The sky's the limit for Cunningham.

He’s not afraid to let it fly – he made the Lakers learn the hard way in a 32-point performance leading to an OT win back in March.

He’s a problem for the next generation of defenses.

Finding someone who can immediately impact an NBA defense out of the Draft is nearly impossible, and yet, Cleveland selected a gem in Evan Mobley.

His 1.7 blocks per game was 1st among rookies and 6th among all players in the league — trailing Jaren Jackson Jr., Robert Williams III, Rudy Gobert, Mitchell Robinson and Jakob Poeltl.

The young standout is accelerating the Cavaliers success, and already has Play-In experience to prove it.

Your 2021-22 NBA Rookie of the Year, Scottie Barnes did it all for Toronto.

His switchy versatility was crucial for the Raptors defense, which was among the top-10 groups in the NBA.

His points and rebound averages were both Top-3 rookie marks.

It was a close ROY race, but Barnes earned the award with his effectiveness, durability and passion in Year 1.

There were certainly some positives to take away from Jalen Suggs’ up-and-down rookie season.

Offensively, when attacking the rim, he showed flashes of his elite athleticism.

On the defensive end, he guarded a handful of the most dynamic guards in the league and held his own.

With improved health, Suggs looks to improve on his offensive efficiency in his second season.

“Can he fit with Shai Gilgeou-Alexander?”

The answer seems to be a resounding “yes.”

Giddey proved to be a worthy secondary ball-handler with an impressive basketball IQ.

He took home 4 Rookie of the Month honors, and became the youngest player to ever record a triple-double (19 years, 84 days).

The Thunder have an all-around threat in the multifaceted Aussie.

Jonathan Kuminga made plays that dropped jaws around the league. His dunks occasionally went viral.

Despite the fact he was developing his feel for the complicated Golden State system on the fly, his freakish athleticism forced the Warriors staff to secure a spot for him in the rotation.

All season long, Kuminga emerged as a capable cutter in space.

He defended the NBA’s most talented wings, and took advantage of offensive mismatches.

He took away pieces of basketball wisdom from teammates Draymond Green, Kevon Looney and Andrew Wiggins.

Already, Kuminga’s off-ball flow and hunger for second-chance opportunities around the rim is a step ahead of his peers.

It’s not every day the defending champions give a rookie praise. Following a 38-point Franz Wagner outburst in December, the Bucks weighed in on the Magic rookie.

Head Coach Mike Budenholzer said the outing was “one of the better games that I've seen a rookie have in our league.”

Wagner can put the ball in the basket, as he recorded 17 games this season with 20 or more points.

He played the most games among all rookies (79). At 6’9” 225 lbs, Wagner has the potential to switch onto and defend the top wings around the league.

Look out for the German wunderkind.

He’s not afraid to get into the space of speedy guards – actually, he seeks it out.

Not only that, in Mitchell’s final 10 games of the season, he proved he can get the job done on offense too.

To play consistent minutes around De’Aaron Fox, there’s no doubt he’ll want to put work into his off-ball shooting, but work ethic has never been an issue for Mitchell, a determined second-year standout.

Deep in the 2022 Playoffs, when push came to shove, the Grizzlies were comfortable putting Ziaire Williams on the floor.

He’s eager to break out in transition, and is a decent spot-up option – in Game 2 against the Warriors in the Western Conference Semifinals, Williams went 4-for-8 from downtown.

In Summer League, chances are you’ll see Memphis try to unlock more of his playmaking ability and consistency as a shooter.

This season, James Bouknight made appearances for a crowded Hornets roster full of up-and-coming talent, and for the Greensboro Swarm, Charlotte’s G League affiliate.

There’s no doubt Bouknight can fill it up.

To get to the next level, he’ll need more volume and offensive freedom.

One day, he can be a Jordan Clarkson-level swingman in the league.

Whether planned or not, he shifted between G League and NBA experience following in-season trades and COVID-19 absences.

Primo’s length is evident on both ends. His wingspan flashes when he finishes scoop layups at the rim, and defensively, when he contests shots on the perimeter.

Primo will still be younger than many players drafted this June, so there’s optimism his NBA body will continue to fill out, and he’ll become a more consistent rotation player for the Spurs.

From the youngest player to one of the oldest players in the 2021 Draft.

Chris Duarte brought his experience to Indiana and delivered.

He stepped into the Pacers lineup on Day 1 and immediately became a surefire 3-point threat — in the opener, he put up 6 threes and 27 PTS, a franchise record in points for a rookie debut.

At one point midway through the season, Duarte found his name in the conversation for the KIA Rookie of the Year award.

He received compliments and motivation in the media from LeBron James and Kevin Durant.

With only one year down in the league, Duarte’s maturity is off the charts.

Finding playing time on a championship-level roster isn’t a simple task. Moody’s been more than patient in his opening NBA season.

He’s a tremendous glue-guy, playing switchable defense and hitting the open shot – exactly what he’s been asked to do in Golden State.

Couple highlights so far: In March of 2022, Moody dropped 30 PTS against the Nuggets, and broke a Warriors franchise record for most consecutive shots made by a rookie (11). He’s successfully emulating his sharpshooting, veteran teammates.

When the 2022-23 NBA season tips off, this year's Draft Lottery selections will have their first career Moments commemorated as unique collectibles. We can't wait to see what they do.