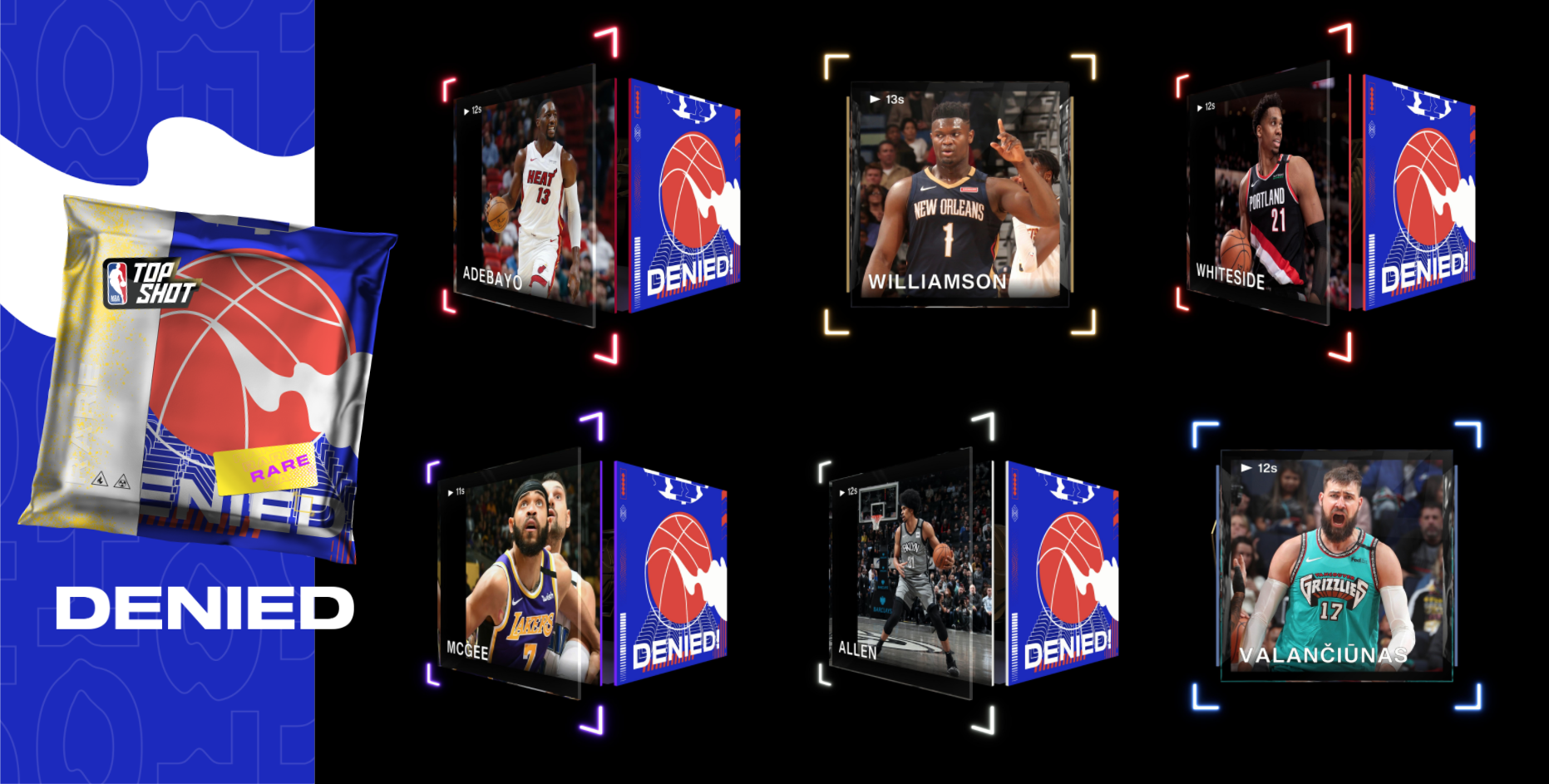 NBA Top Shot is in beta and we’re dropping hot plays. Our launch library contains 150 top highlights from the 2019-20 NBA season. That’s 5 highlights from each team, featuring 5 different players on each team, to make sure there is something for everybody. This library will continue to grow both forward in time as games start up again and backward in time to build a more robust look at the 2019-20 season.

Our Denied! packs have been flying off the digital shelves. Collect the ferocious swats you’ll wanna watch on repeat now before the dreaded "Sold out" sticker blocks your chance.

In this wave, there’s a good chance you’ll score an exclusive Miami Heat Bam Adebayo's big-time block on Eastern Conference foe Atlanta Hawks. Bam Bam’s block won’t be in packs outside this wave of Denied!, so get it while you can.

This is also your last chance to score six other nasty Denied! blocks from 6 more of the toughest defenders of this season, including:

If you collect all nine Denied! Moments from the three waves and complete the Denied! Challenge, you’re guaranteed to receive a high-flying, never-to-be-seen in packs block by LA Lakers JaVale McGee against the Orlando Magic’s Terrence Ross on January 15, 2020.

This pack is going back into circulation with slightly higher serial numbers. Don’t miss your shot — these packs are going faster than Zion Williamson at the 2019 draft.

Time’s up! Our high-rolling Top Shot collectors have already claimed all of the legendary Holo MMXX Moments. If you ever get your hands on one of these, your squad will have to see it to believe it.