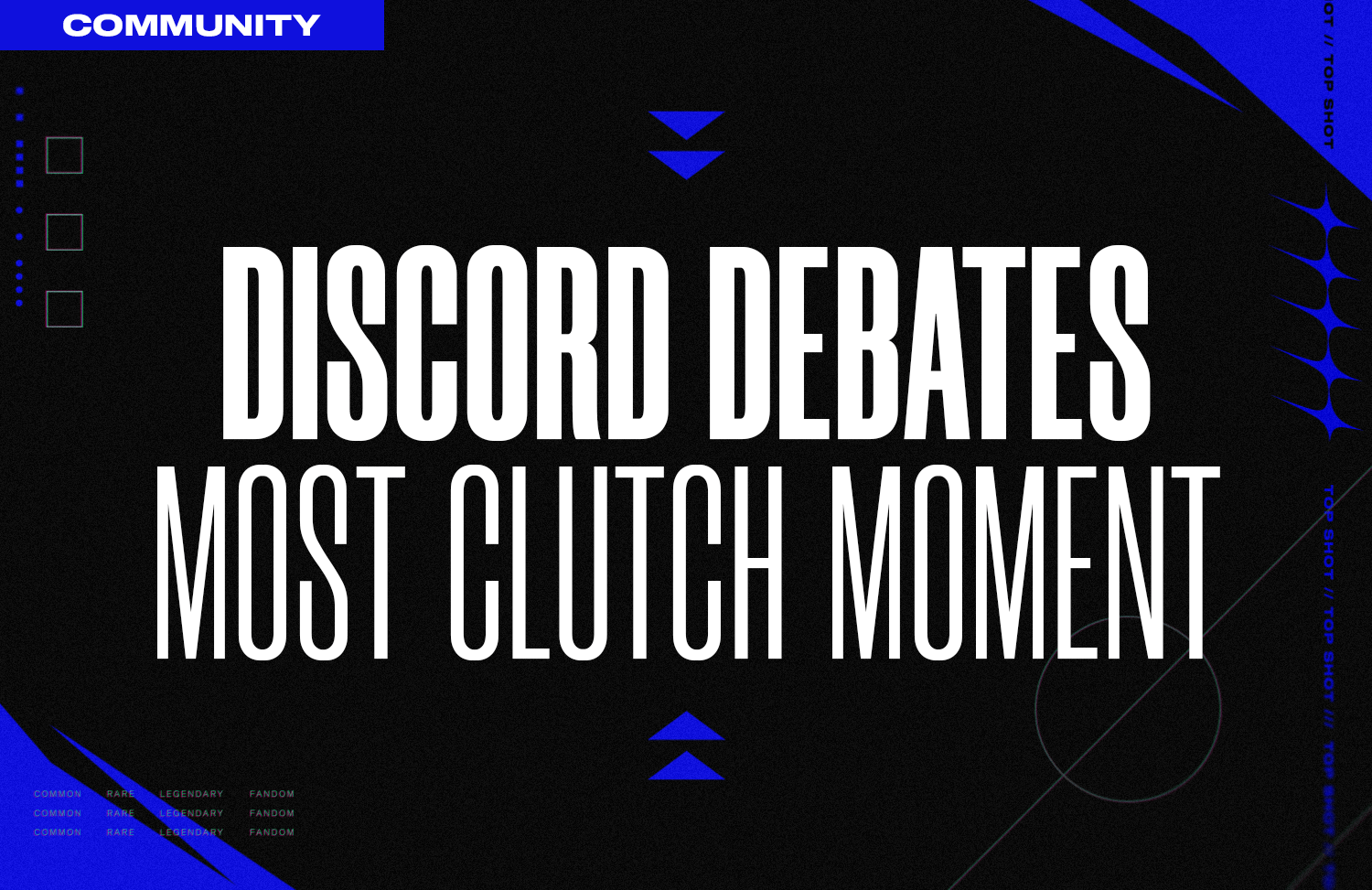 The first-ever Discord Debates got off to a hot start last Monday.

Fiery takes were flying for our leading topic:

Valid opinions filled the chat, but ultimately, Moments from the W’s Sue Bird and the NBA’s Dillon Brooks and Magic Johnson were the top-voted dimes.

In celebration of “Clutch Week,” we ramped up the pressure with…

Sure enough, the Discord users came through in crunch time, with nearly 600 comments on the night.

It once again proved controversial. Some vouched for their Moments —  including classic, memorable ones that slipped under the rug —  but eventually, dozens of community and staff submissions were cut down to a final four.

Here’s how they looked:

Now, I know what you’re thinking.

Where are DeMar DeRozan’s back-to-back buzzer-beaters?

How about Damian Lillard’s 3-pointer against Houston in 2014 that put the Blazers on the map?

Those are the kind of thoughts that fueled the fun of Monday night’s discussion. While the four moments involving Tatum, Magic, Barrett and Anthony were getting love, we had another legion of fans arguing vehemently for others.

To simplify how the debate went, Nine Lives Lounge member @damochaprince detailed the significance of Jayson Tatum’s game-winning layup against the Brooklyn Nets in Round 1 of the 2022 Playoffs.

The case? The play officially sent a message that the Celtics weren’t your average No. 2 seed, and despite battling the two-headed monster of Kevin Durant and Kyrie Irving, Boston was untouchable. They rode that wave of momentum all the way to a deep Finals run.

The overwhelming outcry for Tatum, the talented 24-year-old star, proved to be all it took. Here’s how the final tally shook out:

Even the side stories accompanying the debate were intriguing.

For instance, fans of Stephen Curry’s clutch 3-pointer in the 2022 NBA Finals were left to wonder:

Should the actual significance of when the Moment happened propel it higher?

Would a clutch bucket in Game 4 of the NBA Finals to etch your team closer to a storybook finish —  as Curry did here — mean more than an exciting finish to a regular season game in November? How about the mint count or actual tier?

With supporters on every side of the argument, this added to the pot-stir of viewpoints over the hour-and-a-half conversation on Monday night.

For something to be the “ultimate clutch Moment,” it should occur during a do-or-die postseason game. If it’s a situation where you miss a shot and get to play the next day, it might not pass the magnifying test. Take a look at this Moment.

Damian Lillard’s “0.9 shot” in Game Six of the 2014 NBA Playoffs against the Houston Rockets.

So, technically, Lillard could’ve missed the shot and the Blazers would’ve packed their bags and traveled to Houston for a Game Seven.

But think about the backstory:

(1) That scenario would mean Portland’s 3-1 series lead would be cut to a winner-takes-all matchup.

(3) After that 1999-00 season, they endured heartbreak after heartbreak.

With help from LaMarcus Aldridge’s back-to-back 40-point games, Lillard erased all of that pain in one shot in front of his home crowd. Could Hollywood script writers pen a better story?

If not that, a few others immediately come to mind:

And, a few from some of our friends from NBA Top Shot:

And now, the ball’s in your hands with the clock winding down. You’ve heard from many within the NBA Top Shot community.

Now, it’s time to take your pick: what do you think is the best clutch Moment? Think it over, and join us next Monday at 8pm ET in the NBA Top Shot Discord for another spirited debate about basketball.