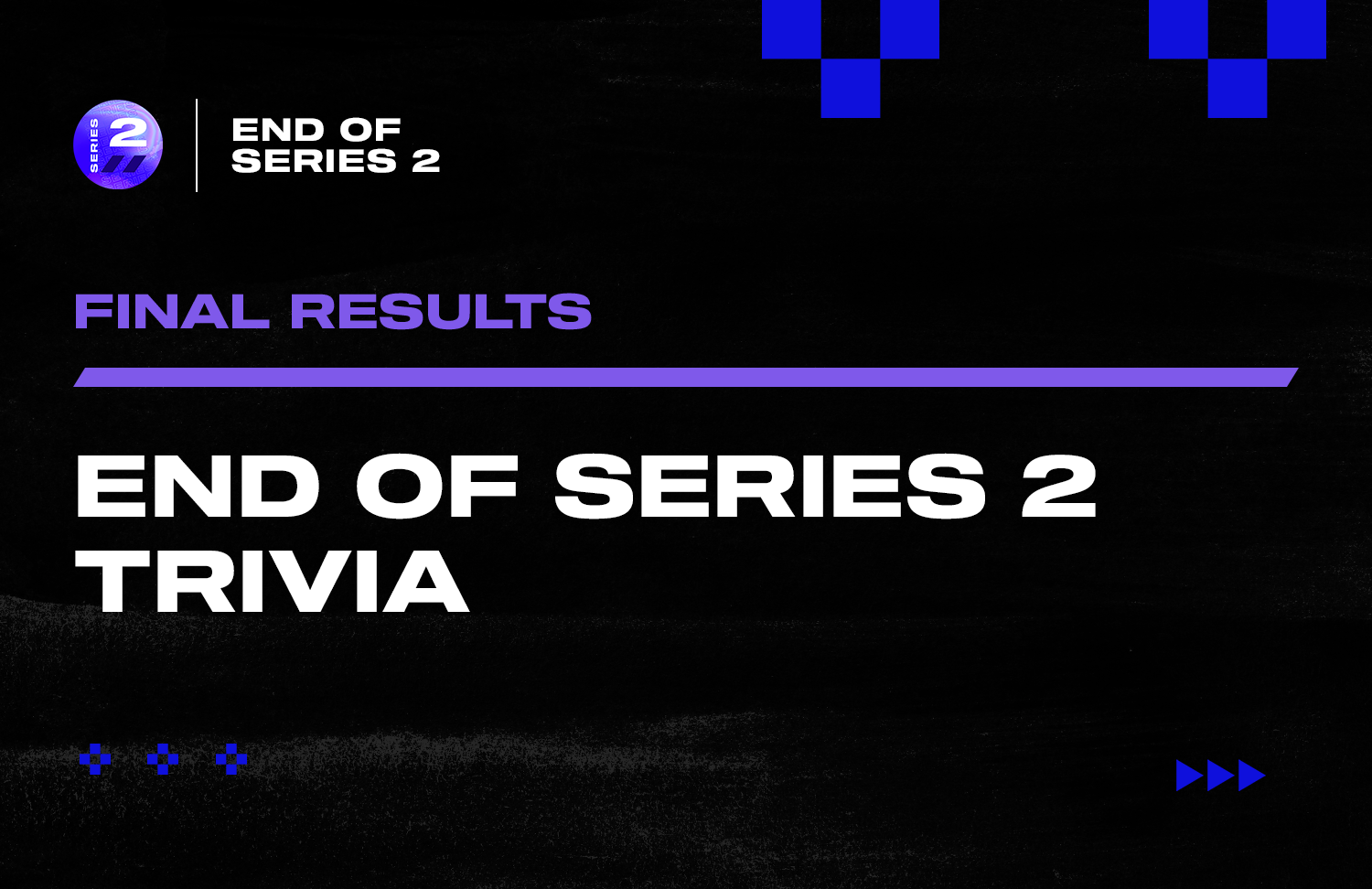 Yes, Friday may have been the official end to Series 2...but who said the fun had to stop?

Saturday, we kicked off the exclusive launch of the Nine Lives Lounge (For all 30/30 Cool Cat Moment holders), and on Sunday we made our very own appearance at the Las Vegas NBA Summer League!
‍

On top of all of that, an awesome two days of #NBATopShotThis Trivia. Without a further ado, let’s recap Trivia.
‍

With Series 2 closing, we have some weekend-long #NBATopShotThis Trivia to celebrate 🥳

Throughout the weekend, we asked 12 questions and a total of 120 unique Collectors were selected to receive a 2021 #NBAPlayoffs pack, pending the correct answer(s).

Q: What All-Rookie teamer from 2020-21 is playing in today's Featured Game?
A: Saddiq Bey of the Detroit Pistons

Q: Which two NBA players have their very own narrated Moments?
A: Mike Conley, Torrey Craig

Q: Who holds the #NBASummer League record for most steals in a game? Include the total amount of steals as well. (Hint: two players share this record!)
A: 8 Steals! Donovan Mitchell in 2017 and Justin Dentmon in 2015.

Q: In the 2020-2021 NBA Season, MVP Nikola Jokić recorded a new career-high ___ assists against the Rockets, the most by any center in the last 50 seasons.
A: Nikola Jokić dished out 18 assists that night

Q: Who won league MVP for the 2012 #NBASummer league?
A: In the 2012 NBA Summer League, for the first time, Co-MVPs were given to Damian Lillard and Josh Selby.