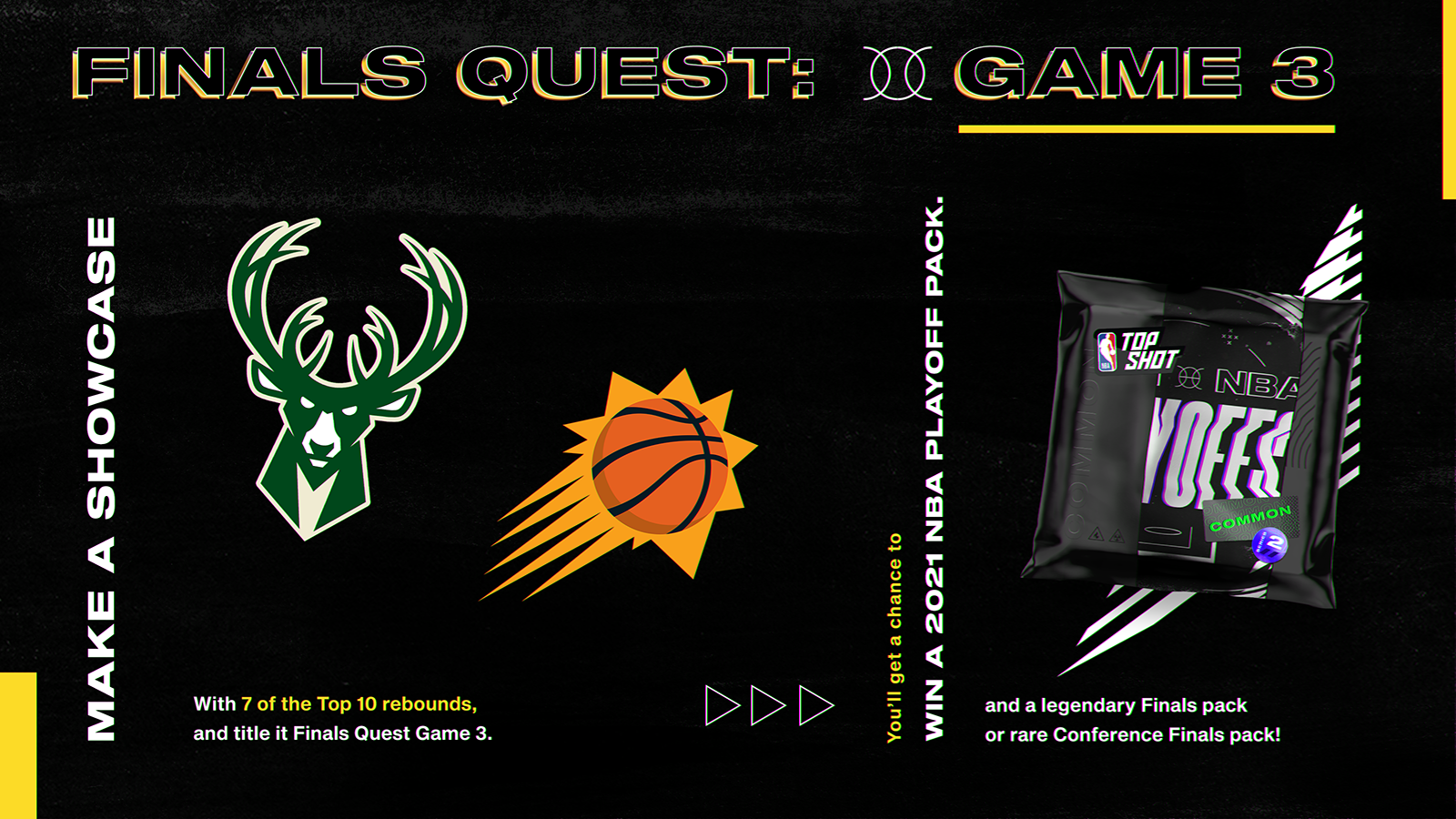 Congratulations to the 500 Collectors who will be receiving a 2021 NBA Playoffs Pack.

*Currently has no moments on NBA Top Shot

On Thursday, despite a valiant 42 point performance from Giannis, the Suns protected home court with a balanced team effort -- and a 26-assist night. But now, with the series changing scenery, do the Bucks have what it takes to stave off the red hot Suns?

For tonight’s Finals Quest Game 3, we’re recognizing some of the unsung heroes of the hardwood: the glass cleaners.

To get in the game, you’ll still need to create a Showcase with seven (7) Moments -- but this time you’ll need to feature players with the most rebounds from Game 3.

Below, find the exact details on how to get in on the action for Finals Quest Game 3.

So as long as you put exactly 7 Moments from 7 of the 10 players who led the Bucks & Suns Sunday night in rebounds in a Showcase, and name your Showcase Finals Quest Game 3 by Monday, July 12th at 4:00 PM PDT, you’ll earn a chance at a 2021 NBA Playoffs Pack.

In addition to giving away 500 NBA Playoff Packs this game, you will also have the opportunity to earn a legendary NBA Finals pack or a rare Conference Finals pack.