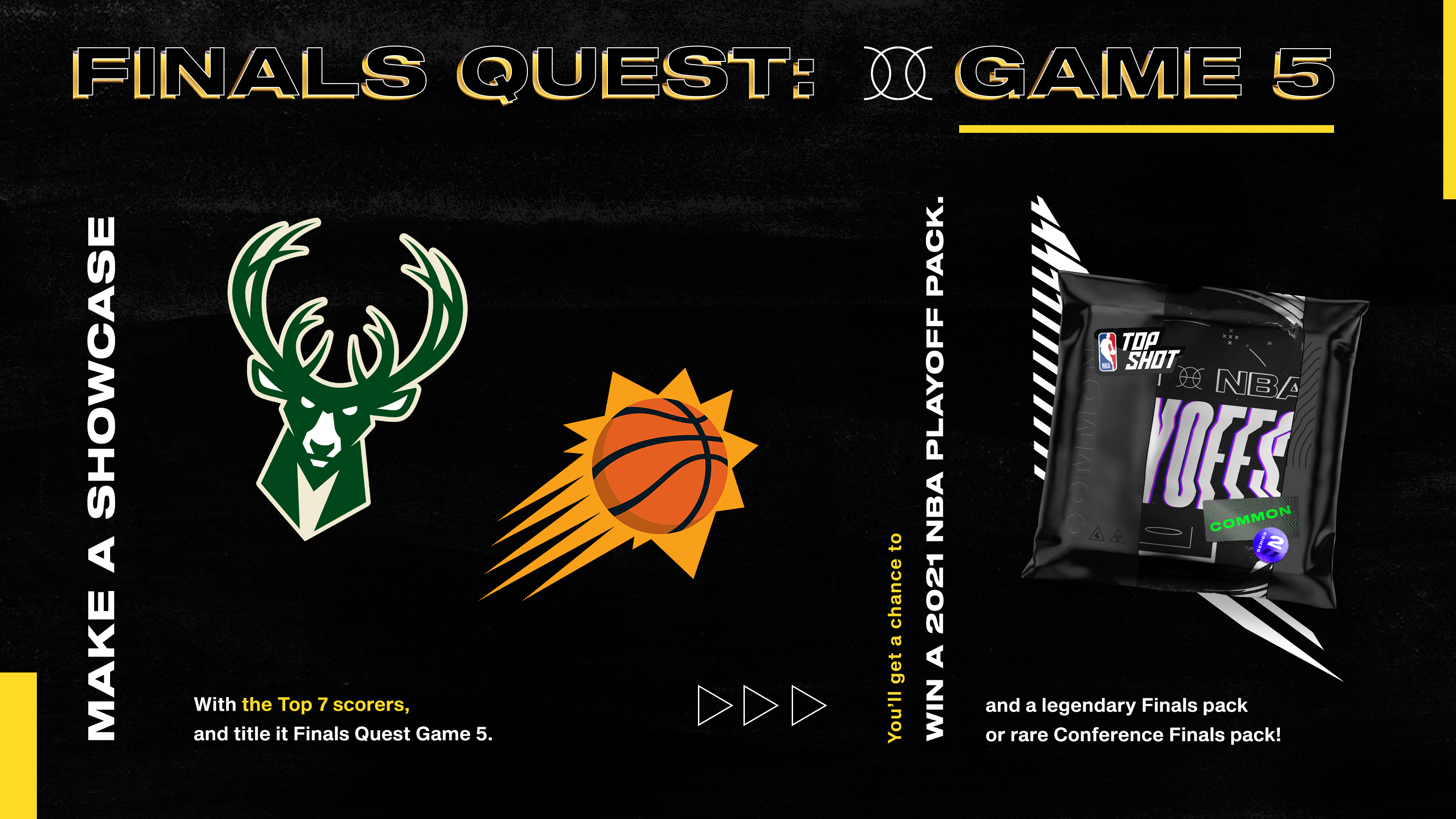 Congratulations to the 1000 Collectors who will be receiving a 2021 NBA Playoffs Pack.

On Wednesday, Khris Middleton and Devin Booker exploded for 40+ points each in a closely contested Game 4. But with the game in the balance, it was a jaw-dropping block from Giannis Antetokounmpo that secured the win for the Bucks, and tied the NBA Finals at 2-2. As the series shifts back to the Valley for a critical Game 5, can the Bucks maintain their momentum, or will the Suns bounce back on their home floor?

Just like the NBA Finals, the stakes get higher as the series goes on. So for tonight’s Finals Quest, we are upping the prize from 500 to 1000 Playoff Packs.

We’re also slightly changing the way you get in the game, you’ll still need to create a Showcase with exactly seven (7) Moments -- but this time you’ll have to feature exactly the top seven (7) scorers from Game 5.

Below, find the exact details on how to get in on the action for Finals Quest Game 5.

Create a Showcase with seven Moments based on the guidelines below and earn yourself a chance at a free 2021 NBA Playoffs Pack.

We’ve also launched a brand new Showcase Quest Feature onsite, to help make it even easier for you to build your Finals Quest Game 5.

So as long as you put exactly seven Moments from the seven leading scorers from Game 5 of the NBA Finals in a Showcase, and name your Showcase Finals Quest Game 5 by Sunday, July 18th at 4:00 PM PDT, you’ll earn a chance at a 2021 NBA Playoffs Pack.

In addition to giving away 1000 NBA Playoff Packs this game, there will also be an opportunity to earn a legendary NBA Finals pack or a rare Conference Finals pack.

NBA Top Shot Economist: And Then There Were Four Drop Recap