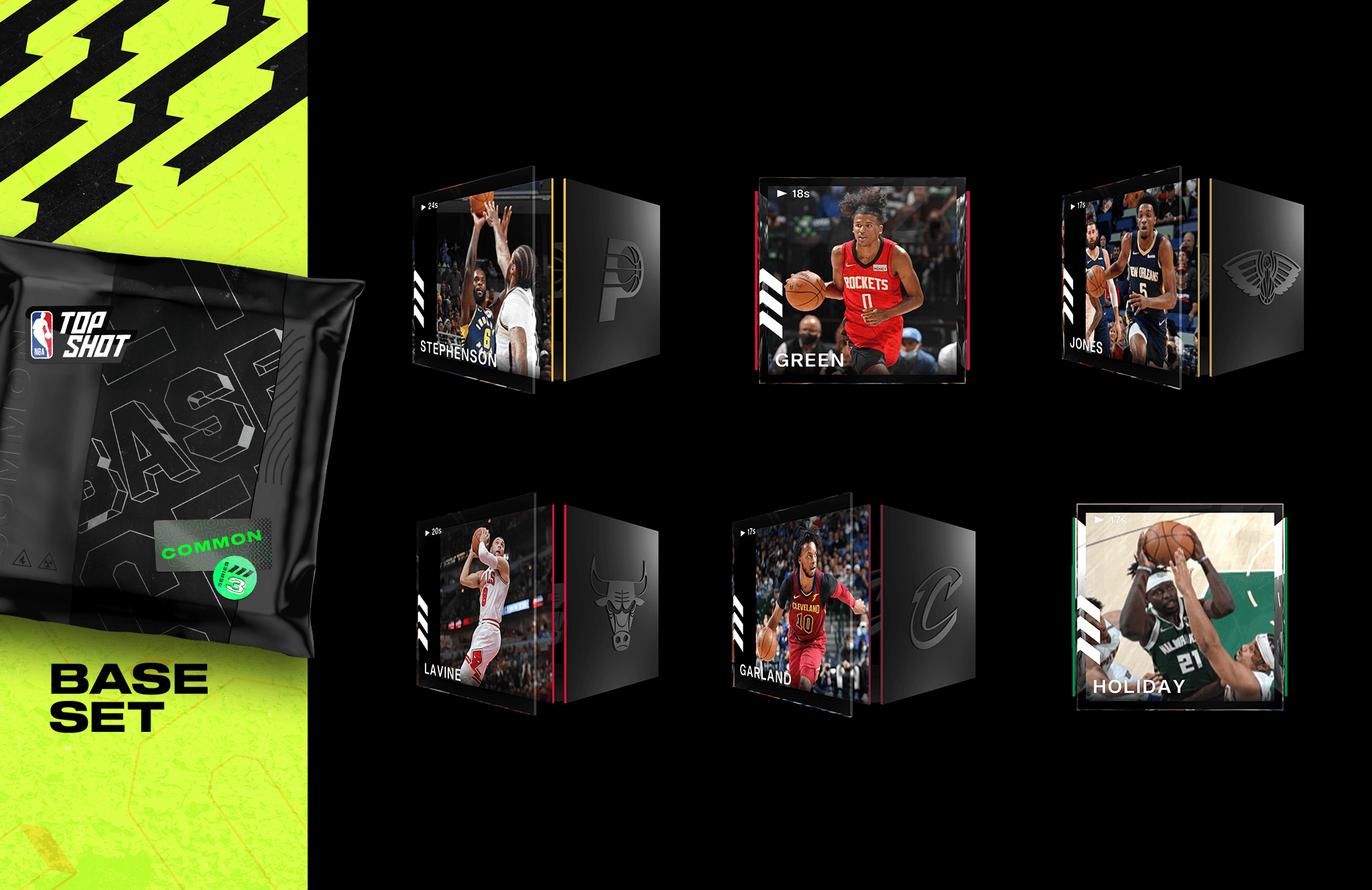 Here’s an early preview of the 17 new Moments being minted, and make sure you keep your eyes on the NBA Top Shot Twitter and YouTube for the official Mint Reveal show coming soon.

Herb Jones of the New Orleans Pelicans, the reigning SEC Player of the Year and one of the most promising rookies so far this season, makes his Top Shot Debut in style, reconsidering a wide open three and deciding to drive to the hoop and dunk on reigning NBA MVP Nikola Jokić.

Collin Sexton of the Cleveland Cavaliers splits the Clippers defense for a monster left handed jam in a 26 point performance and win on October 27th.

Devin Vassell of the San Antonio Spurs attacks the rim with a full head of steam, going the length of the court and hammering it home in a win against the Pistons on December 26.

Jarred Vanderbilt of the Minnesota Timberwolves demonstrates his basketball IQ, reading a missed shot perfectly and penetrating the paint for a rim-rattling put-back dunk.

Jaylen Nowell of the Minnesota Timberwolves delivers the ball to the hoop with great vengeance and furious anger, throwing it down with a little extra spice against the Celtics.

Wendell Carter Jr. of the Orlando Magic decides to dunk the ball, despite Giannis standing between him and the hoop, and accomplishes his goal, finishing with a 14 point, 10 rebound double double.

‍Zach LaVine of the Chicago Bulls demonstrates his dynamic dunking abilities, pulling off a 360 jam in a win against the Hawks on December 29.

Jalen Green, of the Houston Rockets, the second overall pick of the 2021 NBA Draft ,makes an instant impact in his first NBA game, gliding to the hoop and finishing with a reverse layup against Karl-Anthony Towns in his Top Shot Debut.

Tyrese Haliburton, the Sacramento Kings sophomore sparkplug, dribbles, drives and delivers in a 29-point, 11-assist effort in a win against the Spurs.

Jrue Holiday of the Milwaukee Bucks walks the tightrope, spinning off his defender on the baseline and finishing with a sky-high circus reverse layup that he releases from behind the backboard.

Terry Rozier of the Charlotte Hornets proves just how “scary” he can be to defend, using a series of ball-fakes, off-speed moves, and handles to get to the rack.

Nickeil “Naw You Didn’t Just Do That” Alexander-Walker of the New Orleans Pelicans maneuvers around three defenders with a series of crossovers and ball-fakes before finishing with an underhand scoop layup.

Derrick White of the San Antonio Spurs drives right before spinning left into the paint and finishing the easy layup against the Pelicans.

Darius Garland of the Cleveland Cavaliers drives to the rim against the Mavericks before throwing a quick, slick lob to Jarrett Allen, who elevates for a one-handed dunk

Kevin Durant  of the Brooklyn Nets makes his case for the “King of the Mid-Range Crown,” showing off his handles before elevating for a silky smooth baseline jumper that’s been a staple of his game for over a decade.

Lance “Will Make ‘Em Dance” Stephenson of the Indiana Pacers lives up to his reputation, making the most of his 10-day contract opportunity with a clutch three at the buzzer.

Nikola Vucevic of the Chicago Bulls does his job as the defensive anchor for the Bulls, racking up a big block against the Rockets in the second win in what would become a nine-game win streak.