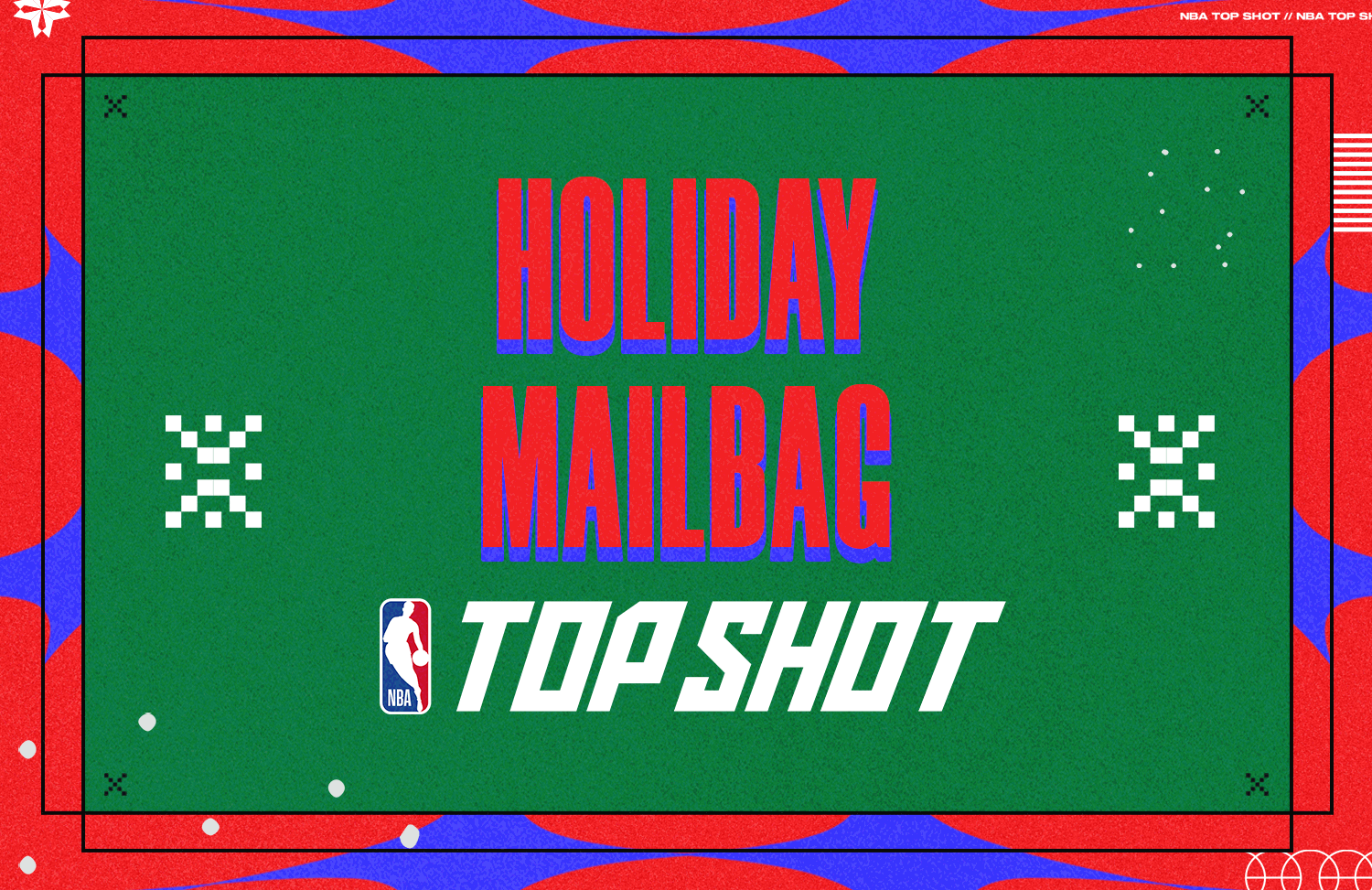 This was updated at 9:30pm ET to clarify which Series are eligible for Set Rewards.

Welcome to NBA Top Shot’s December 2022 Holiday Mailbag! In this update, you’ll find answers to some of the most pressing questions we’ve received from our community about Net Neutral Circulating Supply, Fan Communities, Set Rewards and Top Shot’s Mobile App.

Looking ahead to 2023, expect more Mailbags — and share the questions you want answers to by emailing mailbag@nbatopshot.com.

During Series 4, Top Shot is aiming to achieve “Net Neutral Circulating Supply.” In order to align with our community on how we’ll accomplish that and what it looks like, let’s dive into the details.

It does not mean that those numbers will be equal on a given day, week, or even month. It’s a destination to reach.

That timeframe should be clearly defined in the context of Net Neutral Circulating Supply for Series 4. NBA Moments in Series 4 were first released on June 7, 2022, with the introduction of Magic Johnson’s Anthology.

Since then, the following Common, Rare and Legendary NBA Sets have also been introduced in Series 4 — each capturing the stories and history of the NBA as officially licensed collectibles — all of whose activity would count towards the overall Circulating Supply to be Net Neutralized:

Series 4 will close sometime after the conclusion of the NBA Finals and before the beginning of the 2023-24 NBA season.

Now that we know when Series 4 started (June 7, 2022) and when it ends (Before the 2023-24 NBA season begins), we can define exactly what counts toward this Net Neutral Circulating Supply.

What Moments “count” for and against this goal? Let us clearly define that right here.

As stated in July and reinforced during the August 12, 2022 Office Hours with a written accompaniment, ”for every Moment we add, one will be removed from circulation via Crafting, Locker Room, and locked for Leaderboards. Circulating supply considers traded-in Moments, burned Moments and locked Moments.”

So the long and short of this Net Neutral Circulating Supply concept is this: when an NBA champion is crowned and their Finals highlights are celebrated on Top Shot, the number of Moments traded-in, burned and locked over the course of Series 4 will be roughly equal to the number of Moments released in Series 4.

The unprecedented transparency into all of Top Shot’s supply data is publicly available, which is part of what makes all of this so special. In no other collectible to ever exist could this level of information be available to all.

We hope you enjoy the NBA season, and all of the Moments we capture and celebrate as it unfolds. We look forward to introducing you to our new app, which will help you enjoy and personalize your collection more than ever before.

We are excited to share that our app is in the early stages of testing. Select collectors have already been invited to the alpha test, and we’re receiving great feedback with each passing day

We look forward to inviting many of you to the testing over the coming months. For now, here’s a sneak peek of what the app looks like in action right now.

The clock is ticking. For Set collectors on NBA Top Shot, January 5th is fast approaching.

When the clock strikes 5pm ET on January 5th, a snapshot will be taken. For every collector with a locked NBA Set from Series 1, Series 2, Summer '21 and/or Series 3 before the deadline, they’ll be eligible to earn a Set Reward Package consisting of multiple pack airdrops. These Set Rewards Packages do not apply to Series 4 Sets or WNBA Sets.

January 5th will be the first of two deadlines in the season to lock a set, with the second coming on May 30th at 5pm. Whether you lock before January 5 — or wait until the next snapshot on May 30 — you’ll be eligible for one Set Reward Package per NBA set you’ve locked.

For each fully-locked NBA Legendary set, collectors will receive:

For each fully-locked Rare NBA (non-MGLE), Base Set, Cool Cats or MSFE set, collectors will receive:

All other locked NBA sets and Vintage Vibes will receive:

These packs will be airdropped on a rolling basis as inventory is created. The first airdrops will come in January with the Metallic Gold LE pack airdrops for Legendary and NBA MGLE collectors.

Boosted Hot Packs, the guaranteed Rare NBA pack, and Top Shot 50 packs will be delivered later in the Winter and Spring as inventory becomes available.

Supported by NBA Top Shot, Team Captains have built huge Fan Communities for every NBA Team, and the WNBA as a whole, around the world.

We're excited to announce that the program is continuing into 2023, providing events, initiatives and giveaways around collectors' favorite teams.

If you're not involved in your Fan Community, be sure to check out the team channels and join your tribe!

Happy holidays, Merry Hoopsmas and thank you for being a part of our community!