Hot Hands: What To Know About The First Flash Challenge Of Series 3 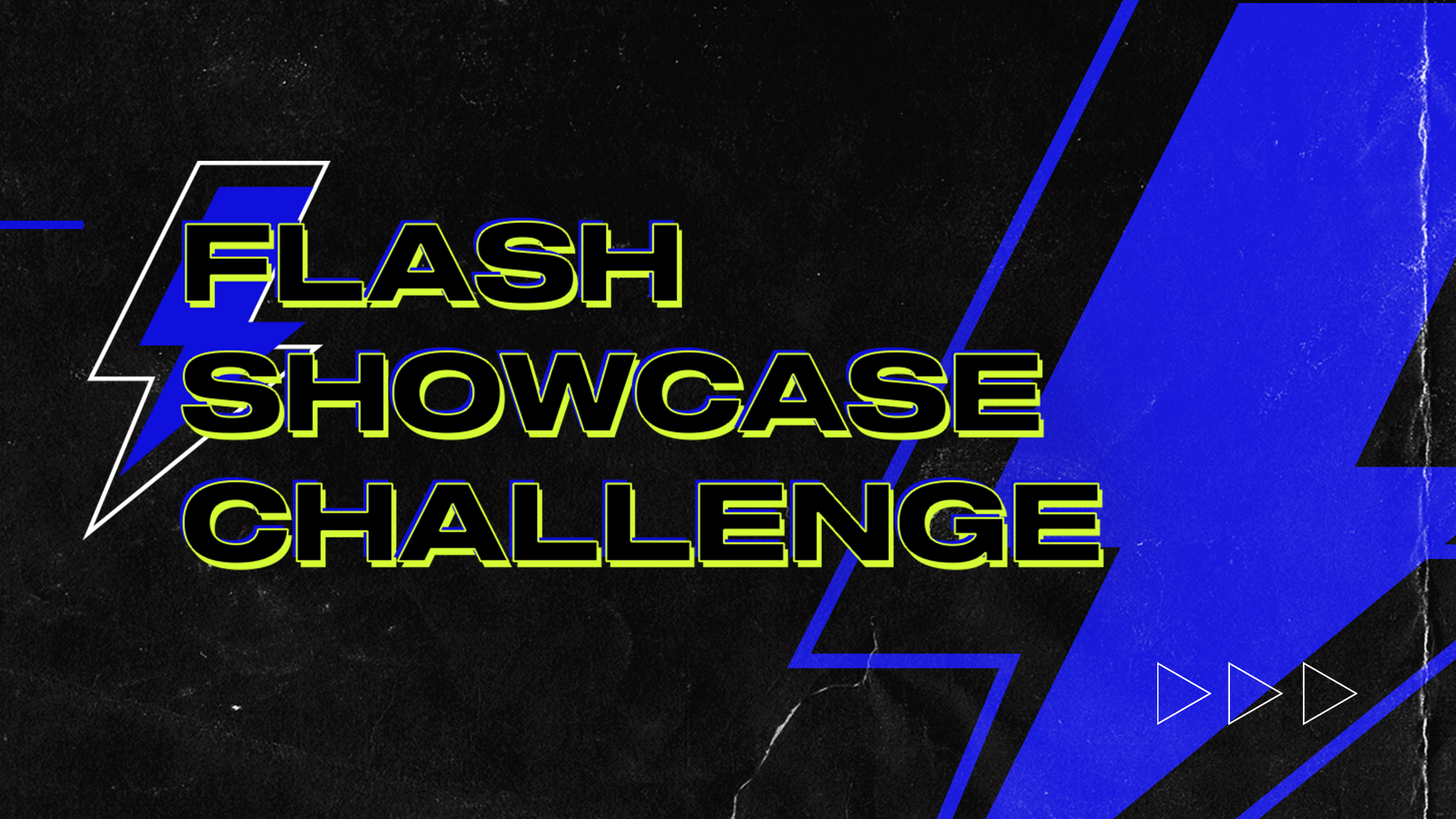 And while Tuesdays and Thursdays tend to host the marquee matchups … real ones know that Wednesdays and Fridays are the nights for hoops junkies.

So tonight, for the first time in Series 3, we’re taking one of our community’s favorite Showcase Challenges from S2 -- the single-game Finals Challenges -- and bringing it back.

Except this time, it’ll be across an entire 11-game night. And if you add the five leading scorers from Wednesday’s games into the Showcase by Thursday, November 18 at 1pm PST, you’ll get a Series 2 Base Set Pack for it -- as a special way to celebrate the first night.

Keep reading for what to expect from Wednesday’s slate.

(not including players listed as questionable or out)

But What About The Games Tho...

First off, how good have the Wizards been? DC’s had an on-again, off-again relationship with the Eastern Conference Playoffs of late, but the East-leading Wiz (winners of 5 straight) have jumped out to their best start in 41 years thanks to one of the league’s best defenses.

Leading scorer Bradley Beal may be out for Wednesday night (stay tuned to Twitter) for personal reasons, pushing the scoring burden to Montrezl Harrell (18 PPG) and Spencer Dinwiddie (17.0 PPG). But the Wizards have been resilient even with their all-world scorer out, climbing back from 19 down to win on Monday.

Meanwhile, the Hornets come into Wednesday as one of the league’s other hottest teams, racking up three straight wins -- including one on Sunday to give the Warriors just their second loss of the year. LaMelo’s been good for about 17 #NBATopShotThis Moments a night, while CHA leading scorer Miles Bridges has put himself in the early contention for Most Improved Player.

Two Central Division squads just trying to figure it out … with a chance for this one to either be a high-scoring shootout or a defensive slog.

For Indy, Domantas Sabonis embodies consistency, with double-doubles in six of his last seven, while Malcolm Brogdon may have the highest scoring upside in this one. Myles Turner, meanwhile, may have some of the biggest impact on buckets in this game, as the NBA’s leader in swats.

For the Pistons, #1 overall pick Cade Cunningham’s coming off the best game of his young career (25 PTS) -- though with Cade yet to make his Top Shot Debut, he won’t be eligible for this one tonight. If you’re looking for a reliable scorer for the Pistons, look no further than Jerami Grant, who’s established himself as a bucket getter after winning a gold medal this summer.

A matchup featuring two clubs off to slower starts than they’d have wanted also has a pretty good shot of having two of the night’s top 5 scorers.

In ATL, Trae Young’s coming off eight 3’s and 42 points his last time out -- tying a career-high for treys in a game. Jaylen Brown’s still out for Boston, making Jayson Tatum an even greater focal point for a Celtics offense trying to find a groove.

Two interweaving stories in this one.

Anyway, the game’s in Brooklyn, Durant’s at the peak of his powers, and the Cavs will be playing shorthanded tonight -- with red-hot rookie Evan Mobley out 2-4 weeks, Collin Sexton out indefinitely and Jarret Allen missing the road trip due to illness. Look for Darius Garland to lead the charge on offense for Cleveland with a bigger opportunity.

After dropping to the Warriors on a poor shooting night yesterday, look for a locked-in Nets team to go on the attack tonight.

Let’s start with the stats. Miami has the league’s fourth-best scoring offense (Offensive Rating of 111.0), taking on the league’s lowest-ranked scoring defense (112.9 on the year for NOP). Look for Miami to heat up tonight.

Injuries will throw in a wild card, though, with Jimmy Butler and Bam Adebayo both questionable for this game, opening the door for a resurgent Tyler Herro to have a big night.

On the New Orleans side, injuries have crushed the Pelicans -- though the return of Brandon Ingram has given them a big boost, with the rangy forward putting up 25 PPG in his first two games since returning.

Cole Anthony had some major moments (and Moment™ collectibles) in his rookie season last year.

But already in 2021-22, after being snubbed from All-Rookie last year, he’s looking like a potential rising star in this league (not to mention an elite postgame interview). And the last time he played in MSG, the NYC native went off for 29.

For the Knicks, a bottom-half defense (17th in Defensive Rating, while Orlando’s 28th) showed some signs of life on Monday, when New York held Indy to just 10 fourth-quarter points. On the other side of the ball, All-Star Julius Randle has struggled over his past three, while Immanuel Quickley has found his touch from deep.

With LeBron still out, the lights shine on the frontcourt matchup, featuring Giannis & AD. But one subplot for the Bucks? All-Star Khris Middleton’s returning to the lineup, after not playing since Oct. 30 due to COVID protocols.

A less fun one? Milwaukee’s lost its last 4 games at home, with a Defensive Rating just under 108 PPG.

So as the Lakers start their road trip, down LeBron but coming off red-hot games from Talen Horton-Tucker (career-high 28) and Russell Westbrook (25 points and 8 assists), this one makes for an intriguing opportunity for a big individual night.

Both teams have struggled a bit of late, with Sacramento just snapping a four-game losing streak and Minnesota dropping nine of its last 13 … but this could be a sneaky candidate for a big night from somebody.

Both teams rank in the Top 10 in pace, and while the Wolves rank 13th in Defensive Rating, the Kings stand at 21st. Meanwhile, the Wolves have 2 of the night’s Top 10 active scorers in Karl-Anthony Towns and Anthony Edwards.

Each of these teams is looking for some consistency, but they both have seen some hot hands over the past few weeks -- including Edwards’ 48-point night last week, and De’Aaron Fox’s 37 that same night.

Two of the youngest teams in the league are off to slow starts.

One bright spot? OKC’s Shai Gilgeous-Alexander, who’s already shown some flashes of brilliance in 2021-22, including a bucket from the logo to beat the Lakers two weeks ago.

Luka Dončić (ankle) could be out for tonight's second nationally televised game, opening the door for Kristaps Porziņģis to step up again for the Mavs. And the Unicorn’s done just that over the past two games, putting up 30.5 PPG in two Mavs wins -- including a 29-point, 11-rebound, 5-for-8 night from the perimeter against the Nuggets on Monday.

Phoenix has looked the part as the defending Western Conference champs, with the Suns coming into this one seeking their 10th straight win. Contributions have come from everywhere, too. That said, Devin Booker’s continued to impress as a rising superstar, and looks poised for a big night.

Lots to love in this nightcap. Unless, of course, you love sleep.

Because of all the games to circle as a potential shoot-the-lights-out, Showcase-changing, holy-****-he’s-going-off showdowns, this one could be it.

The Bulls have two of the night’s top 10 scorers in action, in Zach LaVine and DeMar DeRozan. And after being all but written off over the last few years, DeRozan’s not only fourth in the NBA in scoring -- he’s also shooting 37% from three.

In Portland, the Blazers bring the league’s seventh best offense into the game, led by (who else) CJ McCollum and Damian Lillard. Portland should also get a bump from playing at home, where the Blazers have rattled off six straight wins at Moda Center.