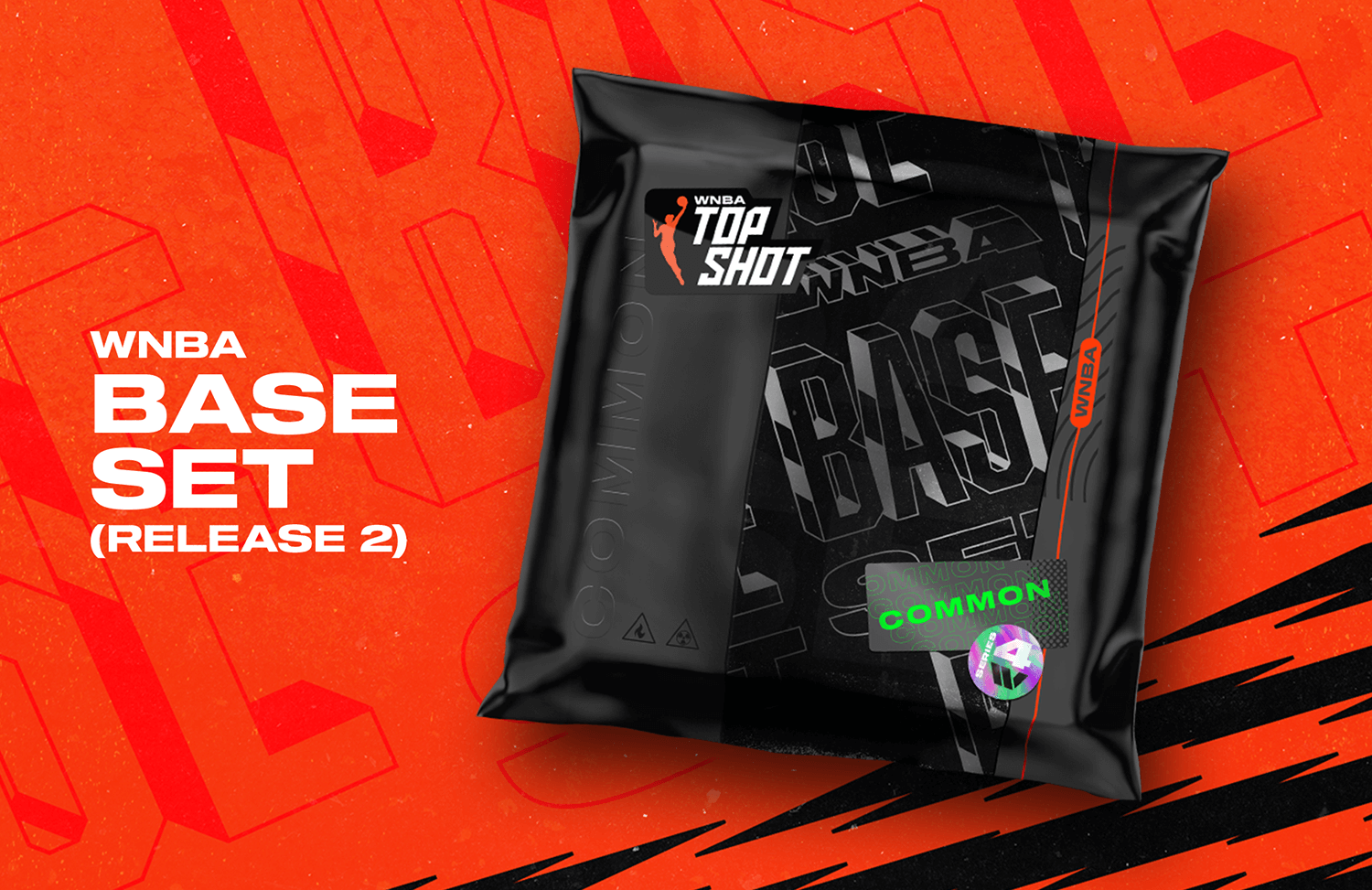 The second Base Set pack drop of the 2022 WNBA season lands on July 7, 2022, and it’s the perfect way to start your W All-Star Weekend festivities. Each pack is only $9 and includes three hand-picked and officially licensed WNBA highlights that you can own, trade and collect.

If you don’t land a new Moment (our name for highlights) from W vets and stars like Breanna Stewart, Chelsea Gray, Sylvia Fowles, Jonquel Jones, Marina Mabrey, Diamond DeShield or Brionna Jones, you’re going to find a WNBA Top Shot Debut Moment — AKA their first Moment ever — from one of 7 players, including 4 rookies. NBD!

With 14 players in these packs, we’re here to give you a deep dive into 7 WNBA players making their Top Shot Debut this week.

There’s a good chance that if you followed the 2022 WNBA Draft, you saw the Indiana Fever make a pick. The Fever squad had 7 draft picks in total.

Legit, almost 20% of the Draft was dominated by the Fever, including the #2 overall pick NaLyssa Smith, #4 overall pick Emily Engstler and #20 overall pick Destanni Henderson. And guess what! Those three WNBA rookies will be making their WNBA Top Shot Debuts — their first Moments ever — in this week’s WNBA pack drop.

The Fever had 4 first round picks, representing 33.3% of the entire first round selections, going all-in on a major youth movement to rebuild in a city with a rich basketball history. With Queen Egbo making her WNBA Top Shot Debut in our first pack drop of the season, Fever fans will have to keep their eyes open in the future for the arrival of Lexie Hull.

THE ARRIVAL OF RUI MACHIDA

Rui Machida was not one of the 36 athletes selected in the 2022 WNBA Draft — the 29-year-old Japanese Olympic Silver medalist (2020) was signed to the Washington Mystics after spending over a decade playing professional basketball in Japan. LFG!

The Japanese rookie may need a translator to communicate with the media, but the language of basketball on the court is one that she’s fluent in — as demonstrated in her silky smooth WNBA Top Shot Debut layup. The Moment is super special, because it captures her first game and points in the WNBA, a milestone in a career that’s proven and just getting started. The Mystics are off to a strong start to the year, with Machida playing a supporting role on a team led by W stars Elena Delle Donne, Ariel Atkins and Natasha Cloud.

Aerial Powers, Minnesota Lynx: The 5th overall pick from 2016, Powers is averaging 13.4 PPG. Her WNBA Top Shot Debut features a steal that leads to a slick assist in 27 point and 7 rebound performance from one of the best games of her career.

Chennedy Carter, Los Angeles Sparks: The 4th overall pick from 2020, Chennedy Carter is a new addition to the Los Angeles Sparks this season, and her first WNBA Top Shot Moment is an epic play where she takes it end to end, carving up the defense with her handles before dropping in a reverse layup in a W over the Dallas Wings. ‍Talk about a sick display of handles for the win and her Top Shot Debut.

Cheyenne Parker, Atlanta Dream: The 5th overall pick from 2015, Cheyenne Parker is making her presence felt on the Atlanta Dream after spending her first six WNBA seasons on the Chicago Sky. In her Debut Moment, Parker takes an inbounds pass and turns it into a contested buzzer beater that bounces off the rim as the backboard glows red to end the first quarter. Parker racked up 11 points in the Dream’s win over the Fever, and is averaging 11.5 PPG and 4.5 RPG while leading the Dream in shooting percentage and blocks per game.