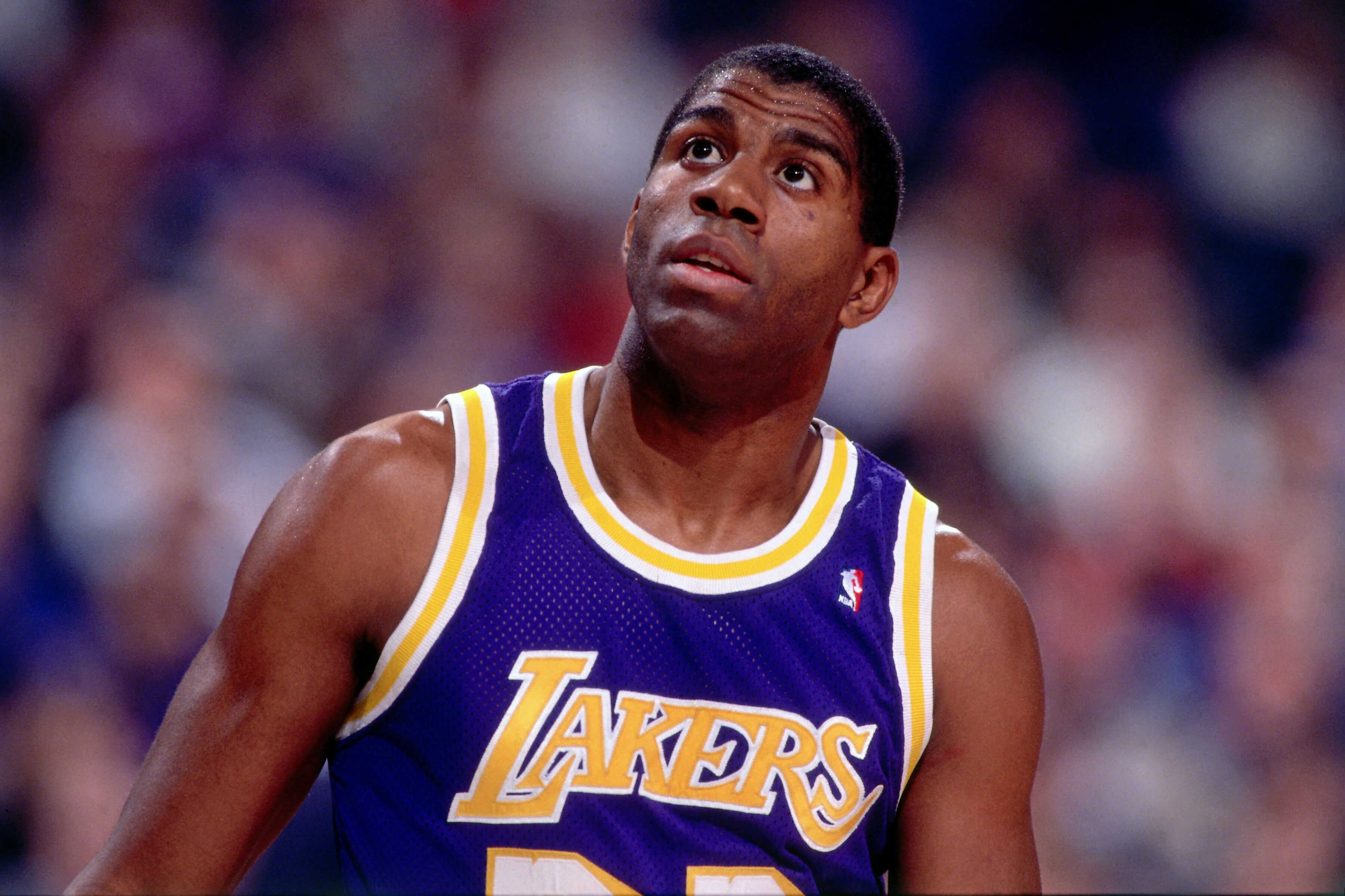 Much of what makes him worthy of a first-of-its-kind Anthology set isn’t quantifiable.

It’s tough to put value on the LA sheen. Technology can’t calculate euphoria in the arena. There’s no advanced stat for no-look dimes. That being said — and no surprise here if you’ve spent time on NBA Twitter — legacy loves laurels.

In any “great debate,” you gotta show the hardware. Trophies. Leaderboards. All-League.

Magic earned his fair share of accolades. There was substance behind his breathtaking highlights and dazzling superstardom.

Thanks to Magic & Company, LA in the 80s was no stranger to a victory parade.

Each section below pinpoints an impressive Magic career achievement. In a glance around the league today, only a handful of players can boast similar accomplishments.

Of players with 500+ games played, a few are close.

LeBron James – a name that will assuredly be repeated throughout this exercise – is at the top with four rings. Then, a run of guys with three: Stephen Curry, Draymond Green, Klay Thompson and Andre Iguodala (all eyeing a fourth this June) … plus Danny Green, JaVale McGee and Udonis Haslem.

It’s one thing to get to the pinnacle of the Playoffs, it’s another to be the best player on the court at the same time.

“The King” is the only player in NBA history to win the award with three different teams (Miami, Cleveland and Los Angeles). You could argue, and many tried, that LeBron should’ve brought home the award in 2015, despite losing to Golden State.

Trailing slightly, it was with the Warriors that Kevin Durant collected his two Finals MVPs in back-to-back seasons (2017 & 2018). Kawhi Leonard added to the San Antonio dynasty with a Finals MVP in 2014, then led a miraculous run in Toronto to secure another in 2019.

Magic didn’t settle for dominating over a couple 82-game seasons.

He maintained MVP pace for an entire decade.

The award evaded him for the first seven seasons of his professional career, but in 1987, 1989 and 1990, Magic’s value to the Lakers was too strong for voters to deny.

MVPs — certainly magical — come in all shapes, sizes and nationalities.

Make a list of one-word requirements to become a perennial All-Star and you'll get:

Magic mastered these pillars of success and was a fixture in All-Star Weekend.

Current players, including oft-captain LeBron, are borrowing the blueprint. Yup. Here he is again. LeBron has 18 appearances. Most, by far, of active players.

Magic could really pass. He put his own twist on a skill so fundamental and instrumental to the game.

Former Laker teammates ran out on the break with a deep trust of Magic’s instinct. Oftentimes, he dictated whether or not they were open before they even realized it themselves.

Chris Paul is the ultimate court general in today’s game. He’s led the league in assists five times in his career, including as recent as this season with the Phoenix Suns.

Paul’s a pick-and-roll aficionado. A drive-and-kick specialist. His affinity for sharing the ball is rivaled by active, three-time assists leaders Russell Westbrook and Rajon Rondo.