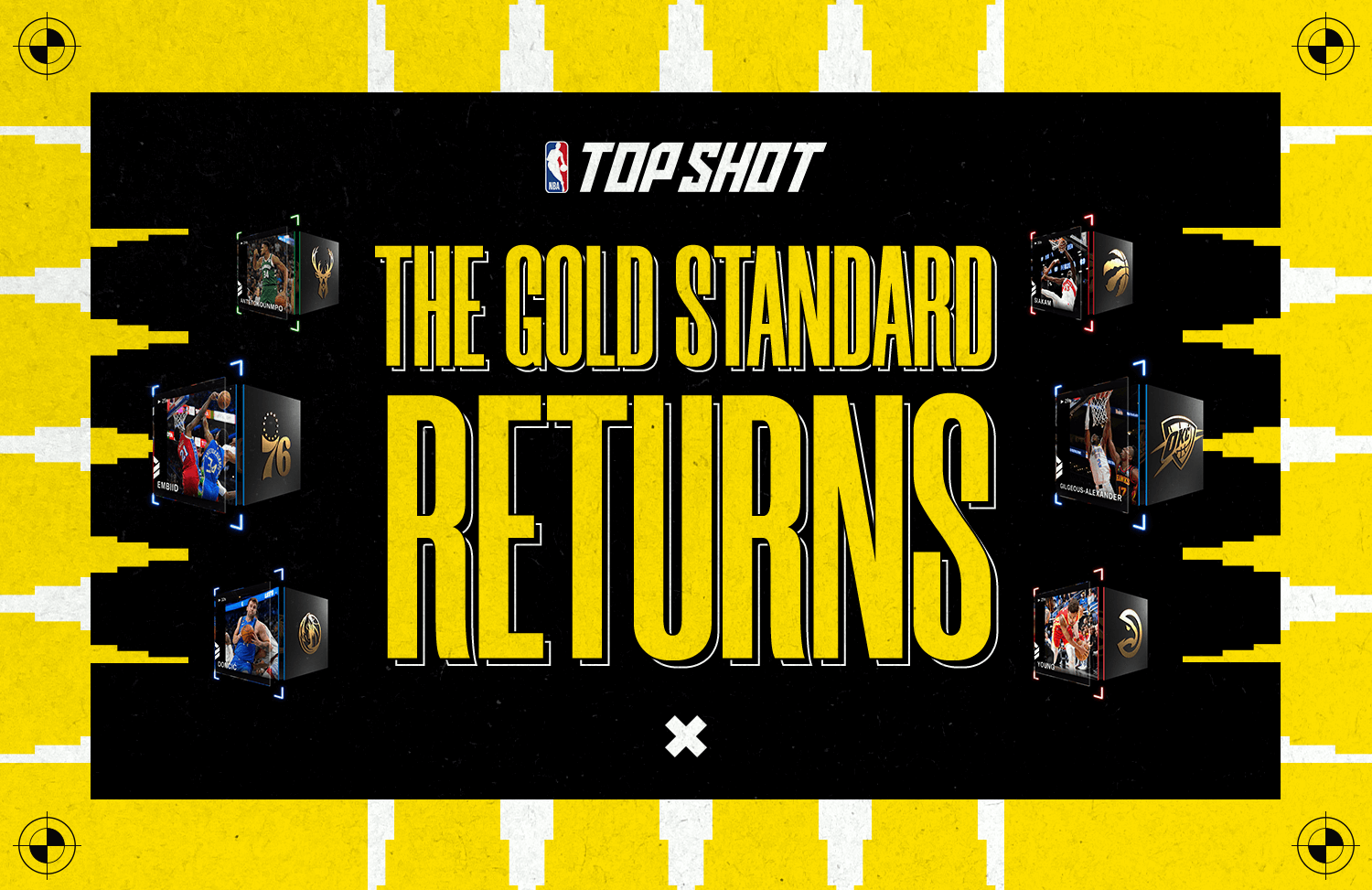 Since the beginning, Metallic Gold LE has been Top Shot’s flagship Rare Set.

This year, that tradition will continue with an even higher bar for players to earn their spots in the Set and for collectors to land a pack.

Only 3 players per team will receive a Metallic Gold LE Moment, the fewest ever.

Inside each pack, a guaranteed Rare Moment from some of the best players around the league.

The edition size of each Series 4 Metallic Gold LE Moment will be the lowest since our inaugural season, at just /399 per player.

Included in the first Metallic Gold LE drop of Series 4, you’ll find a breathtaking Luka Dončić assist, a Russell Westbrook revenge block on KD that will be talked about for years to come, a gravity-defying Giannis dunk, a Joel Embiid block on Giannis and new Moments from Shai Gilgeous-Alexander, Jamal Murray, Trae Young, Jalen Brunson and other stars from around the league.

GO FOR GOLD: GETTING YOUR METALLIC GOLD LE PACK

The first Metallic Gold LE drop of Series 4 is headlined by:

Best of luck in your pursuit of these Rare packs and the amazing Moments inside.

Be sure to share your best pulls with #NBATopShotThis!