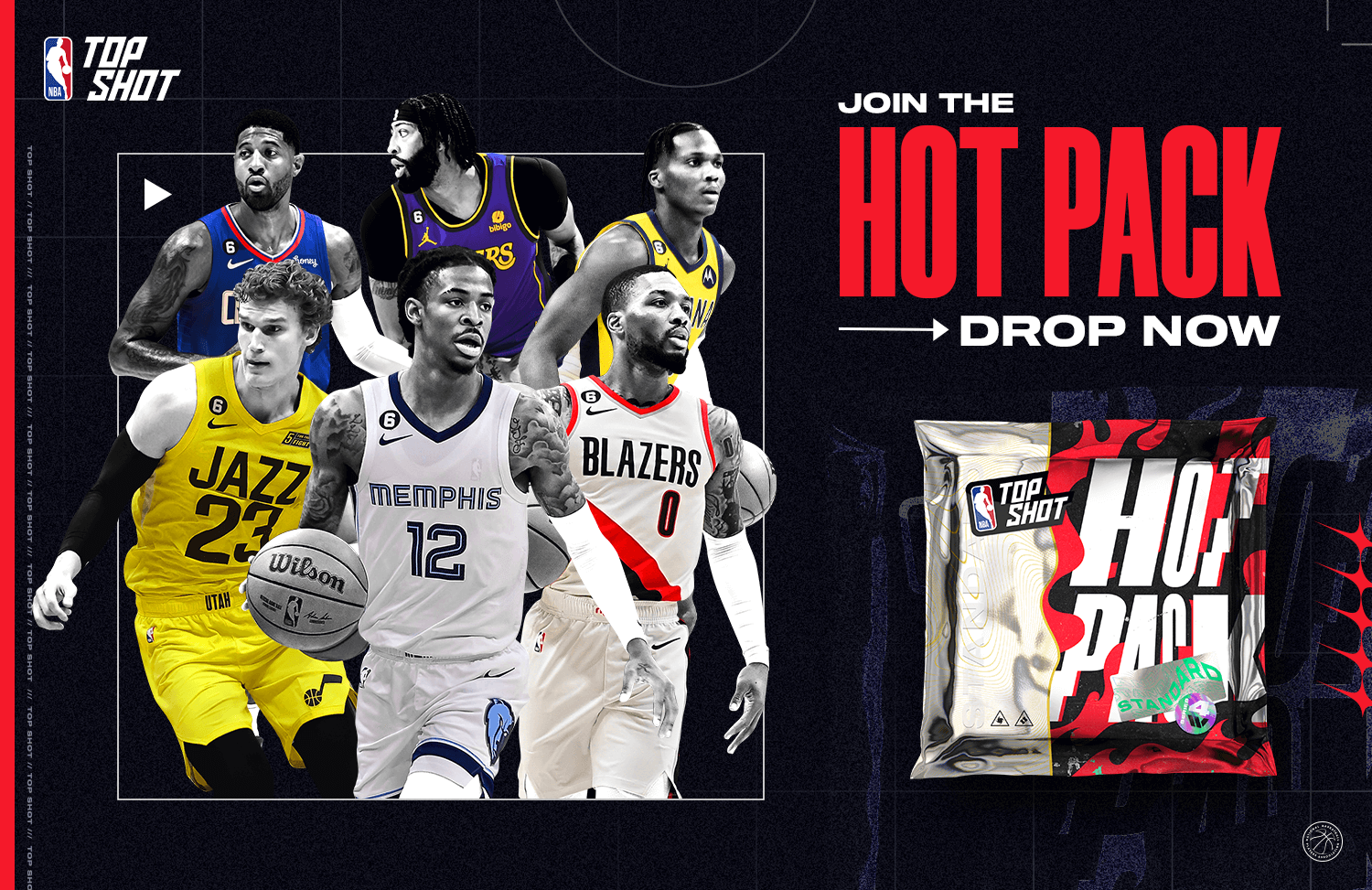 In the first few weeks of the season, nearly 1,000 NBA Top Shot collectors have attended NBA games with free tickets they’ve won by owning digital collectibles called Moments of their favorite players and teams — all through our Team Communities program.

Those games have been the source for some of the season’s most spectacular highlights to date, and starting this week, the best action on the court so far will become available as new Moments released in $10 packs.

If you’re new to NBA Top Shot, today’s a great day to create your account and start your collection by participating in this week’s festivities.

THE BOX SCORE: THIS WEEK ON NBA TOP SHOT

Headlining our first drop of the season is Bennedict Mathurin’s Top Shot Debut. Making an early case for Rookie of the Year, the 20-year-old from Canada is stuffing the stat sheet and breaking Indiana Pacers rookie records left and right. His first-ever Moment on Top Shot, capturing a clutch reverse bucket from his debut game in the NBA, is inside 3,800 of these packs.

7 Rare Fresh Threads Moments, featuring star players making their debuts for new teams, are also hiding inside these packs, with 400 of 425 Moments from each player available in these packs.

Alongside Mathurin’s Top Shot Debut and the fresh crop of Rares, you’ll find Moments from fan favorites and superstars like Ja Morant and Damian Lillard, making these $10 packs an incredible collector experience loaded with the potential for major excitement and value.

A full list of every Moment in the drop can be found here.

‍THE PLAY BY PLAY: GROWING YOUR COLLECTION WITH PACKS AND CHALLENGES

To celebrate the start of the season, it’s time to pay homage to the NBA players making their debuts on new teams — familiar faces finding a home in different places — donning “fresh threads.”

The Stifle Tower, Rudy Gobert, hitting a buzzer beater in his first game for the Minnesota Timberwolves? Yup.

John Wall’s first bucket in 545 days as a new member of the LA Clippers? You already know.

These packs will include Moments from the Base Set, Fresh Threads, Rookie Debut and a new Common Limited Edition collection called Spotlight Series. Parallel Moments will make their debut in a future drop.

One of the two Challenges will give collectors the opportunity to earn a Rare Highlight Reel from Jalen Brunson’s New York Knicks debut, in which he drew a game-saving charge on Ja Morant to send the game to overtime.

The other Challenge will give collectors the opportunity to earn a Rare Moment from Dejounte Murray’s debut with the Atlanta Hawks.

Murray, one of the league leaders in steals so far this season, showed his teammates why he’s the perfect complement to Trae Young, swiping five steals en route to an opening night win.

You can sign up here to request a pack.

For this drop, having a high Top Shot Score will allow you to request more packs.

We will not be able to fulfill all pack orders.

As the season progresses, having a high Top Shot Score will help collectors gain priority access to our most exclusive drops.

To participate in this pack drop, visit our Pack Drop HQ. New to NBA Top Shot? Start your collection today to join the fun. ‍