Way Too Early Sixth Man of the Year Candidates 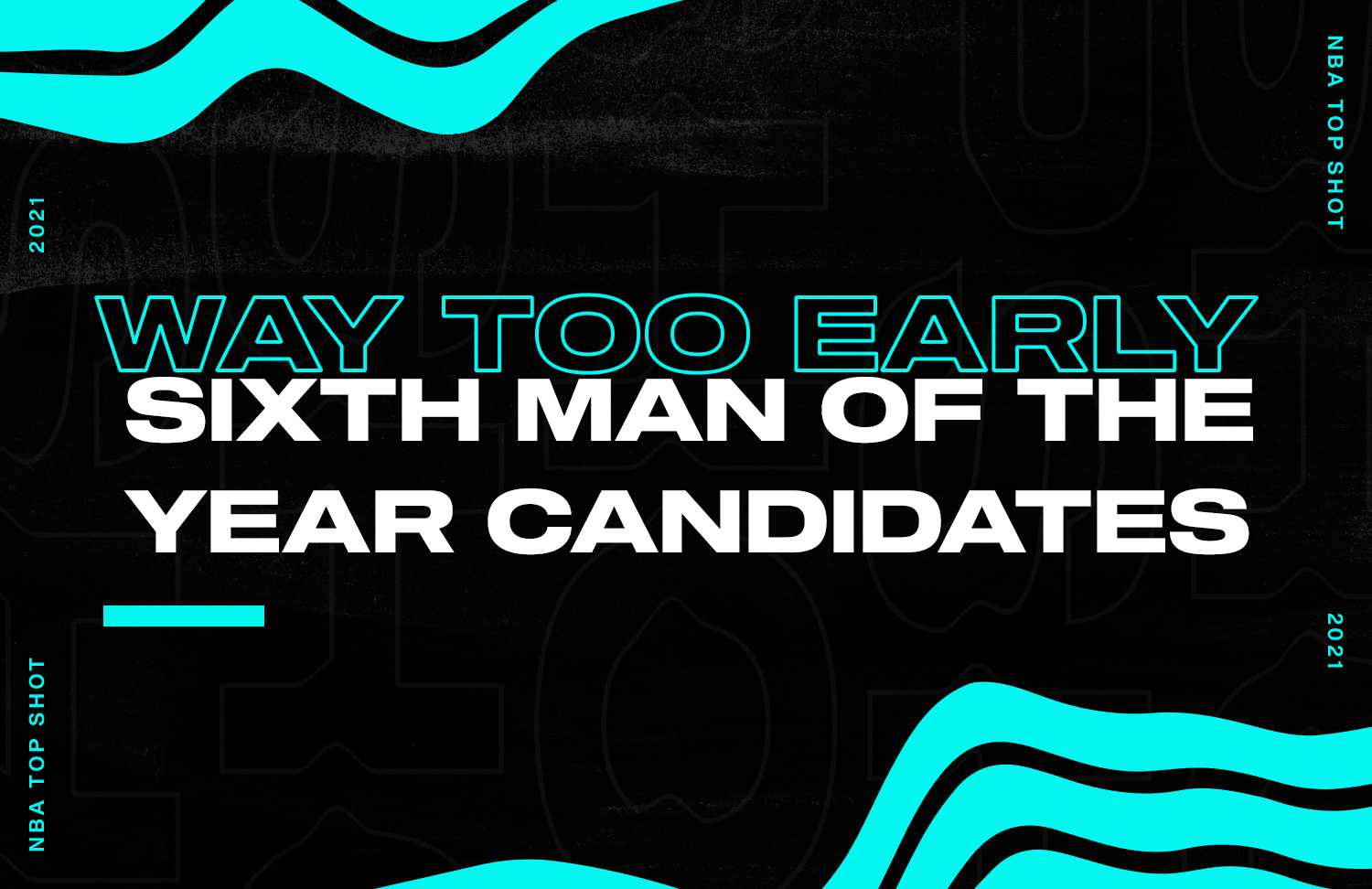 One of the most important catalysts for a team can come in the form of a player who provides a spark off the bench. An annual award, the NBA’s Sixth Man of the Year, is given to the league’s best performing player off the pine. This season’s candidates features an impressive collection of talent, including 2020 Sixth Man of the Year Montrezl Harrell and a couple of decorated former All-Stars in Carmelo Anthony and Andre Drummond.

Read on for an early look at some of the league’s top reserves so far this season.

Through 15 games, Tyler Herro is the frontrunner for “league’s best reserve.” Though Herro plays starter’s minutes (around 34/night), he’s mastered a role that took some adjusting to following Miami’s title run in 2020. Herro responded to an up-and-down sophomore campaign a year ago with career-highs in practically every category: points, assists, rebounds, field-goal percentage & 3-point shooting.

The obvious statistical improvement is one thing, but Herro’s newfound confidence as an all-around threat is another - he’s already helped carry Miami offensively in a number of victories to kick off the year and led the team in scoring in six out of 15 games.

The only question now is, will Erik Spoelstra eventually be forced to put Herro in the starting five at some point? If Herro remains in his same role moving forward, the award may be his to lose.

There’s not a bigger surprise in the league than the Eastern-Conference leading Washington Wizards (10-4). One key reason behind their resurgence is the play of Montrezl Harrell, who was acquired along with Kyle Kuzma and Kentavious Caldwell-Pope in exchange for Russell Westbrook.

Despite a disjointed year in LA a season ago, Harrell returned to his natural sixth man role in Washington and is producing accordingly: Harrell is currently 5th(!) in the NBA in Player Efficiency Rating (PER), with incredible output allowing Washington to maximize a bench unit that ranks 1st in field goal percentage (52%) and 8th in points per game.

Harrell is no stranger to the award - he took home the award with the Clippers in 2020. If Washington continues its winning ways, at least a top 3 finish is all but a lock for Harrell.

Carmelo Anthony is thriving as the Lakers’ Sixth Man this season - it’s been a perfect fit for the 10-time All-Star since arriving via free agency over the summer. When Melo enters the game, his singular focus is to put up points as a featured offensive weapon.

Similar to his role on Team USA, Melo makes a huge difference by simply spotting up & connecting from beyond the arc - he’s currently ninth in the league in three’s made (45) while maintaining the highest accuracy (44%!) of his 19-year career.

Melo’s efficiency has been impressive, along with his natural ability to carry a stagnant offense for stretches at a time. Without huge performances from Melo, (28 v. Memphis, 24 v. Cleveland, 29 v. Charlotte - all Laker victories), LA could easily be near the bottom of the West.

Hield is rapidly climbing the ladder as a go-to option off the bench. Sacramento’s sharpshooting guard has always been able to get buckets but now it seems he’s invested in the idea of providing instant offense off the pine rather than being fixated on a starting spot.

So far, he’s averaging 17 points per game on 40% from downtown - 3rd highest scoring average by any bench player - as the Kings hover around the .500 mark. Hield’s 65 made triples ranks second in the entire league behind Steph Curry (76).

Sixth Man of the Year is historically kind to dynamic backcourt scorers - look for Hield to end up a lot higher on the list if Sacramento stays around the playoff picture throughout the season.

Signing Andre Drummond for the veteran’s minimum was one of most underrated moves of the summer. Another former All-Star turned high quality reserve, Drummond is both the perfect backup to Joel Embiid and the ideal big to thrive against smaller lineups.

Drummond’s currently averaging just over 11 rebounds/night in only 22 minutes, a per 36 minute average of 18.5 boards. He’s always contributed at a high volume on the glass (led the league four times in Detroit) but his ability to dominate off the bench allows Philly to get Embiid some rest during games and gives Coach Doc Rivers a true, starting-caliber center whenever Embiid is out of action.